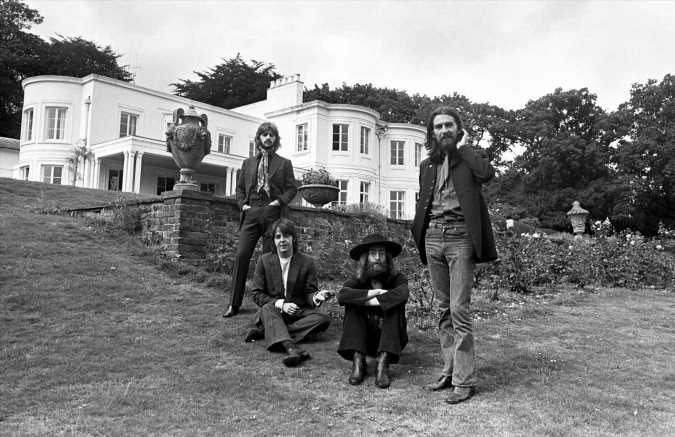 Thursday marks 50 years since the summer day when the Beatles made the most famous traffic crossing in history, outside of EMI Studios on Abbey Road, North London. Photographer Iain Macmillan was on hand to capture the image of four young men leaving their place of work. Less than two months later, the photo would grace the cover of Abbey Road, transforming the humble zebra crossing into a tourist mecca, and Macmillan’s photograph into multi-generational touchstone. At the time the Beatles couldn’t be certain that this record would be their swan song, but there was a palpable feeling that they had outgrown the confines of the group. A sequencing session held on Aug. 20, 1969 would mark the last time the Beatles were all together in the studio. In the end, they named their final unified effort for the place that had served as their creative laboratory and sanctuary for the previous seven years.

In honor of the anniversary, an expanded edition of Abbey Road has been announced, featuring 23 studio outtakes and rare demos, most of which have never been released. Due out on Sept. 27 (nearly 50 years to the day after the original first hit shelves in the U.K.) the new collection also features remixes by producer Giles Martin and mix engineer Sam Okell in stereo, high res stereo, 5.1 surround, and Dolby Atmos.

“The magic comes from the hands playing the instruments, the blend of The Beatles’ voices, the beauty of the arrangements,” Giles Martin explains in his written introduction for the new edition. “Our quest is simply to ensure everything sounds as fresh and hits you as hard as it would have on the day it was recorded.”

As with the expanded versions of Sgt. Pepper’s Lonely Hearts Club Band (2017) and ‘The White Album’ (2018), the Abbey Road reissue comes in a variety of formats and packages. The most expansive is the Super Deluxe set, which includes the new stereo remix, two discs of outtakes, a Blu-Ray for high res stereo, 5.1 surround, and Dolby Atmos remixes, and a 100-page book which features a foreword by Paul McCartney, introduction from Martin, and in-depth notes and essays by historians Kevin Howlett and David Hepworth.

Among the unreleased tracks include an unheard home demo of the McCartney-penned “Goodbye” (destined for the singer Mary Hopkin), a studio demo of George Harrison’s elegant “Something,” a trial mix of the mammoth side two medley (dubbed “The Long One”), and an early take of the epic “I Want You (She’s So Heavy)” that resulted in a noise complaint from a studio neighbor.

This is the latest good news for Beatle fans this year. In January, it was announced the Beatles’ 1970 documentary film Let It Be is getting a long-awaited reissue after decades of unavailability — and that’s not all.

Academy Award-winning director Sir Peter Jackson (famed for his groundbreaking Lord of the Rings trilogy) is assembling an additional, yet-to-be-titled documentary from 55 hours of outtakes shot in January 1969, while the Beatles were holding sessions for the album that would be released 18 months later as Let It Be.

“The 55 hours of never-before-seen footage and 140 hours of audio made available to us, ensures this movie will be the ultimate ‘fly on the wall’ experience that Beatles fans have long dreamt about,” Jackson said in a statement. “It’s like a time machine transports us back to 1969, and we get to sit in the studio watching these four friends make great music together.”