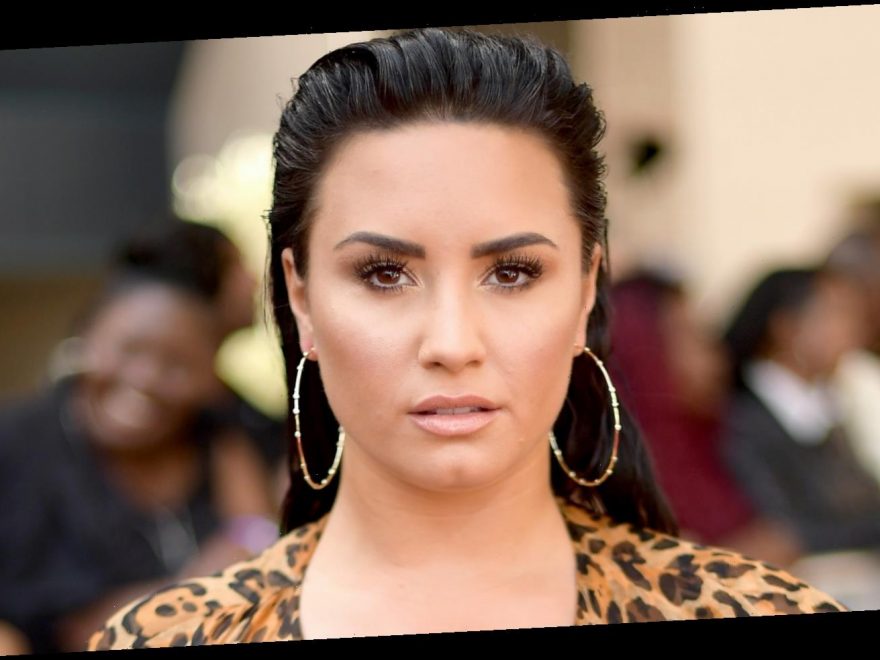 Demi Lovato’s track “Commander in Chief” debuted on Oct. 14, 2020. The accompanying music video features clips of protestors as well as tributes to George Floyd, who died on May 25, 2020 at the hands of Minneapolis police, according to BBC. In the video, there are also clips of marches and tributes to Ahmaud Arbery and Breonna Taylor. Lovato ended the video with the words “Black Lives Matter.”

It’s no coincidence that Lovato released her song right before the presidential election on Nov. 3, 2020, according to Billboard. Lovato actually spoke about the song’s meaning on the same day of its release and here’s what she had to say.

Demi Lovato’s track “Commander in Chief” is packed with political commentary as well as a scathing message directed at President Donald Trump. Lovato spoke to CNN on Oct. 14, 2020, the same day her new song premiered. “There’s been so many times that I’ve wanted to write the President a letter or sit down with him and ask him these questions,” Lovato said. “And then I thought, I don’t really actually want to do that and I thought one way that I could do that is writing a song and releasing it for the whole world to hear and then he has to answer those questions to everyone and not just me.”

According to CNN, Lovato’s goal isn’t to spark division but rather to encourage her fan base to vote on Nov. 3, 2020. The message is emphasized by Billboard, as they outlet points out that unity is Lovato’s greatest goal with her new track.