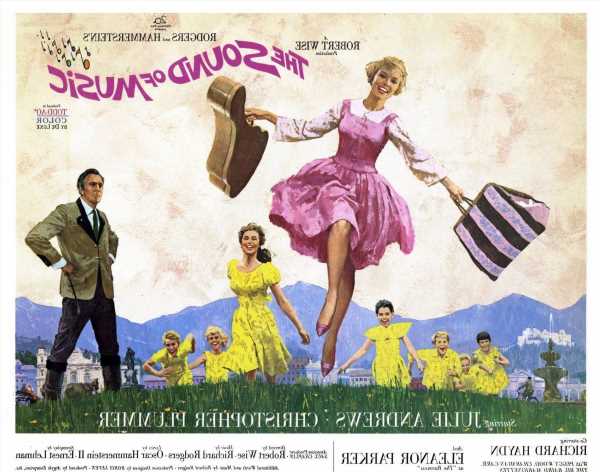 Ariana Grande‘s “7 Rings” samples “My Favorite Things” from Rodgers & Hammerstein‘s The Sound of Music. One of the actors who appeared in the 1960s film version of The Sound of Music felt the contrast between the original songs and Grande’s song said something about society. In addition, the chief creative officer of the Rodgers & Hammerstein Organization commented on “7 Rings.”

Julie Andrews famously performed most of “My Favorite Things” in The Sound of Music. Several of the child actors from the film sang part of the song as well. One of those actors was Nicholas Hammond. Hammond also played Spider-Man in a series of television films and appeared as a director in Quentin Tarantino‘s Once Upon a Time in Hollywood. During an interview with Variety, he discussed his feelings about “7 Rings.”

“The genius of Rodgers & Hammerstein is that their songs become a part of the DNA of the audience,” Hammond opined. “Ariana is assuming her audience will be familiar with the original, and putting her own hip-hop take on it.”

“Ariana takes the same boast of money and possessions that male rap and hip-hop artists use and turns it into an all female declaration of material success,” Hammond added. “The contrast between the sweetness and simplicity of the original and the consumerism of her version to me is a comment on the world today.”

The way the world reacted to Ariana Grande’s ‘7 Rings’

“7 Rings” was popular in the United Kingdom too. According to The Official Charts Company, “7 Rings” remained 20 weeks on the chart, spending four weeks at No. 1. Meanwhile, Thank U, Next hit No. 1 and lasted on the chart for 92 weeks. Whether it is materialistic or not, “7 Rings” seemed to connect with audiences in the U.S. and the U.K.