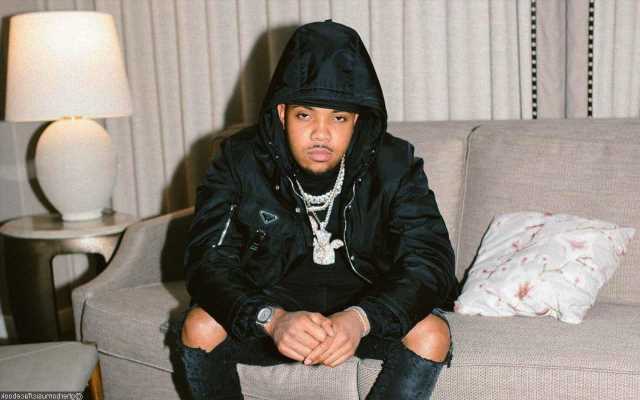 The ‘Being Honest’ rapper is allegedly being shot at while performing onstage at a Clark University event in Atlanta as a viral video shows the star enjoying himself before the gunfire erupts.

AceShowbiz -G Herbo (previously Lil Herb) may have been targeted at in a recent shooting. Reports are circulating on the Internet that the rapper, who hails from Chicago, was being shot at while performing in Atlanta on Thursday night, October 13.

A viral video apparently caught the chaotic moment on camera. The clip begins with G Herbo seemingly enjoying himself as he danced onstage during his performance at Clark Atlanta University homecoming.

Just moments later, what sounds like gunshots rang off. The camera phone then dropped as the students began to scatter. People can be heard in the background saying, “Get down” and “stay down.”

There are no reports of injury so far, so it is assumed that G Herbo wasn’t harmed in the incident. Despite the supposed shooting incident, CAU’s homecoming festivities are set to continue through the weekend.

G Herbo has not addressed the alleged shooting at his show. Recently in an interview, G Herbo talked about celebrating “wins while still being haunted by past trauma and dealing with survivor’s guilt.” “That’s what survivor’s remorse is. Ten years later,” he said on “The Breakfast Club” earlier this week. “That’s what I’m tryna say, Charlamagne. I never really been able to celebrate my wins, for real and that’s probably why I’m so humble because I don’t live in a moment.”

Sharing a compilation of his previous interviews on Instagram on Thursday, the “Being Honest” spitter captioned it, “THIS CHAPTER BOUT MANNING UP & ACCOUNTABILITY!! YOU CAN NEVER BOSS UP IF YOU STILL THINKING LIKE A LIL BOY!”

The star, born Herbert Randall Wright III, has recently become a father of three after his girlfriend Taina Williams, the estranged stepdaughter of rapper Fabolous, gave birth to their second child together, a daughter named Emmy, in July. They welcomed their first child together in May 2021. He is also a father to 4-year-old Yosohn Santana Wright, whom he shares with his ex Ari Fletcher.