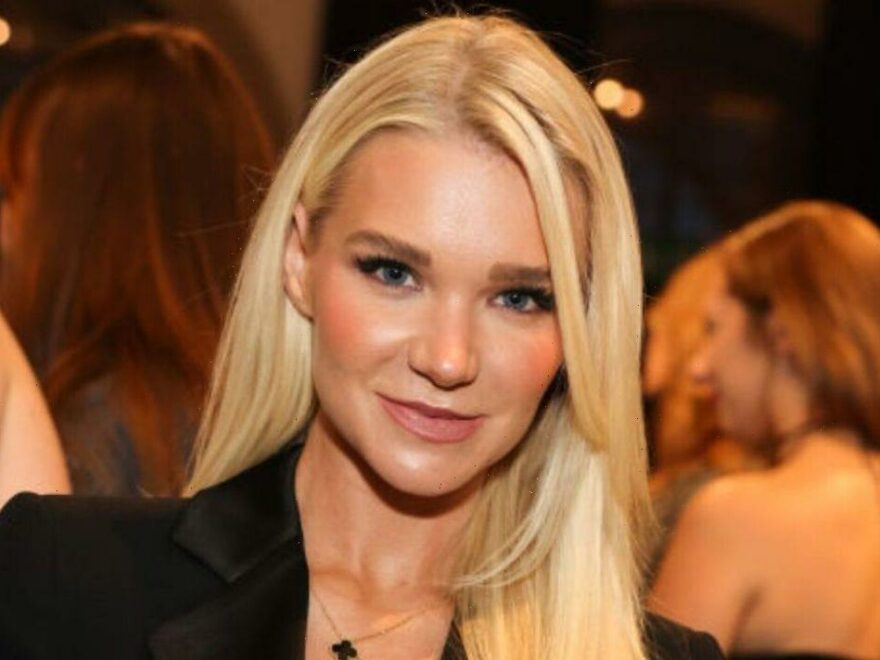 Abbie Quinnen, 25, has been through everything with fellow dancer AJ Pritchard, 27 – even the horror accident which left her suffering agonising third degree burns on her face and body last year. After tenderly dressing her bandages and pledging commitment to her, the pair’s relationship has now fallen apart, despite Abbie feeling so smitten she had told Express.co.uk of her plans to make a musical about the couple’s romance.

I did definitely trust AJ [and] if he had been doing [Strictly] now, I wouldn’t bat an eyelid because I know that he loves me very much

Abbie Quinnen prior to splitting with AJ Pritchard

She had earlier revealed how it didn’t occur to her that the man who constantly declared his undying love for her would ever betray her trust, despite him previously “working non-stop” with female celebs on Strictly.

“I did definitely trust AJ… and if he had been doing [Strictly] now, I wouldn’t bat an eyelid because I know that he loves me very much,” she gushed.

“How much he’s been there for me [after my accident] actually made me realise I’m really in love with him.”

She added: “A musical [about our lives together and what we’ve been through] is definitely something I should think about and it’s a crazy story. I’ll definitely consider doing that.”

Sadly, the pair who had earned the status of “couple goals” around the UK for their romantic attitudes are now no longer together.

Abbie shared how she felt AJ had been “completely emotionless” when he split up with her, before going public with his new girlfriend days after their split.

“AJ isn’t the person I thought he was,” she exclaimed, adding: “After everything I went through with him I thought we would be together for ever.”

Admitting that her “disappointment” at discovering his true feelings had come totally out of the blue, she added to The Sun: “AJ was my world and I didn’t recognise the guy who was breaking up with me.

“He told me he no longer loved me and didn’t want to be with me any more… this has knocked my confidence.”

Meanwhile, AJ has confirmed his new romance with his reality TV co-star Zara Zoffany – just a week after Abbie pledged that she was considering marriage to the former Strictly fave.

However, Abbie – who has made enormous progress with skin grafts since a Tiktok hack went wrong and left her with third-degree burns on her face and body – posted a glammed up photo of herself dressed in all-white on Instagram soon afterwards.

It followed the emergence of photos showing AJ kissing Zara, whom he got to know while filming Channel 5 show The Challenge in South Africa, in the middle of the street.

Pals including the Love Island star Maura Higgins sent her fire emojis as a show of solidarity, while her mum Mandy loyally chimed in: “And you my beautiful daughter are worth more than money can buy.”

Abbie had earlier claimed that AJ had been discussing marriage with her, but “completely changed” once she raised the subject of Zara and the text messages between them.

Prior to that, the lovestruck star had told Express.co.uk of her desire to channel the stars of Dirty Dancing on the West End stage, before eventually starring in a musical of their own.

“Me and AJ saw Dirty Dancing and we were thinking we’d be the perfect Baby and John Travolta, wouldn’t we?” she exclaimed.

“I think we’d be amazing at that. AJ’s so up for wanting to do a West End show – preferably together.

“We both just absolutely love to dance and that’s our passion so to be able to dance with each other and really love each other at the same time, it just feels incredible.”

She added poignantly earlier this year: “AJ remembers the moment we met so vividly. He can even list off what I was wearing that day.”