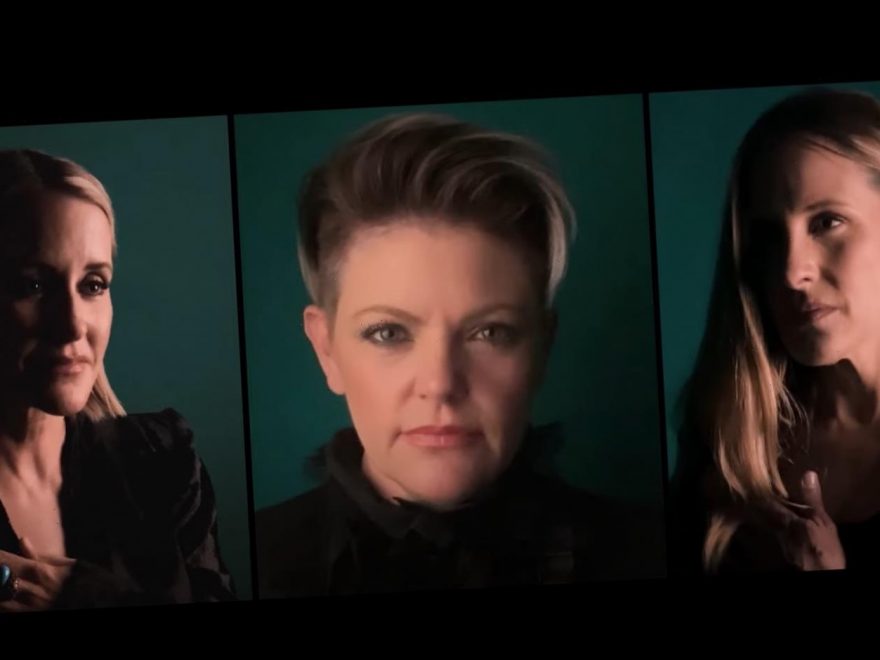 The Chicks remotely performed “The Star-Spangled Banner” at the 2020 Democratic National Convention on Thursday night, closing out the event.

The last time the band performed “The Star-Spangled Banner” for a large audience, it was back in January 2003 for Super Bowl XXXVII, about a month and a half before the Chicks were blacklisted from country music for their criticism of George Bush at a London concert. The trio singing the National Anthem in 2020 carries a much different resonance than it did over 15 years ago, but their harmonies remain the same: gorgeous, soaring and perfectly in sync.

Earlier this summer, the Chicks released Gaslighter, their first album since 2006’s Taking the Long Way. It featured the tracks “Gaslighter,” “Julianna Calm Down,” “March March,” “Sleep at Night,” “Texas Man” and more. Upon releasing “March March,” a protest song that came out during the height of the George Floyd demonstrations, the band changed their name from the Dixie Chicks to just the Chicks, acknowledging the Confederate connotations of the word “Dixie.”