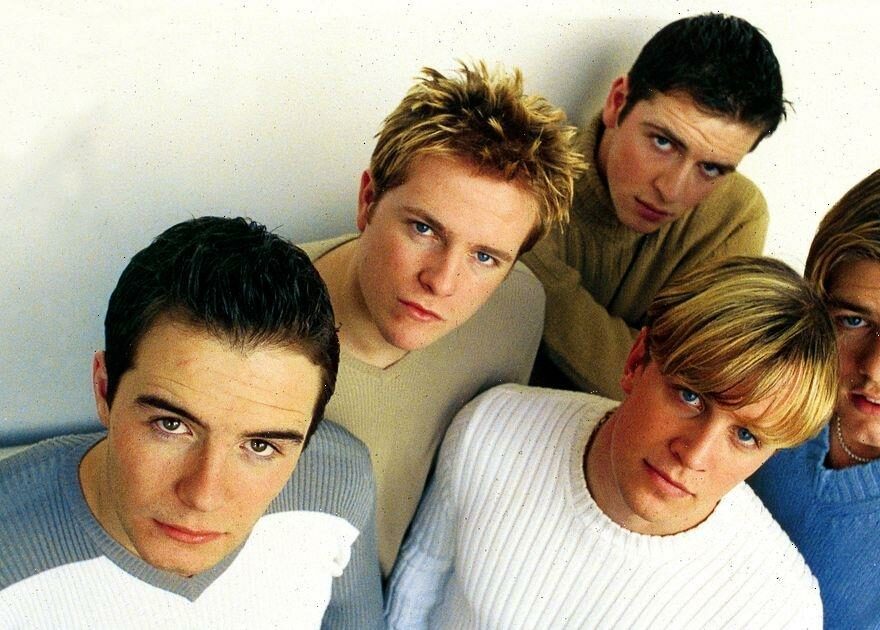 After a wait of over two years, fans of Westlife will finally get to see their favourite band live, with their long-awaited tour of the UK, Ireland and Asia kicking off on Friday.

The Wild Dreams tour starts in Kent at Hop Farm before taking in arenas like the O2 in London, the Hydro in Glasgow and the 60,000-capacity Aviva Stadium in Dublin.

And it's safe to say the band are absolutely buzzing about it, with Mark Feehily, Shane Filan, Kian Egan and Nicky Byrne geared up to perform in front of crowds for the first time since the beginning of the pandemic.

Having been together for almost 25 years, many would assume the band have been happy all the way through and are close.

While this is the case nowadays, it wasn't always the way.

Here, we take a look back at some of the major moments in the career of Ireland's favourite boyband. The six had performed together in their school musical productions and caught the eye of Louis Walsh after two singles were produced. He was contacted by one of the parents of the lads, and plugged them to Simon Cowell.

But that didn't end up going too well, with the media mogul telling Walsh :"You are going to have to fire at least three of them. They have great voices, but they are the ugliest band I have ever seen in my life."

Fast forward to a few weeks later, where Lacy, Keighron and Garrett were booted out, with Nicky Byrne and Bryan McFadden joining after auditions.

That got the ball rolling for Westlife (initially called Westside) in 1998.

Crazy fans rob band and rip hair out on stage The Irish crew have sold out stadiums world wide on multiple occasions, including the 80,000 capacity Croke Park in Dublin and Wembley.

But not all of the band's memories are fond ones, as Shane once explained that the band's "monstrous" fanbase turned darker at some points and have even robbed and assaulted members.

Shane said: "When we were younger, fans used to come in thousands, thousands of people would meet you at the airport.

"It was dangerous, there were people robbing us, taking chains off Kian's neck, he had a ring pulled off his finger.

"They used to pull our hair out, they literally used to take and pull out locks of our hair." He continued: "We were doing one of our first-ever concerts and fans were fainting, and staff took her out and laid her down.

"We thought 'what's going on here? It's getting a bit mad', then the next thing one of the girls who were laying down, having supposedly fainted, then jumped up on stage jumped on Mark's back and had her hands in her eyes.

"We were like 'what the…?' and then security came on the stage but she was not letting go. Stuff like that is not something you were ever used to and you never get used to it."

Westlife fans were left devastated when just six years into the band, Brian made the decision to leave.

The group managed to make five albums as a five-piece band before they became a four, with Brian’s exit confirmed just three weeks before the group headed on their fourth world tour.

In a bid to spend time with his family, which at that time, was his wife Kerry Katona and daughters Molly and Lilly-Sue, Brian left before the tour, making his last performance at a club in Newcastle in February 2004.

At the time, Brian said: "It’s very hard to juggle two lives when you’ve got a family."

Bandmate Egan added: "We’ve shared laughter, tears, success, weddings and babies, but most of all we’ve shared our dreams."

The split and solo attempts

Although the band carried on as a four-piece – including multiple number one albums – they did go their separate ways in 2012.

In a statement, the group said that Westlife had become a family to them, indicating that there was no bad blood between the group.

Shane and Mark both released solo albums, while Nicky and Kian both became reality show stars and presenters.

Shane would eventually file for bankruptcy after the collapse of his property development company.

At the time, Nicky revealed the reasoning for the split, saying: “Some things you might do as a band don’t reflect your own thoughts and personalities – that can be a good thing but it can also be frustrating.

“I was the last one to come round to the idea of Westlife ending because I am more the kind of person who likes to fix problems rather than throwing in the towel. But when we went our separate ways it worked well. We had to grow up sometime.

“There’s never the right time for the end of anything but when it happens and you move on, you have to do things for yourself, answer for yourself. And you’re out there on your own as Nicky Byrne.”

Nicky currently hosts a radio show and the Irish version of Dancing with the Stars, while Kian was crowned King of the I'm A Celebrity jungle back in 2013. 20 years on from their debut, Westlife fans across the world were sent into raptures in 2018 when the foursome confirmed that they were reuniting.

Their return album, Spectrum, topped charts in more than 15 countries worldwide and spawned the 'Twenty' tour, with the band once again selling out stadiums and arenas around the UK

Prior to their first gig in London, Mark said: "The best thing for our career that we've ever done is split up.

"We would not be standing here today announcing we're playing Wembley Stadium if we did not split up.

"Too much of a good thing can be a bad thing. This is magic. Westlife is like a holiday, and you shouldn't be on holiday all the time."

The release of Spectrum saw the band hit the achievement of releasing an album in four separate decades.