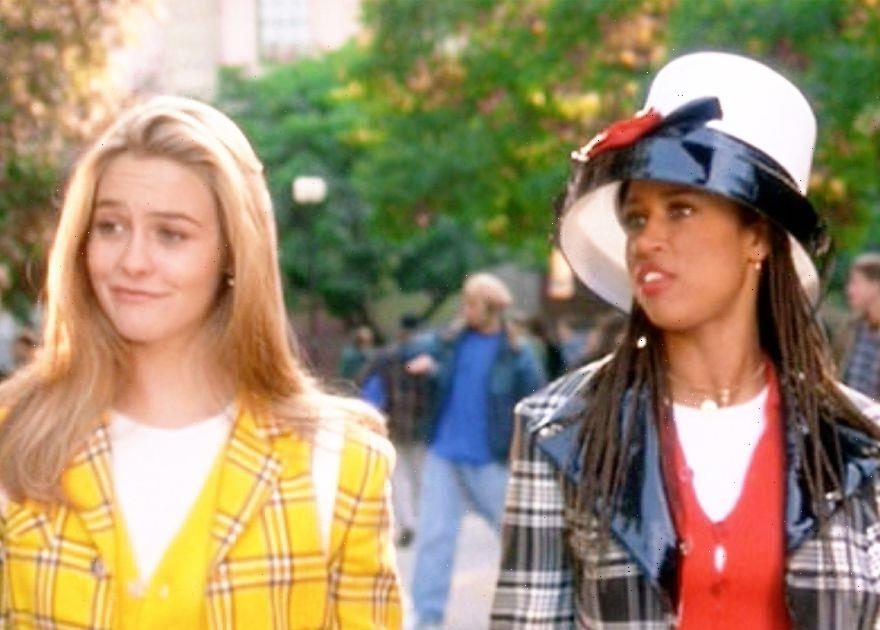 It's one of the most quotable films of all time and with a wardrobe that wouldn't look out of place in 2021 even though it was filmed more than 25 years ago – it can only be Clueless.

Loosely based on Jane Austen's Emma, it was released on July 19, 1995 and inspired a generation, and it included one of the most iconic outfits from a Hollywood film ever.

Who knew all this time later knee socks and yellow plaid would still be popular?

The Bronson Alcott High School class of 1995 have been busy ever since, and we'll take a look at what the actors behind Cher and co have been up to in the years since, including Alicia Silverstone, Paul Rudd, Brittany Murphy and many more.

The undisputed star as Cher Horowitz, Alicia Silverstone was cast after the film's director spotted her in Aerosmith's Cryin' video.

Playing the ultimate Beverly Hills brat elevated Alicia to superstar fame, after her "as if!" quotes and iconic wardrobe became the must-have everywhere.

She told Vogue: "I found Cher on the page to be materialistic and unappealing. And really annoying, to be honest. Just everything I sort of loathed. But I realised that was just me judging her, and once I started working on her I found all the heart and all the love. "

Alicia was only 16-years-old at the time of filming.

Since Clueless, she went on to star in Batman and Robin, Vamps, Suburgatory, American Woman and many more.

She’s an enthusiastic animal and environmental rights activists and encouraged others to go vegan.

She also starred in Netflix's reboot of The Baby-Sitters Club, based on a popular book series.

Alicia can now be found regularly posting on TikTok and recreating scenes from the film.

Stacey played one of Cher's bffs – Dionne Davenport. Incredibly, ageless Stacey was 28 years old when she played the role alongside Alicia's 16-year-old Cher.

She repeated her role for the Clueless spinoff sitcom, which ran from 1996 to 1999. She eventually starred in films, TV and music videos.

Her CV includes roles in the likes of View From The Top, The Game, and she even starred in Kanye's All Falls Down music video.

The star now has two grown up children, and launched her own series called Stacey Dash Is Normal.

She also often appears as guest commentator on Fox News.

It was rumoured last year that Clueless was going to be rebooted, with Dionne's character in the starring role but things have gone quiet since.

Back in September 2019, Stacey was arrested on a charge of domestic battery abuse against then-husband Jeffrey, and she pleaded not guilty.

He requested the case be dropped days later, saying Stacey had been arrested despite his objection.

Tragic Brittany Murphy was a much-loved character as outsider Tai, who was given a makeover by Cher and Dionne.

The role was a breakthrough for Brittany, and she landed many starring roles following the success of Clueless.

She starred in the likes of 8 Mile, Uptown Girls, Just Married and Sin City.

As well as acting she was also working on a music career, and released a single with Paul Oakenfold, Faster Kill Pussycat, which reached No1 Billboard's dance chart.

Her official cause of death was given as pneumonia, anemia and multiple drug toxicity.

Less than a year later, her husband Simon was found dead in bed of the same cause.

Many conspiracy theories have surrounded the couple's deaths since.

Everyone (including Cher) fell in love with him, and have been ever since.

He appeared in the last two seasons of Friends as Mike Hannigan, where Lisa Kudrow’s Phoebe also fell for him.

Paul starred in some of the biggest films, including Anchorman, The 40-year-Old Virgin, Knocked Up and many more.

He switched to superhero mode for Ant-Man, and appeared in the Avengers movies too.

Rudd married Julie Yaeger back in 2003, and they have two children together.

At the Clueless cast meet up in 2019, Paul joked about the secret to his youthful good looks, saying : “I’m 80 years old on the inside, I’m a mess underneath this.”

His co-star Breckin Meyer quipped that Paul was “sucking the lifeblood out of babies” for an hour before going on set to maintain his youth.

He also featured in the series spin-off alongside Stacey as Dionne, and the couple were stars of the show.

Donald also starred in Waiting to Exhale, Uptown Girls (a role that reunited him with Brittany Murphy) and Josie and the Pussycats.

However it was a small-screen role that made him a household name, as he starred as Dr Chris Turk on comedy Scrubs for an incredible nine seasons.

He also featured in sitcom The Exes and hosted many other comedy shows.

It wasn’t to be, and in 2012 he married CaCee Cobb, with fellow Scrubs star Zach Braff as his Best Man.

CaCee and Donald have two children together, and Donald also has four older children from previous relationships.

Despite Alicia getting all the credit, it was Elisa's character of Amber that came up with the iconic hand-gesture for "whatever".

Alongside Dionne and Murray, Elise’s role as Amber also carried on in the Clueless sitcom.

Away from the show she found success starring in projects such as A Night at the Roxbury and Beverly Hills, 90210.

Another hit role came when she played Morgan Cavanaugh on Sabrina the Teenage Witch.

Like Stacey, she also starred in music videos as the object of desire.

Elisa appeared as Joey Fatone from N*Sync’s love interest in his video for I Drive Myself Crazy.

Donovan and her fiancé Charlie Bigelow welcomed their daughter Scarlett Avery in 2012, and then married later that year.

She now stars in The Dog Who Saved… series and blogs about parenting for various publications.

Jeremy played the role of obnoxious rich kid Elton (who everyone loved to hate).

He went on to have a hugely varied career after appearing in Clueless.

His acting credits include starring roles in Waitress and Six Feet Under to voicing Batman.

The actor first found love in 1993 when he married actress Marisa Ryan.

He went on to marry Addie Lane in 2009, and they welcomed two children together: the interestingly named Charlie Ballerina and Bastian Kick.

Justin is famed for playing Cher's love interest Christian Stovitz, who she believes is the guy of her dreams.

Who can forget the scene where she falls off the bed trying to impress him?

However, Justin decided Hollywood wasn't for him, and chose another career path.

He became the owner of a Tacone Flavour Grill franchise in California, and focused his career on food instead.

One of the most recognised actors for playing stoners or skateboarders, Breckin Mayer found himself slightly pigeonholed after the success of playing Travis Birkenstock.

He managed to escape the cliché when he landed a leading man role in Road Trip.

Breckin then went on to act in Rat Race, Garfield and Ghosts Of Girlfriends Past, plus three seasons of Franklin & Bash.

He also provided voices for Robot Chicken and King Of The Hill.

As you might expect from the characters he plays, Breckin is also a successful musician.

He plays the drums for Rage Against The Machine star Tom Morello’s side project, called The Watchman.

Breckin married Deborah Kaplan in 2011, and they had two daughters together, Caitlin and Clover.

However, the couple divorced in 2012.