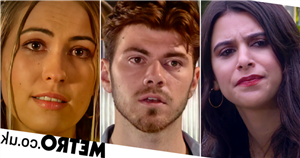 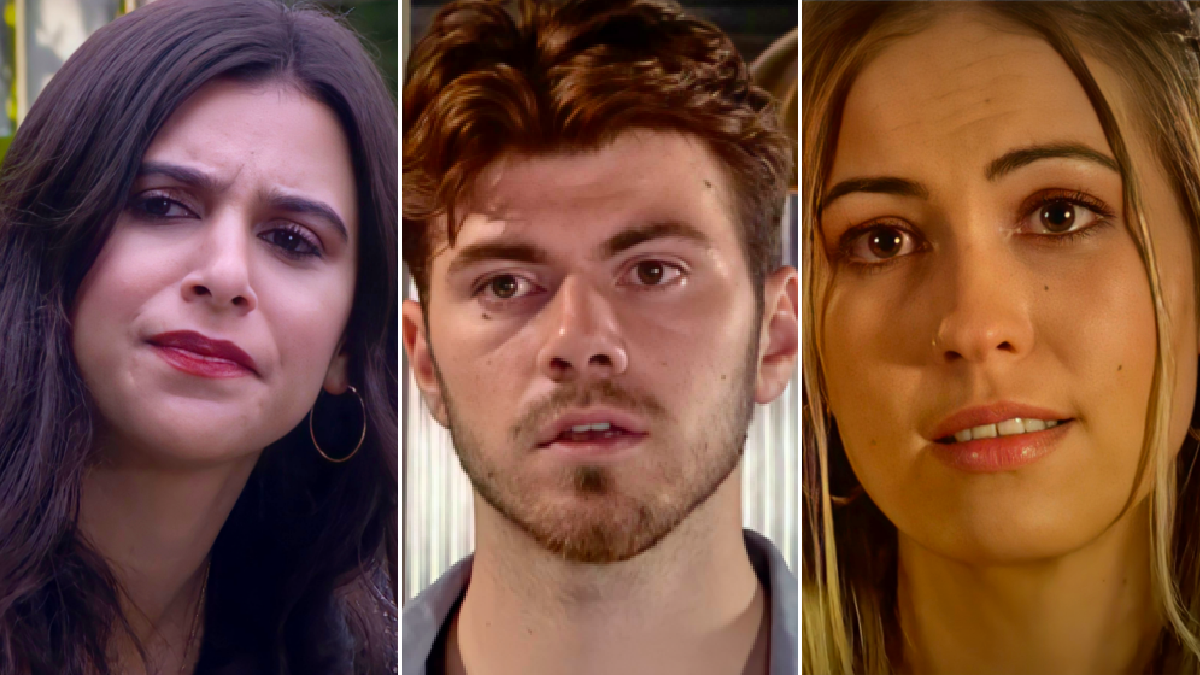 There are shock twists and revelations aplenty in a week that will change everything for several of our soap favourites!

Twisted schemers are up to no good, as Summer Ranger’s shocking revenge plan spirals out of control in Hollyoaks, while killer Meena Jutla plays the hero yet again in Emmerdale.

Coronation Street and EastEnders, meanwhile, see several secrets exposed, as Curtis Delamere opens up in the wake of cheating accusations, while Bernie Taylor is forced to explain herself after Keegan Butcher-Baker discovers her surrogacy plan.

EastEnders continues to stream new episodes on BBC iPlayer every Monday, meaning you can catch all of this week’s outings right now!

Coronation Street and Emmerdale, however, will air as normal on ITV, as will Hollyoaks on Channel 4 and E4.

Metro.co.uk has seen every episode of this week’s aforementioned soaps, and trust us, you’re in for a treat!

Nick is over the moon when Natasha asks if Sam can stay with him for the week. Sam, similarly happy, wastes little time in putting up his astronomy posters in the bedroom, but he is later worried that he’s upset Leanne. Nick suggests he remove the posters, but Leanne won’t hear of it, reiterating that she wants him to feel welcome. Sam, touched, gives her a hug. Afterwards, Sam wanders onto the balcony, with his headphones clamped to his ears. Nick, unable to find his son, jumps to conclusions, and comes to believe that he’s missing!

Mick tells Frankie the truth about Linda’s baby in EastEnders

Meena plays to hero in Emmerdale

Liam has gone missing in the wake of Leanna’s death, but with David concerned for Leyla’s wellbeing, Meena is soon getting fed up. Therefore, she resolves to find Liam herself, and she succeeds, locating him outside the crematorium. She feigns emotion, and suggests that he clear out his daughter’s belongings given that he’s struggling to escape the memories. Her plan works, as she returns to the village with Liam in tow, and enjoys playing the hero. Leyla, however, is seething with Meena’s idea to dispose of Leanna’s belongings.

Summer destroys Brody in her wedding revenge in Hollyoaks

Summer takes her revenge to whole new extremes in the wake of the wedding, but she soon has to think on her feet when an innocent bystander is caught up in the crossfire of her scheming!

And not only that, but Brody pays a shocking price, as he’s forced to make a huge decision after a shocking accusation comes to light.

Is there any lengths Summer won’t go to?

Curtis receives a phone call and makes a swift exit, which he claims is due to a dentist appointment. Debbie, however, reckons she saw him at the bistro with a young woman! Steve, desperate to find out what’s going on, confronts Curtis, who later breaks up with Emma! The young man later come clean to Steve, revealing a huge secret in the process, but just what is he hiding?

Callum is concerned about Ben in EastEnders

Callum acquires the details of Simon Atmore, the man responsible for Paul’s murder, but when he realises Ben is agitated, he refrains from giving him this information. Ben, however, later finds the piece of paper with the deets, and sets in motion a plan to meet with this Simon. Callum pleads with Ben to rationalise, but Ben makes it clear he’ll do anything to get revenge. Callum, desperate, asks Phil for help, telling him he’s got the number of Paul’s killer. Phil, however, tells Callum to sort it on his own. Simon, meanwhile, waits for his probation officer, but realises something is wrong, as he steps back into the alley.

Brenda, Faith and Eric’s living arrangements cause quite the stir in Emmerdale

David makes a comment about Faith, Brenda and Eric’s unusual living arrangements, and Mackenzie overhears, and proceeds to make some coded remarks of his own. Brenda pulls a muscle while lifting some boxes, and Faith gives her a massage. Mackenzie arrives, and overhears some intriguing conversations between the two women! Sarah, however, later catches Faith talking about death, and asks her if her cancer has come back.

Nancy questions her reunion with Darren in Hollyoaks

With Darren’s trip down memory lane having had the opposite effect for Nancy, she ends up questioning if she should’ve forgiven her beau as easily as she did. Darren seeks advice from the most unlikeliest of sources, as he has a chat with Trish, who tells him to live in the present. The legend therefore comes up with an idea, as he draws up a contract, promising to never hurt Nancy ever again!

Tyrone lashes out at Fiz’s new lover in Coronation Street

Fiz hits it off with a bloke named Phill, and Tyrone is put out when he catches the two of them having a meal together. With things having gone quite well, Fiz asks he ex to look after the girls so that she can go on a second date, but he refuses, claiming he’s taking Alina out for dinner. After getting wind that Fiz will be there with her new fella, he takes Alina to the Bistro, but when he attempts to pay the bill, his card is declined – just as he’s making snide remarks at Fiz! Phill, being the bigger person, pays Tyrone’s bill, but Ty is not very pleased, and lashes out, taking a drunken swing at Phill!

Bernie receives more diet pills from Tiffany. Tiffany, desperate to help, suggests Bernie take a test to find out for sure if she is pregnant, and she even buys the test herself. Rainie wants to be there when the test is done. Keegan sees Tiffany buy the test and assumes the pregnancy test is for her, but Bernie eventually blurts out the truth to her brother!