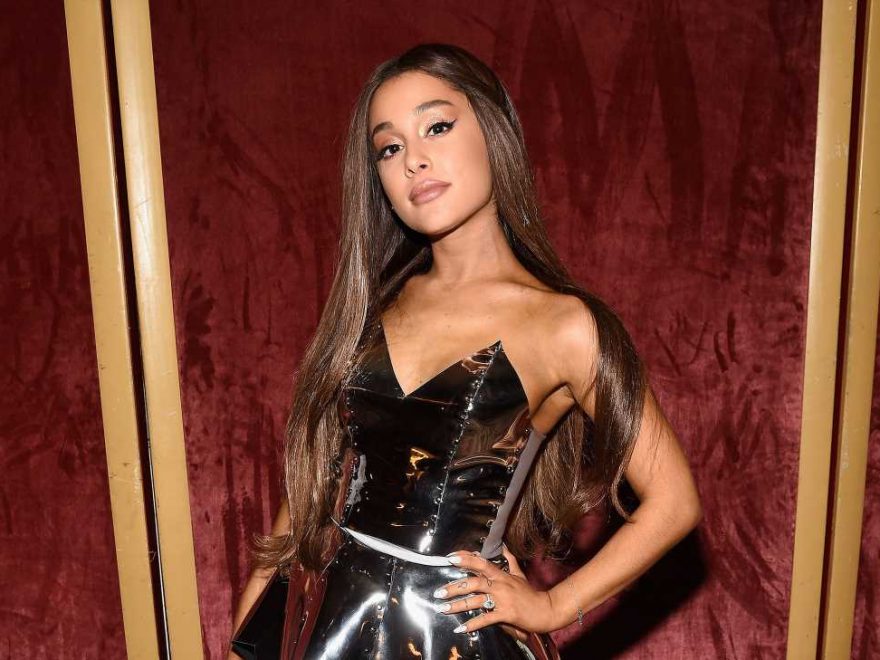 There could be one famous face missing at the 2019 MTV Video Music Awards next month.

After scoring 10 nominations — tied for the most of any artist this year — Ariana Grande hinted on Tuesday that her Sweetener world tour schedule may prevent her from attending the annual awards show.

When the pop star, 26, tweeted a link to the VMAs voting page on Tuesday, a fan replied to her tweet and asked “are you gonna attend.”

“I have shows in london the day before and after,” Grande wrote back, adding a frowning face.

A second fan then responded to that tweet, pointing out that Grande’s tour schedule actually says she’ll be in Paris, not London, during the time around the VMAs.

“My b,” Grande replied to the correction.

Though she may not be in attendance next month, the singer shared her appreciation for her many nominations on Tuesday, tweeting “thank u so much @vmas.”

Grande tied with Taylor Swift for the most nominations this year — with both musicians scoring 10 nominations apiece, each in categories including video of the year, song of the year and best pop.

Newcomers Billie Eilish and Lil Nas X are close behind at nine and eight nods respectively, and both will go head to head in the best new artist category. Halsey, Cardi B, Shawn Mendes and Camila Cabello also earned several nominations.

In the coveted video of the year category, Grande’s “thank u, next” will face off against “a lot” by 21 Savage ft. J. Cole, Eilish’s “Bad Guy,” Swift’s “You Need to Calm Down,” “Sucker” by the Jonas Brothers, and “Old Town Road (Remix)” by Lil Nas X and Billy Ray Cyrus.

On Tuesday, Grande’s brother Frankie Grande told PEOPLE he was “so proud” of his sister after the nominations announcement.

“It’s been her year, and she absolutely deserves this,” he said.

The VMAs will be hosted by Sebastian Maniscalco and will air live on MTV from the Prudential Center in Newark, N.J. on Aug. 26 at 8:00 p.m. ET/PT