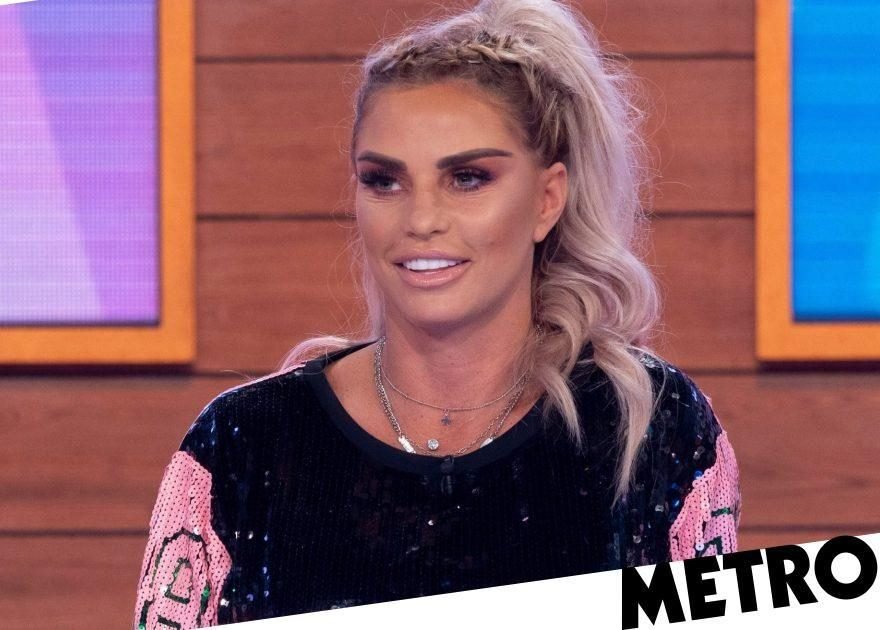 Katie Price suffered a miscarriage this year after trying for a baby with her fiance Kris Boyson.

The star revealed the heartbreaking news when appearing on Loose Women today.

The panelists were talking about whether or not women should have time off work after going through the horrific experience, prompting the reality star to open up.

She candidly revealed: ‘I’ve had more than three miscarriages in my life.

‘I had a miscarriage last year and I’ve had one this year. I’ve had more in the past.’

Talking about her plans to have more babies, the mother-of five added: ‘I went to the fertility clinic because I’m 41 now and I still want more kids.

‘I was so shocked with what he said to me because I still think I’m young. Reality hit home with some of the things he said to me.’

She then went on to discuss her own fertility levels, and continued: ‘I’m in the last two brackets that I can have kids now. From 35 to 38 your level is quite high.

‘As soon as you hit 40 it’s completely lower and 40 to 45 lower. I asked about freezing my eggs and he didn’t even recommend that either.’

Katie shares four-year-old Bunny and five-year-old Jett, with her ex hubby Kieran Hayler, as well as Princess, seven, and Junior, 13, from her former marriage with Pete.

She also has their big bro Harvey, 17, from her relationship with Dwight Yorke.

The proud mum’s confession came just moments after she announced her engagement to her current flame Kris.

When talking about her new album, Coleen Nolan asked what her big announcement was, to which she laughed: ‘Can’t you see?’

The singer then flashed the rock on that finger before adding: ‘Kris bought the ring for that finger so there you go, I have luck in my life.’

Speaking of her fiance, she gushed: ‘The things is, he has met his match, he puts me in my place and he is strict with me, and I’m not used to that.

‘He’s a good guy and he’s so good with Harvey and Harvey is obsessed with him.’