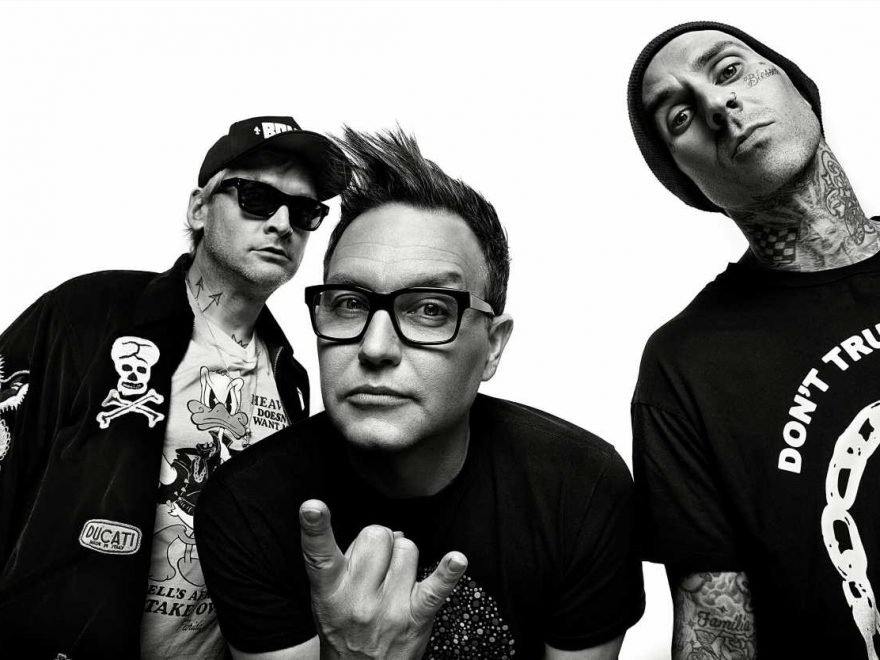 Blink-182 will release their eighth studio album, Nine, September 20th via Columbia Records. The album announcement follows a string of new songs, all three of which will appear on Nine: “Happy Days,” “Generational Divide” and “Blame It On My Youth.” Blink-182 will also release another new song, “Darkside,” tonight, July 25th at midnight ET.

Nine will be available to pre-order tonight at midnight via the Blink-182 website as well. The record will be released in several formats, including a limited edition color vinyl pressing, cassette and CD.

Blink-182 are in the middle of an extensive co-headlining tour with Lil Wayne that will stretch through the rest of the summer. The band’s next show will take place tonight, July 25th in West Palm Beach, Florida, while the run will wrap September 22nd in Columbus, Ohio.