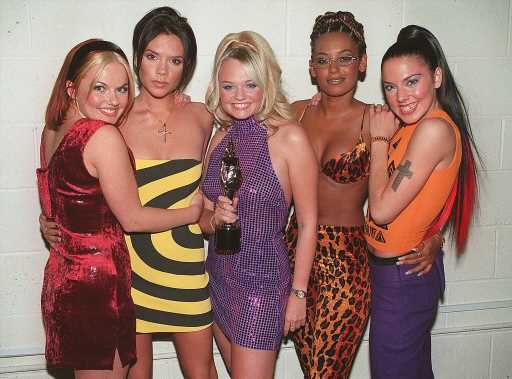 The Spice Girls ruled the ’90s with their catchy lyrics and message of female empowerment. They topped the charts and became the best-selling girl band in history. However, just as sudden as their success, one day they were gone. But don’t worry. We know what you want, what you really, really want: You want the details. Here’s the story on how the Spice Girls broke up.

The ‘Spice Girls’ were on top of the world

Unlike most bands that form organically as a group of friends that like to create music, the Spice Girls were manufactured by music managers through auditions of over 400 women. Five were chosen: Melanie Brown, Emma Bunton, Melanie Chisholm, Geri Halliwell, and Victoria Beckham.

Once the girls were selected, they spent most of 1994 practicing the songs and dance routines they had been given. Their first single Wannabe was a breakout success, as it still is today. In fact, Spotify announced in 2016 that the song had been streamed for an equivalent of 1,000 years.

The next two years were spent conquering the music industry. They continued to release new music with more hits, including Say You’ll Be There, Spice Up Your Life and Too Much. They toured the world and became a merchandising powerhouse. But the big move that really set them apart from other groups of their time, the Spice Girls even had their own movie. Spice World: The Movie grossed $100 million worldwide.

Why did the Spice Girls break-up?

At the height of their success in 1998, Halliwell left the band. The women had been fighting constantly, and the demanding schedules were taking a toll on all of them. However, Halliwell had reached her breaking point. Her eating disorders had returned, and she felt that she was spiraling out of control.

“When Geri left the group, it was bad,” Brown told Larry King Now. “She left on my birthday, and didn’t tell anybody. She just didn’t show up. We had the rest of the tour, the American part of the tour to continue.”

The remaining four members tried to carry on without Halliwell, but the group was never quite the same. They continued to tour and released another album: Forever. But by 2000, they announced they were taking an indefinite hiatus to focus on their individual careers.

The Spice Girls are back: Reunions

By 2007, the Spice Girls were ready to try a comeback. All five members embarked on a world tour called The Return of the Spice Girls Tour. Fans were ecstatic at their return. Tickets for the first return show in London sold out in 38 seconds, and five million people worldwide signed up for the ticket ballot on the Spice Girls website.

The Spice Girls continued to work on projects periodically but never saw success as they had in the late-90s again. At the start of this year, the group once again went on tour. Unfortunately, Beckham did not join them and her presence was missed by fans. The Guardian wrote, “Victoria’s dry wit was missed (she was the breakout comic star of Spice World: The Movie), but some passive-aggressive patter and a food fight is how you really sell a tour.”

The next project for the Spice Girls is unlike anything they’ve done before. It’s another movie, but this time, it will be animated. All five members of the group are on board to do the songs and voices. Considering most of the Spice Girls fans are adults now, it’s an interesting choice. But we’ll have to wait until 2020 to check it out.