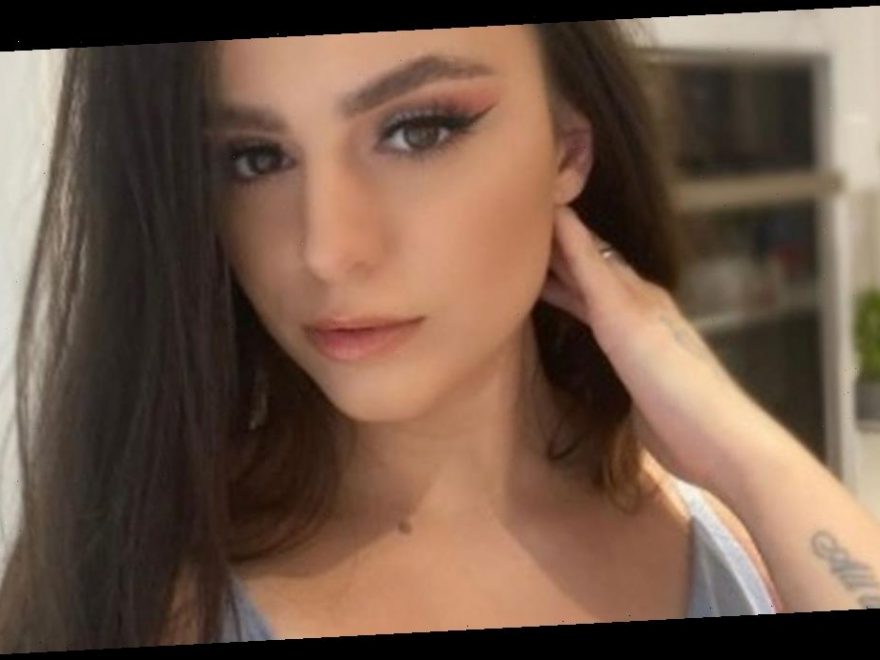 X Factor star Cher Lloyd looked scorching hot as she got glam for a night at home in her kitchen during the lockdown.

The 27-year-old, who is mum to Delilah Rae Monk, 2, took effortlessly stunning as she struck up a number sultry selfie poses.

She decided to doll herself up even though she wasn't venturing out and even popped on a daringly low plunging sky-blue top for the occasion.

Ditching her bra, the Swagger Jagger hitmaker turned up the heat while demanding attention in the risky low cut item.

Undecided on her favourite snap, the starlet instead gave fans the option to swipe left to uncover a second image.

Gazing straight into the camera lens, the red-hot songstress showcased her incredible modelling skills and wowed her 2.2million followers in the process.

Cher's makeup was on point and presented immaculately, including dramatic winged liner, groomed eyebrows, a grey and peach eye-shadow pallet, along with a neat coating of pink lip gloss.

Her natural looking brunette locks were sleekly straightened flowing long down one side of her body.

In terms of caption, Cher kept things simplistic opting for a heart emoji that was the same colour as her revealing top.

Meanwhile, Cher who shot to fame on the talent scouting programme, recently hit the headlines again after a This Morning interview resurfaced relaying her advice to Jesy Nelson who "wasn't feeling good about herself" at the time.

The clip reemerged after it was announced that Jesy had quit Little Mix, this time for good.

It was no secret that Jesy had battled a number of mental health issues after she'd been targeted by a number of online bullies throughout her career.

Putting her mental health first, she decided to walk away from the girl group she'd been a part of since 2011 and the same year Cher had also taken part in the ITV programme.

In the interview that aired in 2011, Cher told hosts Eamonn Holmes and Ruth Langsford: "I actually called Jesy because I was at an awards ceremony and she didn't turn up with the rest of her band. And I was a bit like, 'Why isn’t she here?'

"So I spoke to the girls and they were saying 'She doesn’t want to come today because she doesn’t feel good about herself.'

"So I rang her up and I was like, 'You’ve got the biggest platform ever. You’ve got a massive opportunity. Go out there and be happy'."