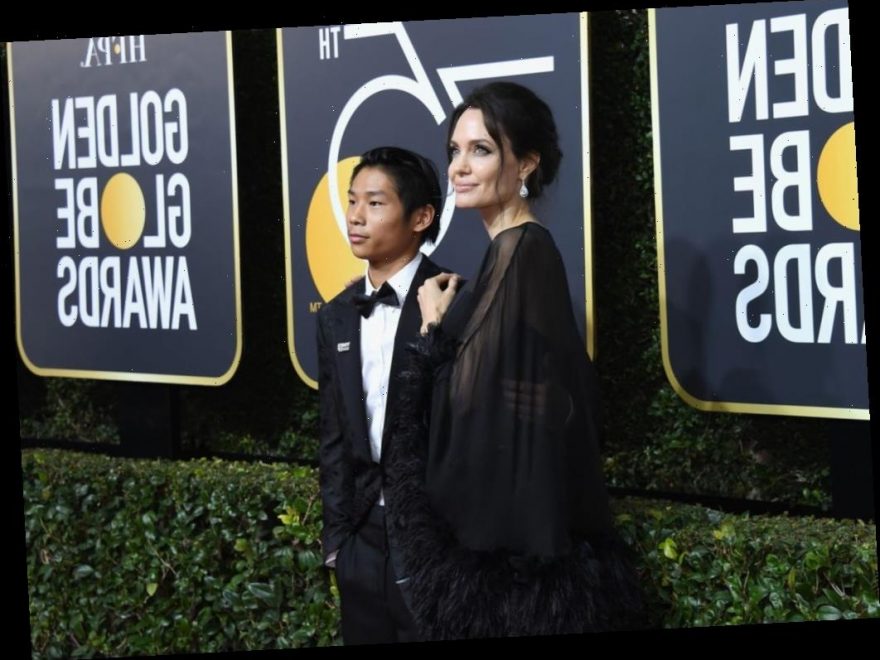 In 2014, Angelina Jolie took her acting career to another level when she portrayed the iconic Disney villain Maleficent in the movie with the same name. However, not all of her kids were thrilled about this. Her second-oldest son, Pax, was very scared of Jolie in her costume. In order to calm him down, Jolie decided to do one sweet thing.

To get into the role of Maleficent, Jolie had to put on an elaborate costume.

For example, one of Maleficent’s distinctive features is her horns, which Jolie said was not always comfortable to wear. She told Entertainment Weekly, “They were actually kind of heavy. There had to be [lighter weight] ones that you could ride horses in because if you fall with something [heavy] attached to your head, that’s it — it could break your neck. There were softer horns for the fights.”

Additionally, Jolie wore five-inch heels and had fake cheekbones glued onto her face. Jolie shared that she was “out of whack” in her costume in the beginning and that “it took me a while to become graceful with [Maleficent].”

Many kids were scared of Angelina Jolie when she was ‘Maleficent’

Maleficent’s look is meant to evoke fear in other people, so it was perhaps not surprising that many young kids did not want to be around Jolie on set.

“I had a friend come with their children, and when I met the kids, the kid froze and screamed so much that I had to go wait in my trailer,” Jolie told Entertainment Weekly.

This is also why Jolie had to bring in her daughter Vivienne, who was 4 years old, to play young Aurora.

“Big kids thought I was cool! But little kids really didn’t like me,” Jolie said. “So, in order to have a child that wants to play with [Maleficent] but I don’t want to play with her — to have that scene– it had to be a child that really liked me and wasn’t afraid of my horns and my eyes and my claws. [Shrugs.] So it had to be Viv.”

Angelina Jolie calmed her frightened son down with 1 sweet move

However, some of Jolie’s kids were also scared to see her in her costume for the first time, including Pax, who is about five years older than Vivienne.

“When [my son] Pax saw me for the first time, he ran away and got upset — and I thought he was kidding, so I was pretending to chase him until I actually found him crying,” she recalled.

It seemed that Pax could not separate Jolie from her character, so Jolie decided to let him see that it was still his mom underneath the costume.

She shared, “I had to take off pieces [of the make-up] in front of him to show him it was all fake and not freak out so much.”

Pax and Jolie’s other daughter Zahara eventually appeared in the movie during the christening scene. All in all, it looked to be a fun family affair for Jolie and her children.