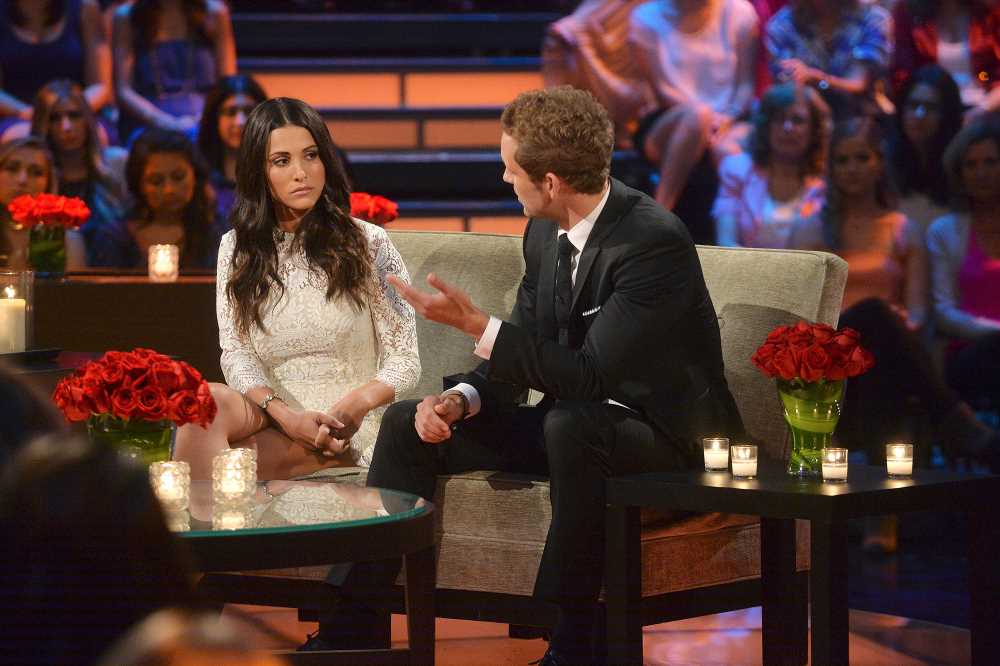 We don’t get to see what happens in the Fantasy Suite on camera, but luckily for the rest of us, plenty of Bachelor and Bachelorette contestants have spilled the details afterwards

Sometimes it’s about what doesn’t go down: a PEOPLE exclusive sneak peek at the July 15 episode of The Bachelorette showed Brown’s hesitation over an overnight date with Tyler Cameron.

While Brown admitted that she was “so captivated about being around you and you holding me and kissing me — like, I just want that, I do,” there was obviously something missing. Finally, she told him, “I don’t want to go into the Fantasy Suite.”

Underwood shared a bit of what happened behind-the-scenes in the Fantasy Suite when he appeared on Jimmy Kimmel Live! “The Fantasy Suite was the most pivotal part of my journey,” he said, trying to hold back a grin.

Though producers assured the former football player that their microphones would be off as they closed the door to the suite, Underwood wanted to be totally sure he was really alone with his date. “I checked the rooms,” he said, admitting to Kimmel that he searched for any recording equipment producers may have been hiding.

When she was a contestant on Arie Luyendyk’s season of The Bachelor, Kufrin’s Fantasy Suite was less than luxurious. Rather than a penthouse hotel room with a king-sized bed, as generally seen in previous overnight dates for the final three suitors, Kufrin and Luyendyk shared a tent with a super-small bed.

The soon-to-be Bachelorette called out host Chris Harrison when the episode aired, writing, “@ChrisBHarrison exaggerated when he called it the fantasy suite.”

Viall’s Fantasy Suite confession is likely the best known in Bachelor franchise history. It came on the “After the Final Rose” episode of Andi Dorfman’s season, when he famously said: “Knowing how in love with you I was, if you weren’t in love with me, I’m just not sure why you made love with me.” Dorfman slammed the comment, calling it “below the belt,” and saying that it should have been “kept private.”

On Viall’s own season of The Bachelor, future bachelorette Lindsay was sent home after the Fantasy Suite night. And an interview she did more than a year later reveals, perhaps, in part why: Donald Trump. Lindsay’s date came just two days after Trump was elected president, and she said on the Bachelor Party podcast that the news left her rattled. So much so that when Lindsay got to her date, she says she “couldn’t get in the right headspace” and had a few drinks. By the time they got to the Fantasy Suite, she just wanted to go to bed. “I did nothing! I did nothing but sleep,” she said. “I got my best sleep in the Fantasy Suite!”

Gates’ experience with Viall, on the other hand, was very different. Before they went into the suite, Gates confessed to Viall that she had never had an orgasm during sex with her previous partner. We didn’t see what actually happened, but the footage from the next morning of a very happy Gates skipping around Finland said it all. “Well, the thing about the show is they really capture those exciting moments and they make everything pretty true to what is happening,” said Gates. “So I think I don’t really have to say too much. I think the show pretty much captured it.”

The now-fiancés of nearly two years stayed relatively mum about what happened on their own Fantasy Suite date, but they did let one major detail slip during an interview with PEOPLE Now. They both answered a resounding “Yes!” when asked if it was okay to hook up in the Fantasy Suite. Fletcher herself went a bit further, saying, “We’re going to be honest, we’re not lying.”

Robertson, the eventual winner of Bachelor Ben Flajnik’s season, felt the same as Harris. “It was like, ‘Wow, we’re alone for the first time!’ ” she told Radar Online. “I really got to hear his voice, how he felt about me. You get to see the true personality come through a little more, because people aren’t watching what they say as much.”

Fedotowsky says that contestants can learn a lot about their future on the show by the way their lead acts in the Fantasy Suite. Case in point? “On my season I know I wanted to be with one guy, so I didn’t even want to spend the night with the other guy,” she said, seemingly referencing her runner-up, Chris Lambton. “So I asked one of the producers to call and make up an excuse for me to be able to leave the room. So if that’s happening to you — if the Bachelor’s leaving the room — you’re probably not getting chosen. That’s what I meant. But if you choose not to sleep with them, well, I would hope not.”

The concept of Fantasy Suites made Bachelorette Maynard so uncomfortable she turned them down for all three of her final men, making her the first Bachelorette in history to do so. “I know what ‘fantasy’ is implying, and I’m not totally comfortable with that,” she wrote in a blog for PEOPLE. “I also feel like my relationships have been so honest and real that there was really nothing they could have told me overnight that would’ve changed my mind.”

What’s the best thing about the Fantasy Suites? Many contestants will tell you it’s not just the alone time, but the fact that it’s your first time one-on-one with the lead without the cameras rolling, including Bachelor contestant turned Bachelorette Jillian Harris. “We had a great time in the hot tub and we had great conversation,” she said. “It was great to have a lot of off-camera time with him and be able to chat about the things we weren’t able to chat about on camera.”

When you’re the Bachelor or the Bachelorette, deciding whether or not to go in the Fantasy Suite at all with a contestant is a big choice. And when it came time for McNary to enter the fantasy suite with Bachelorette Fletcher, she turned him down and sent him home. McNary took the rejection hard, telling PEOPLE, “It was hitting rock bottom from the highest cliff.”

For Bachelorette Dorfman and her soon-to-be fiancé Josh Murray, the Fantasy Suite was nothing but romance. They stayed up all night talking, she said: “We spent the evening swapping stories, laughing until our stomachs hurt. We talked about our future, our beliefs, and our goals in life. We were in mid-conversation when the sun came up, beaming through the sheer window panels of our bungalow.” No wonder a proposal was soon to follow.