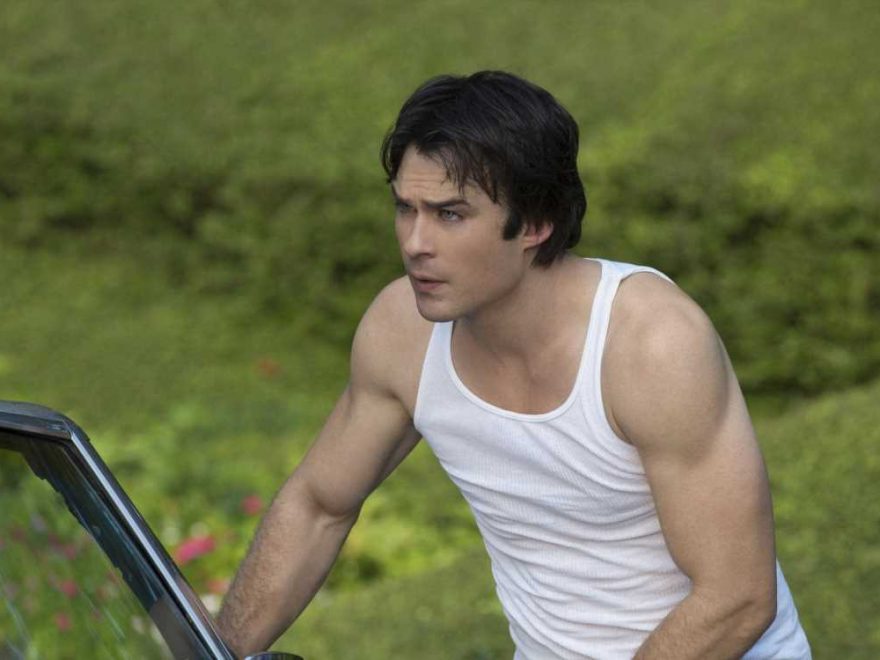 When future historians look back at this golden age of streaming and television, they’ll likely point out our absolute obsession with supernatural dramas. And with so many out there, it’s a bit hard to pick what’s good and what’s bad and finally settle on something you like. Luckily, we’ve done the hard work for you. Whether you’re having a night in with friends or just bored with your usual, non-supernatural dramas, nothing quite hits the spot like a soapy vampire drama— and these are some of the best ones of all time.

Horror is the name of the game in this devilishly dark vampire drama. Set two years after a synthetic blood product, “True Blood,” allows vampires to come forth into society, the show follows the characters as they attempt to assimilate into normal, human living and navigate love and relationships in the midst of it all. Spoiler: it’s very hard.

This 1960s gothic soap opera is probably unlike anything you’ve seen before, but in a good way. Long before the current wave of CW teen dramas was a classic show about a vampire who escapes the coffin he’s been trapped in for 200 years, and returns to his family’s mansion in Collinsport, Maine. Of course, those who are living there aren’t too happy to see him.

Give us a classic storyline (vampire man can’t help but fall for mortal woman), a smooth bachelor (Alex O’Loughlin), and a witty beauty (Sophia Myles), and we’re all set. This thrilling story of a vampire basically cosplaying as a human is great fun, and we get to watch all the chaos unfold as he tries to interact with modern society and keep his real identity a secret from the world. Unfortunately, it was canceled after one season, but that doesn’t mean it’s not worth a watch.

All rise for the fandom-obsessed favorite, The Vampire Diaries. As sexy as a show about mystical beings can get, The Vampire Diaries is a soapy, dramatic, and sometimes gory series about a girl who falls for two vampire brothers. A years-long love triangle ensues, and it’s the longest will-they-won’t-they probably ever in a CW drama. But with Ian Somerhalder and Paul Wesley both equally sexy, we see why Elena took such a long time to choose.

Witches, vampires, and wolves, oh my! After her mother vanishes, eighteen-year-old Clary Fray is suddenly thrust into a dark world filled with werewolves, fairies, demons, and vampires when she discovers she’s from a long line of human-angel demon hunters. She juggles newfound adulthood and fighting lots of dangerous ghoulies in this suspenseful, cinematic drama that reinvigorates the once-tired ‘discovers-on-their-18th-birthday’ storyline.

If you’re hungry for more Vampire Diaries characters, try its spinoff, The Originals. This deliciously chaotic show follows Klaus, the villain antagonist-turned… protagonist (?) we all loved to hate. And with Phoebe Tonkin from H2O, this is an absolute must-watch.

No list of vampire shows is complete without this classic. For a ‘90s show, Buffy The Vampire Slayer was surprisingly good at subverting gender stereotypes, revolving around Buffy, who was born into a long line of young women vampire Slayers. There’s murder, romance, sex, suspense— and seven seasons. What more could you ask for here?

There’s no rest for the wicked in this period horror drama, revolving around a woman and an explorer that come together to find answers surrounding the circumstances of a girl’s death. Together, they enlist the help of Dr. Frankenstein (which may or may not be a mistake) and are eventually forced to make life-or-death decisions as they fight personal demons, vampires, evil spirits, and immortal beasts in this mash-up of monsters and supernaturals.

A spin-off of a spin-off, Legacies had some pretty big boots to fill from the get-go. Featuring characters from both its predecessor, The Originals, and its predecessor, The Vampire Diaries, Legacies follows Hope Mikaelson, daughter of the infamous Klaus, as she learns to control her supernatural abilities at the Salvatore School for the Young and Gifted. It’s difficult, to say the least.

Buffy the Vampire Slayer’s noir-ish spinoff follows Angel’s move to Los Angeles after breaking up with Buffy. While Buffy was a (cautiously, but) generally optimistic tale, Angel was much darker, as characters waged futile battles against the forces of darkness and often gave up.

After an estranged son returns to take over his deceased father’s church, he suddenly finds himself possessed by Genesis, a half-angel, half-demon that unleashes within him the power to control minds and bend anyone’s will to his command. It’s an adaptation of Garth Ennis’s same-name comic and sure flips the idea of being a preacher onto its head.

My Babysitter’s a Vampire

This movie-turned-beloved-Disney-show follows two geeky teens who fall in love with their babysitter (where have we heard that one before?) only to discover she’s a vampire. Freaky.