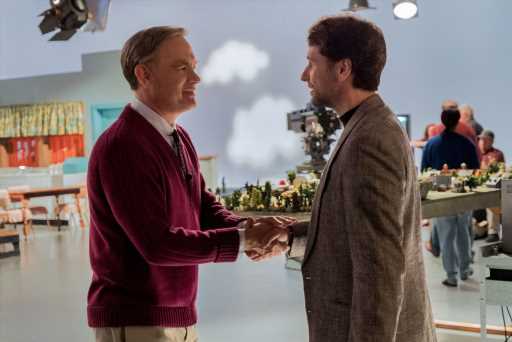 Sharing is caring and when it comes to the late, great Mister Rogers people care a lot.

That’s the lesson learned today from the trailer launch for the Sony TriStar Pictures release A Beautiful Day In the Neighborhood (which stars Tom Hanks and opens Nov. 22). The digital launch was a clear viral victory with 36.4 million views in the first 24 hours of release and 59.8 million after two days, but the more interesting aspect of the success is the sentimental wave that carried the trailer to that far-flung digital constituency.

Fans were engaging the trailer in a big way both by sharing and engaging in social conversations, most of which were dominated by personal tributes to the gentle pioneer of children’s television. People were talking about their feelings, and what’s more Mister Rogers than that? The trailer sparked 163,000 social conversations in its first day, in fact, which is roughly double the total posted by fan-favorite Spider-Man: Into the Spider-Verse.

The trailer’s social media share rate was on par with superhero movies like Venom and Spider-Man: Homecoming. Trailer views don’t count toward box-office receipts nor do they provably predict opening weekend performance but the launch success is a nod to. the fact that Rogers remains a much-beloved figure even 18 years after the farewell episode of his Mister Rogers’ Neighborhood.

The PBS show aired from February 1968 to August 2001 and featured the gentle host and his make-believe friends, including King Friday XIII, Lady Elaine Fairchilde, and Daniel Stripèd Tiger. Rogers died in 2003 after a battle with stomach cancer.

Sony TriStar Pictures’ A Beautiful Day in the Neighborhood is “a timely story of kindness triumphing over cynicism, based on the true story of a real-life friendship between Fred Rogers and journalist Tom Junod.” The film follows a jaded magazine writer (Emmy winner Matthew Rhys) who brings a skeptical attitude along when he’s assigned to write a profile of empathy icon Rogers.

Directed by Marielle Heller and written by Micah Fitzerman-Blue & Noah Harpster, inspired by the article “Can You Say. . . Hero?” by Junod, the film is produced by Youree Henley, Peter Saraf, Marc Turtletaub, and Leah Holzer. The film also stars Susan Kelechi Watson, and Chris Cooper.