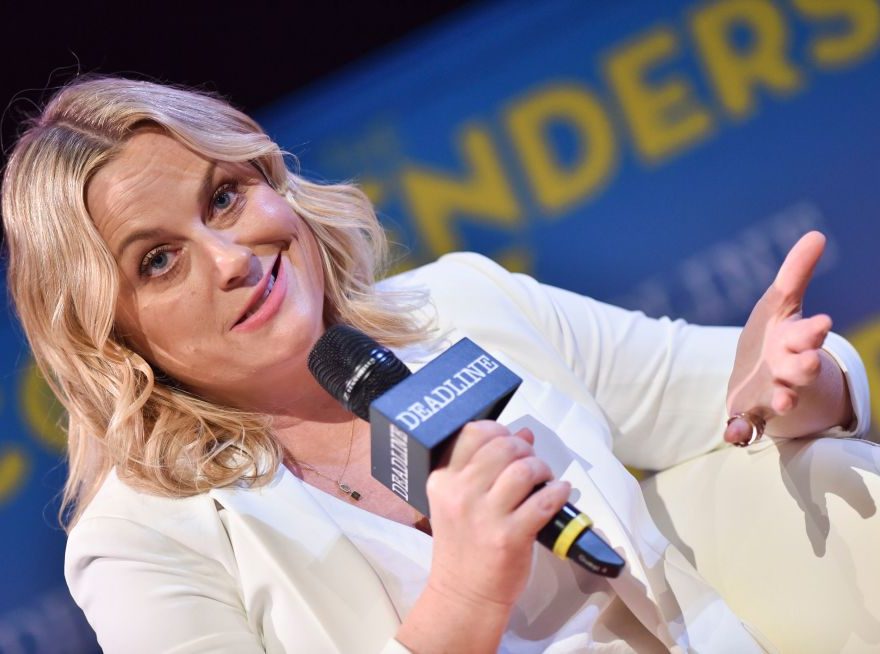 Amy Poehler, who has co-hosted multiple Golden Globe telecast and appeared in an intro segment on this year’s hostless Oscars, said Fox’s plan to go without a host for the Emmys sounds “cool” by her.

Speaking on a panel at TCA summer press tour Wednesday for her new Fox animated series Duncanville (plus Bless the Harts), Poehler said there was plenty of logic to Fox’s decision. Charlie Collier, the network’s entertainment president, confirmed the plan earlier in the day.

“The Oscars went well without a host,” she said. “The Emmys will too. It seems cool not to have a host.”

Reflecting on her own experience as emcee, she added, “Those shows are a beast. People who produce those shows have a specific and hard job. They do a great job. It should just be a fun party.”

Sitting next to seven other writers, producers and performers, along with Fox exec Michael Thorn, Poehler couldn’t resist adding a comic riff during the laugh-punctuated panel. “Think about going to a party and you don’t know who the host is,” she joked. “‘Cool party — whose house is this?’”

Turning semi-serious, she affirmed, “Your brain will tell you who the host is.”

Ratings for the Oscar telecast on ABC ticked up from prior years after the network decided to abandon the traditional plan for a host. Kevin Hart had been confirmed to host, but wound up withdrawing after controversy erupted over his social media history.

Collier explained the network’s reasoning during his executive session. “If you have a host and an opening, that’s 15 or 20 minutes you can‘t have to salute the shows,” he said.

Ike Barinholtz, sitting down the row from Poehler, nominated a host candidate in case Fox’s reconsiders: Cleatus, the animated robot that appears on Fox’s NFL telecasts.