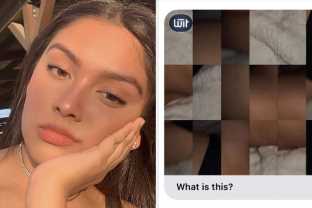 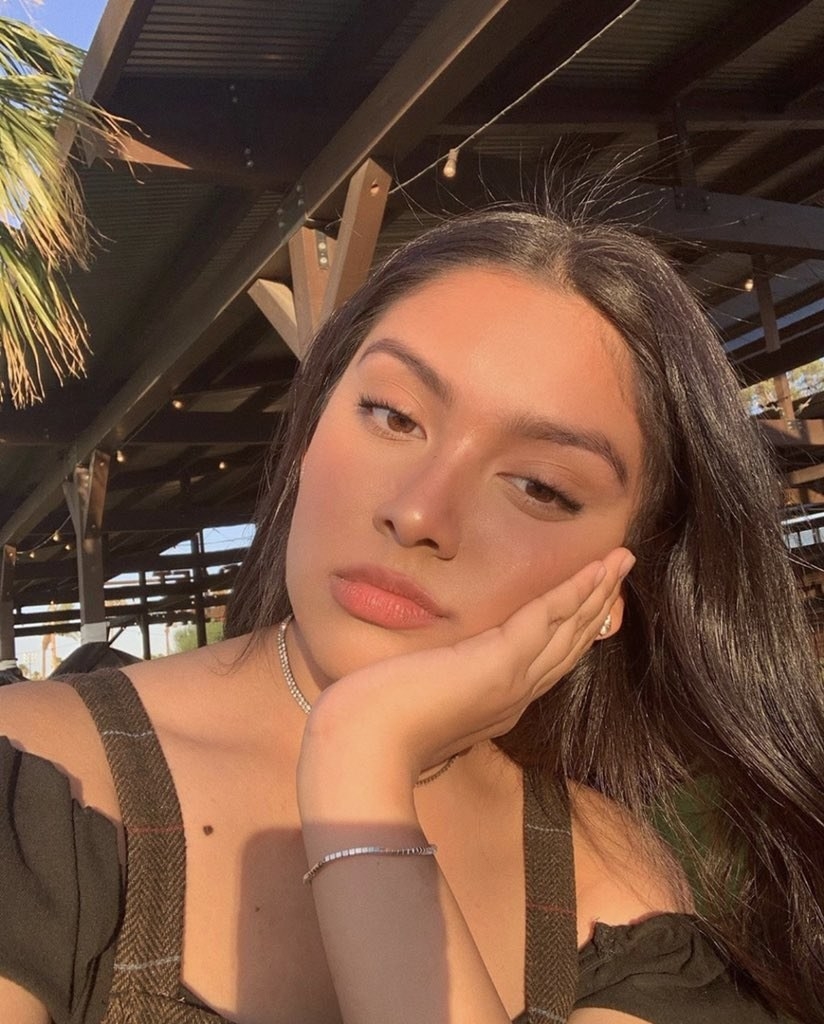 This is Monica Escalante, and if there’s a Nobel Prize for sexting, she should get one.

Escalante, 18, was texting a guy when he requested a booty picture. That’s when genius struck.

She and her friends had been using the app “WIT • Puzzles” for about a year. It turns photos into one of those sliding puzzle games, which the recipient then has to solve.

“My friends and I would just send random pics and see who would solve them the fastest and then and idea hit me and I was like wait, he wants a booty pics I’m gonna make him work for it,” she told BuzzFeed News. “So I just decided to send my booty pic as a puzzle.” 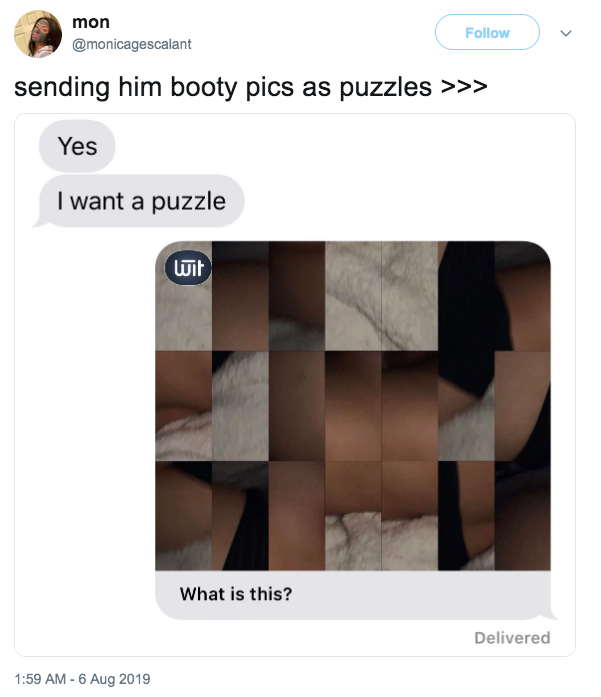 “I am pretty sure he liked it, he solved it super fast, in less than 5 minutes with 34 moves,” she said.

Her tweet went viral with more than 41,000 likes and now people are trying it out for themselves.

Some people didn’t really get it.

Some people just aren’t willing to work for it.

“Damn I got to solve puzzles to get nudes nowadays. How old are we, 77?”

Both the senders and recipients are having a great time, though.

Honestly this has all kinds of applications.

“The reaction from Twitter has been amazing, people love it and I’ve been getting DMs from girls and guys doing it,” said Escalante.

“I’m glad they’re having fun with it.”