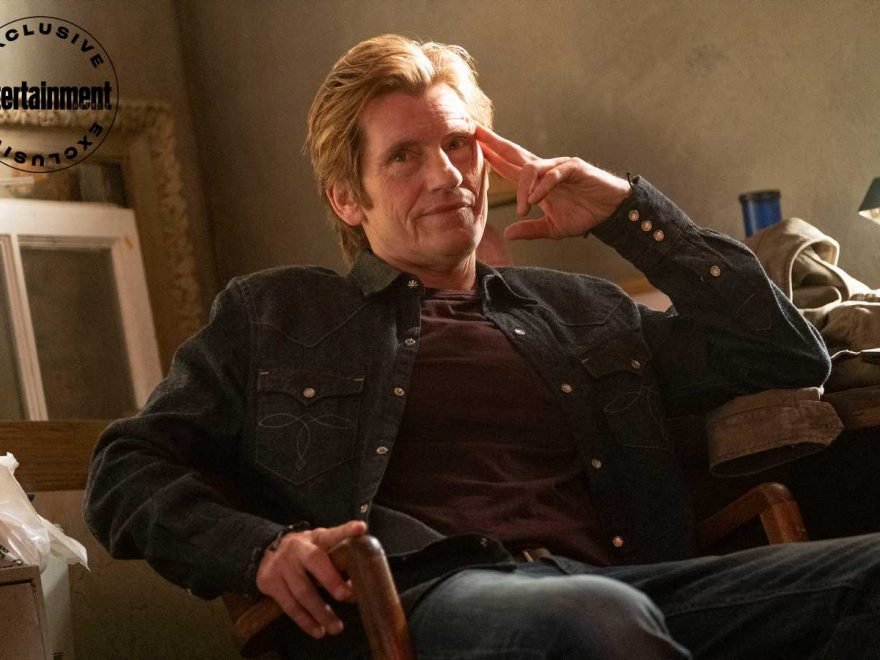 Deran may have just lost his mother, but his absentee father is suddenly back in the picture.

EW can exclusively reveal that Denis Leary is returning as Billy in the Animal Kingdom season 4 finale. Watch a clip above of an allegedly sober Billy looking to make amends with Pope (Shawn Hatosy).

“Smurf” will pick up in the aftermath of Smurf’s (Ellen Barkin) death, with the Cody boys needing to put their grieving on hold to protect their reputation as past friends and enemies close in. In addition, Deran (Jake Weary) realizes there is only one way to keep Adrian (Spencer Treat Clark) safe, while Pope and J’s (Finn Cole) growing tension reaches a boiling point.

After the shocking exit of Ellen Barkin’s matriarch, executive producer John Wells talked EW through the decision. “We ended up spending a lot of time talking about: What do we do this year to keep shuffling the deck and mixing things up? It’s the animal kingdom, not everybody’s going to survive,” he said. “We were feeling that we were repeating a little bit the Smurf stories. We had told the Smurf stories in the present that we wanted to tell but what we were really interested in is how did she get to be Smurf? And that led to where we ended up. We came to the realization that the thing that would shake the family up most is if Smurf wasn’t there to hold them together anymore.”

The Animal Kingdom season finale airs Tuesday at 9 p.m. ET on TNT. In July, the network announced it renewed the series for a fifth season.