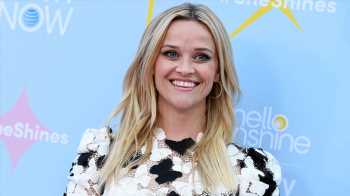 Netflix has ordered a new lifestyle series that boasts Reese Witherspoon among its executive producers.

The hour-long series will follow master home organizes Clea Sherer and Joanna Teplin, the duo behind The Home Edit company. In each episode, Sherer and Teplin will transform the lives of their clients by conquering clutter with their signature style. Each episode features two organizational projects shaped by the pair’s sense of form-meets-function that will entertain and inspire. Netflix has ordered eight episodes.

News of the series comes after Netflix has found success in the lifestyle space with hits like “Queer Eye” and “Tidying Up with Marie Kondo.”

Witherspoon also executive produces and stars in the HBO series “Big Little Lies” as well as the upcoming Apple series “The Morning Show,” the latter of which released its first full trailer earlier on Monday. She will also star in and executive produce the upcoming Hulu series “Little Fires Everywhere,” and is executive producing a number of other projects across cable and streaming platforms.