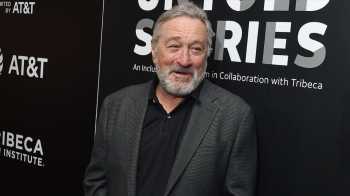 Robert De Niro’s company has filed a $6 million lawsuit against a former employee, accusing her of embezzling money and binge-watching Netflix while on the job.

According to the suit, filed on Saturday in state court in New York, Robinson was hired as an assistant to De Niro in 2008. She was later promoted to “vice president of production and finance” at the loan-out company, and her 2019 salary was $300,000. She left the company in April, amid growing concerns about alleged “corporate sabotage,” the suit states.

The company says she rarely came into the office, and alleges she spent “astronomical amounts of time” watching Netflix during work hours. The company alleges that during a four-day period in January, she watched 55 episodes of “Friends.” On one of those days, she ordered lunch from Caviar San Francisco and had dinner at Paola’s Restaurant, charging both meals on the company card.

Over another four-day period in March, she allegedly watched 20 episodes of “Arrested Development” and 10 episodes of “Schitt’s Creek.”

“Watching shows on Netflix was not in any way part of or related to the duties and responsibilities of Robinson’s employment and, on information and belief, was done for her personal entertainment, amusement and pleasure at times when she was being paid to work,” the suit alleges.

In her resignation email in April, Robinson allegedly brushed off concerns about her spending and other issues as “ridiculous.” She later drafted a recommendation letter for herself, which De Niro refused to sign, the suit states.