Cannes is back, in slightly altered form. It’s hotter in July. Crowds are smaller, hotels are not full, nor are the screenings in the market; many of the usual attendees stayed home, from top critics from the New York and Los Angeles Times and IMDb chief Col Needham to Sony Pictures Classics co-president Tom Bernard (his partner Michael Barker made the trip).

Supplying Tuesday’s opening night glamor to the tapis rouge were Jessica Chastain, returning to the Croisette ten years after “Tree of Life”; French-speaker Jodie Foster, sheathed in white with her wife on her arm, who graciously accepted a Palme d’Or life achievement award 45 years after the Cannes debut of “Taxi Driver”; and “Parasite” Palme d’Or and Oscar-winner winner Bong Joon Ho, who said, “Seeing you all here, I have the impression there hasn’t been a break; maybe the festival had a break, but cinema never stopped.”

Filmmaker Leos Carax supplied the Cannes opener, the audacious, full-throated musical “Annette” (which Amazon will premiere later this summer), which drove away some opening-night fest-goers. The actors are fearless in this heightened Lars von Trier operatic melodrama composed by the Mael brothers (aka the band Sparks), especially Adam Driver, who flew in for the Cannes photo call and world premiere, smoking a cigarette during the long (meaningless) post-screening standing ovation, but had to fly back to filming Noah Baumbach’s Don DeLillo adaptation “White Noise” (set up at Netflix).

At the Wednesday press conference, Russell and Ron Mael of Sparks (also the subject of Edgar Wright’s hugely entertaining recently released documentary) revealed that they approached Carax with their audio-only narrative concept for “Annette,” complete with music and characters, after he had used one of their songs in his 2012 “Holy Motors.” 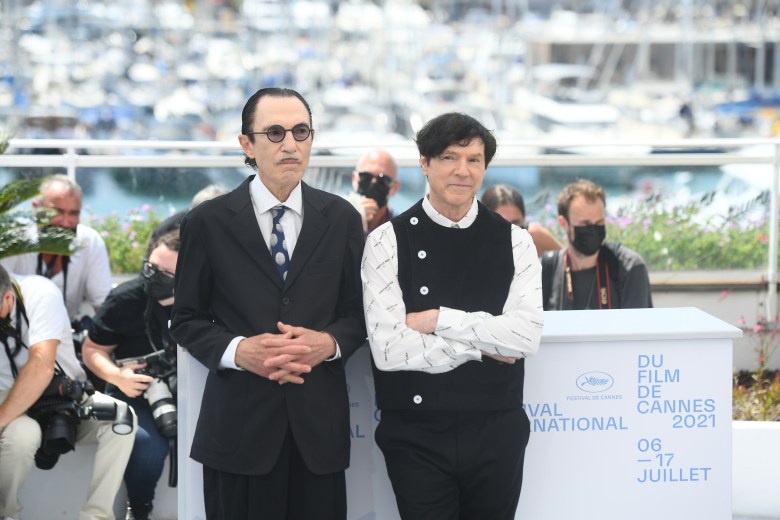 Frustrated musician Carax wanted to make a movie, because he’d always wanted to do a musical and had found kindred collaborators. “They created the world,” he said. The trio developed the project for eight years, deepening the characters, and switching out producers. “Leos brought our shared belief, that the characters should be sincere in what they’re saying,” said Ron Mael, “not distanced, which is important and separates it from so many other modern musicals.”

Eventually then-Amazon executive Ted Hope agreed to acquire the film. Carax wanted Driver to star as his lead, a sharp L.A. comedian, and finally after searching for an American actress, found Marion Cotillard closer to home. She had only known “Carmen” before playing an opera singer, but did her homework, practicing singing while moving around, as she and Driver had to perform their songs live on set. “You can explore the little accidents of not being able to breathe,” she said, “to not be able to sing properly.”

The movie explores how vulnerable performers are to the vicissitudes of celebrity; in some scenes Driver and his nightclub audience are yelling at each other. “It’s been a big question in my personal life,” said Cotillard. “Why do you need to be looked at and loved by so many people you don’t even know? How it can build your confidence in a way, how it can destroy you, especially when you don’t have enough love for yourself, to have this mirror of so many people loving you. It’s something that can put you in a situation when it doesn’t fit, it’s not logical. Then it can destroy your work.” 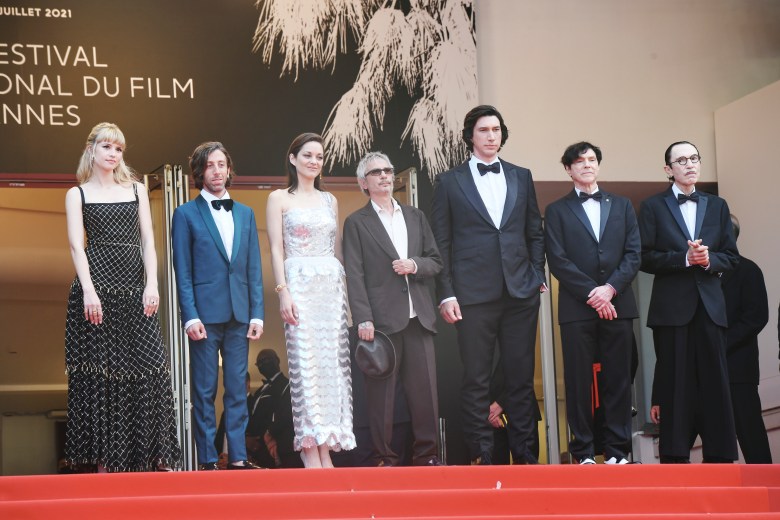 The cast of “Annette” during the 2021 Cannes Film Festival

“This film is one vision of a man [Driver] who’s a bad father, a bad person, a bad husband, and a bad artist,” said Carax. “But it’s as though there could be many other versions of the same story. It’s not a question of indulgence, it’s not a trial either, what the film says a bit is you have to fight, you have to be careful because, do we want people to end up spending their life in prison? Sometimes a person is his or her’s worst enemy.”

One controversial Carax decision was to have a puppet play the toddler Annette, who has to sing and perform on massive stages. “We thought it was impossible,” said Carax. “I said ‘no, no, no’ to certain things, animatronic, CG, virtual imagery. I wanted Annette to be in the shoot, in the arms of the actors, to see and touch her.” Cotillard and Driver had to manipulate the puppet in their intimate scenes.

Oscar prospects for “Annette” are remote. It’s unlikely to be widely seen, and critical reaction is already polarized: most people love it or hate it. Actors who see the film will admire Driver for his daring, often naked dive off a high board, singing, performing bravura comedy routines, making love, and murdering people he loves most. When Driver picks up and throws Helberg, the actor said, “I just had to submit. He’s rather big.”