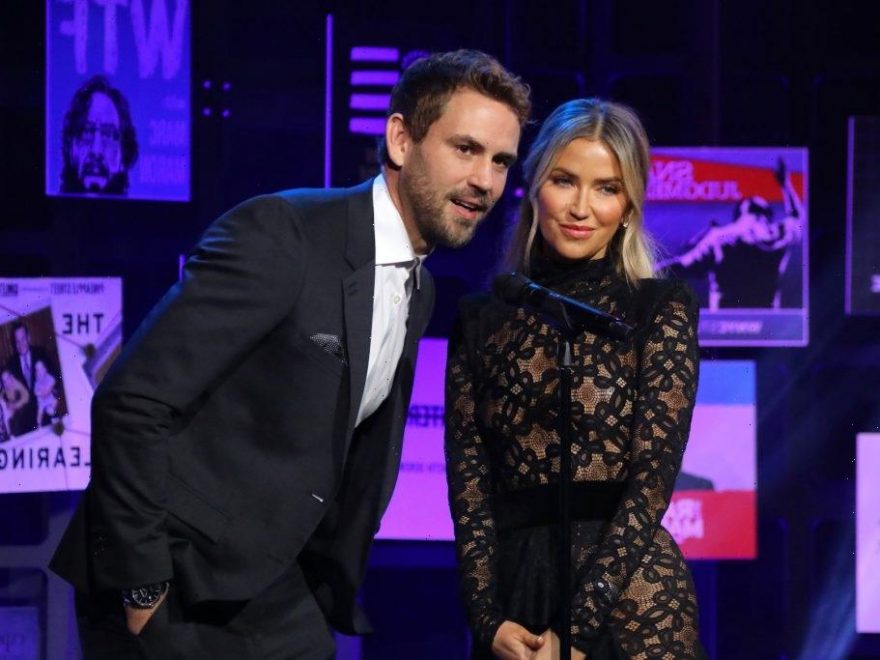 Bachelor in Paradise fans are excited to hear about the upcoming season of the show, but so far, there are plenty of unknowns. While the show is definitely happening in the summer of 2021, we’re unsure of who might host the series. And rumors are flying that former Bachelor and Bachelorette star Nick Viall could host. Here’s where the rumors originated.

Chris Harrison isn’t hosting the two future seasons of The Bachelorette, and his future with the franchise hangs in the balance. At the end of Matt James’ season of The Bachelor, Harrison defended Rachael Kirkconnell from racist allegations, resulting in his removal from the show. Now, fans are wondering if he’ll be back for Bachelor in Paradise. And if he doesn’t return, who’s the host?

Tayshia Adams and Kaitlyn Bristowe will fill Harrison’s shoes for The Bachelorette, and rumors are flying that Viall could host Paradise. Yahoo reports a writer for Cosmopolitan noted Viall posted multiple photos to his Instagram Stories in May 2021 of other Bachelor alums. Jared Haibon, Ben Higgins, Wells Adams, and Dean Unglert were all featured in separate photos on Viall’s Stories, and they appeared to have the photoshoot at a hotel.

Considering Bachelor in Paradise is likely to start filming soon, it would make sense for all the men to be in a hotel together around this time if they’re going to make appearances on the show. And, considering Viall was behind the lens, this could be a clue he’s the future host.

Is Nick Viall in a relationship? Could he head to ‘Paradise’ as a contestant?

Viall’s tried to find love on The Bachelor, The Bachelorette, and Bachelor in Paradise. While he thought he found the love of his life multiple times, something always went wrong. Now, he seems like he might be the perfect candidate to host Paradise. But is he currently single? And, if so, would he head to the beach as a contestant rather than the host?

“I’m chatting it up. [Doing] FaceTimes, Zooms,” he told Demi Burnett on her podcast, Big Demi Energy, according to Us Weekly. “I will say single people out there are as eager as ever. “I think it’s a great time if you’re single to actually make new connections and get to know people. … You can focus on getting to know someone. I’ve been trying to do a little bit of that.”

When is ‘Bachelor in Paradise’ coming back?

So, when is Bachelor in Paradise expected to air? Fans will get to see their favorites from The Bachelor and The Bachelorette attempt to find love on Aug. 16, 2021.

As for the cast, it seems that’s still up in the air. Joe Park from Tayshia Adam’s appears to be the only contestant confirmed for the show. And additional rumors suggested casting had trouble getting participants after the debacle with Harrison.

Prior to Paradise, fans can get excited for Katie Thurston’s season of The Bachelorette, too. Her season premieres on June 7. After that, Michelle Young will take center stage as the next lead. Her season will likely air after Bachelor in Paradise in the fall.

We’re excited to see what’s in store for the franchise soon!