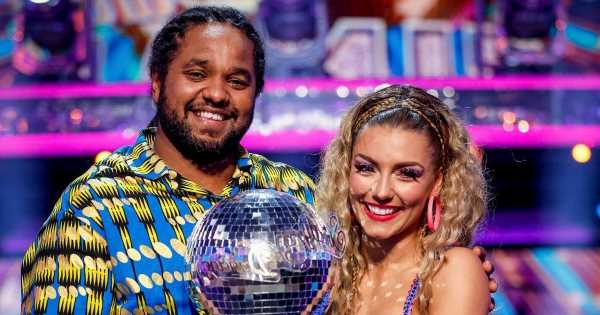 Following Hamza and Jowita Przystal's victorious win when the pair raised the coveted Glitterball trophy after impressing the public at home, the BBC Breakfast team discussed the new winners.

Rachel Burden spoke about the Countryfile wildlife cameraman Hamza on Sunday (December 18), and claimed that he wasn’t the best dancer of the evening.

READ NEXT: BBC Breakfast's Naga Munchetty issues warning as co-star 'tries not to get run over'

Speaking to her co-star Roger Johnson, she said: "He's incredible, he wasn’t actually the best dancer on the night but it’s not about that.

"It’s about the story behind it and he had this amazing connection with his partner and the public loved him, it’s a great story."

Roger then replied that he had seen in a paper that Hamza could be the next up-and-coming David Attenborough.

Rachel added: "Well he’s definitely come from behind the camera now to in front of it, hasn’t he?"

Her co-star continued: "That gives him the profile now, he’s a star, he’s a celebrity."

After his win, a tearful Hamza said: "Words can't describe how I feel. I want to thank one person, Jowita, you're an angel disguised as a human being. This is the best thing that's ever happened to me."

Jowita then looked at her dance partner and confessed: "I think anything is possible. He came here with no dancing experience, with pigeon toes and he made it. I'm so proud of you."

Going into the final, Hamza's main rival was Helen Skelton who was 7/4 to win while Hamza was at 4/9.

And despite finishing fourth on the leaderboard in the Strictly final, Hamza and Jowita were crowned the winners of the 2022 series.

For more of the latest showbiz and TV news from the Daily Star, sign up for one of our newsletters here.