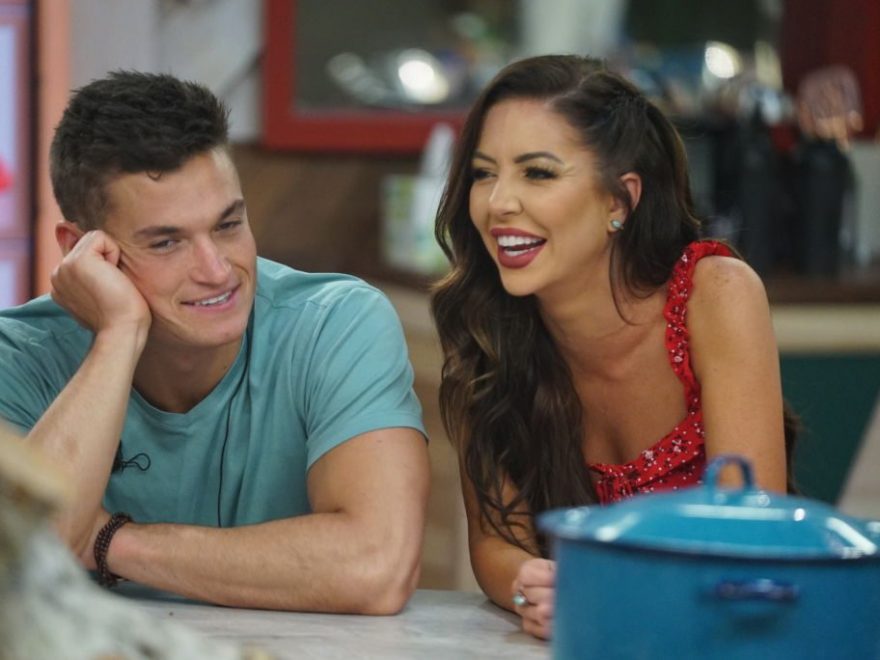 Previously on Big Brother, the Six Shooters alliance broke up, and Tommy has since worked overtime to try to get the group back together. However, Christie and Michie refuse to work with each other ever again. Tommy then won Head of Household and nominated Kathryn and Cliff, putting Nicole in a tough situation.

Wanting to take out Michie and Holly, Nick created a six-member alliance consisting of Christie, Analyse, Tommy, Cliff, Nicole, and himself. When he presented the idea to Cliff, the Hoggfather almost immediately accepted because he had no other choice.

However, Nicole felt unsure about it, mainly because the alliance didn’t include Jessica. She then spilled the beans about the newly formed group to the plus-sized model, before siding with the majority and voted to evict Kat. On Big Brother 21 Episode 24, who won Head of Household and who are the nominations? Keep reading to find out.

For the first half of the episode, viewers watched Jessica confront members in the new six-person alliance before Kat’s eviction. First, she asked Analyse about it, who denied the pact existed. Jessica then told Analyse that her former best friend, Holly, said Michie thought Analyse was flirting with him.

When Jessica repeated the information to Analyse, she exaggerated a bit and made it seem like Holly was angry with her. The soccer star then told Christie what happened, and began to get very upset. Holly heard Analyse raising her voice from outside the room, so she entered to ask Analyse what happened.

Analyse confronted her about the flirting with Michie situation, and all the other houseguests listened from the outside. Jessica came in and notified the ladies they had an audience listening; so Christie, Analyse, and Jessica moved the conversation to the Have-Not room.

Jessica again brought up the six-member alliance, to which Christie not only denied but swore on her sister’s life never existed. Christie and Analyse also talked bad about Michie and Holly, saying they had no one left in the house, so they needed to disarm them by evicting Kathryn.

Michie eavesdropped and ran back to Holly with the information, who decided to go into the room and talk to the girls. Once again, Christie and Analyse both promised Holly there was no alliance.

The houseguests competed in the recurring Slip ‘N Slide competition for Head of Household. For Aug-toberfest, the contestants had to transfer beer from a barrel to a stein, and whoever filled up the stein first wins. Michie was in the lead for the majority of the competition and came away with the win with Holly and Christie close behind him.

Almost immediately after Aug-toberfest, Michie made it clear to Holly that Christie is his target this week because he believes she is in his way of winning. He also wanted to draw a line in the sand, and nominate Analyse after Cliff told him a part of the deal was that they would target Michie and Holly.

However, Christie said everyone only made the deal to save Cliff, and again swore that they were not coming after him. The Head of Household also spoke to Analyse, who told him that Nick originated the deal. Michie explained to the soccer star that she is not his target and that he trusts her, and she assumed that meant she was off the block.

Michie decided to nominate Christie and put Analyse beside her to all but guarantee his target’s eviction. Analyse felt blindsided because she misunderstood Michie, and Christie accepted Michie’s challenge to compete.

Tommy said he would sit this one out and let Christie and Analyse handle it on their own because he had been begging them to mend their relationship with Michie for weeks.