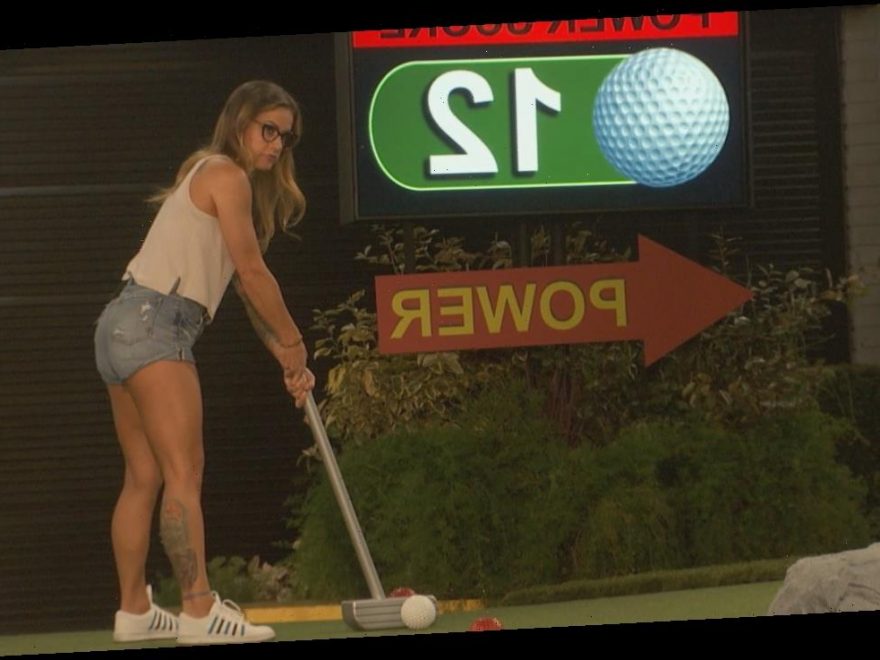 A lot of Big Brother spoilers have come from the live feeds over the past few days, with a number of big events following up that Triple Eviction from Thursday night.

The October 1 episode presented something new to the houseguests and also for the viewers at home. It was unfortunate that the cast members learned about it before the third eviction even took place, but it was still something new and fresh.

After Kevin Campbell, David Alexander, and Daniele Donato got sent to the BB22 jury, the final six houseguests were pressed back into action. The game had to go on and they are actually already prepared for the next Eviction Ceremony.

As a reminder, an extensive Big Brother schedule change is also in place, removing Sunday night episodes from CBS and even presenting a special Friday night episode during the month of October.

The final six houseguests are Christmas Abbott, Tyler Crispen, Nicole Franzel, Memphis Garrett, Cody Calafiore, and Enzo Palumbo. They didn’t get the night off after the Triple Eviction but instead had to play a new Head of Household Competition that took place in secret.

Cody won the HOH Competition, adding to his ever-increasing resume of challenge victories during the summer 2020 season. Here is a full breakdown of which BB22 houseguests have won the most challenges for any readers who want to check it out.

With the power in his hands again, Cody nominated Christmas and Tyler for eviction. He had a long chat with Nicole about which direction they wanted to go in next, and that was what the duo came up with.

It will be interesting to see if the producers show the footage of Christmas and Tyler learning that they were going to get nominated because they looked completely and utterly shocked. Despite only six people being left in the game, Christmas and Tyler were still caught off guard.

Cody then won the Veto Competition as well. Everyone got to play in it since there are only six houseguests left, but it was still Cody who won yet another challenge. He now has complete control of the nominees and plans to not use the Power of Veto this week.

What will happen next on Big Brother All-Stars?

The Big Brother live feeds have already shown conversations where Cody said that he is not going to use the POV at the Veto Meeting. He has already met with Memphis, Nicole, and Enzo about how they are going to vote at the Eviction Ceremony.

As it stands, Tyler Crispen is going to get evicted on a unanimous vote. Everyone is on board with keeping Christmas around and that’s really good news for Memphis, who has grown very close to her this summer.

One conversation that had social media buzzing was when Nicole called Tyler a “snake” on the live feeds. Nicole and Cody then talked about how they felt Tyler was full of poison and they want him out of the house.

It’s still a while before the Thursday night Eviction Ceremony, so these Big Brother spoilers could still shift, but it looks like the game is coming to an end for Tyler.