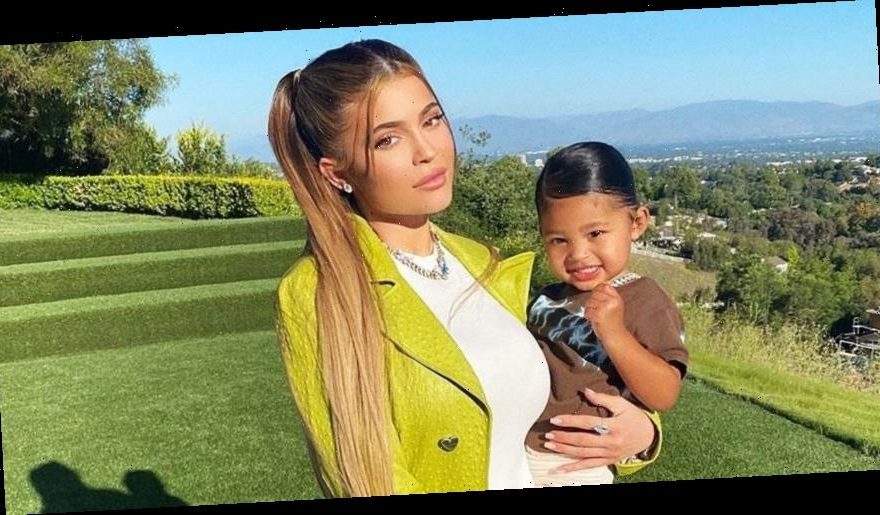 “Big girl bed,” the Keeping Up With the Kardashians star, 23, captioned a Friday, October 2, Instagram Story upload. The footage showed a wooden bed with pink sheets and a stack of pillows. An upper bunk held books and toys, decorated with clouds.

In another shot, the Kylie Cosmetics creator showed more books and a pink daybed, as well as three stuffed animals. The makeup mogul panned over a wall with a framed dot painting and a storm cloud.

The toddler has another bedroom in her mom’s office, the reality star revealed in June 2019.

“It’s hard to manage mom life and work life sometimes so that’s why I made her a bedroom here so she could be with me and still have fun,” the E! personality explained in a YouTube video at the time. “Stormi is in all my meetings. She really is.”

After Jenner woke the little one up from a nap in the vlog, Stormi drove a mini car around, danced with her mom and played with toys.

The Kylie Skin creator’s child also had a private room while on the road for Scott’s 2018 tour. “So her dad gives Stormi, not me, Stormi, her own room at every venue,” Jenner explained at the time. “We don’t let her out because of how loud it is there, but she just usually stays backstage and watches until her bedtime. She watches on the TV what’s going on.”

Everything Kylie Jenner, Travis Scott Have Said About Daughter Stormi

The Life of Kylie alum and the rapper, 29, welcomed their baby girl in February 2018. Jenner hasn’t ruled out having baby No. 2 with her on-again, off-again boyfriend, a source exclusively told Us Weekly last month.

“Kylie definitely wants more kids, she’s just not sure about if it will be with Travis, but again, it could happen one day,” the insider told Us in September. “They are still young and figuring out their next steps.”