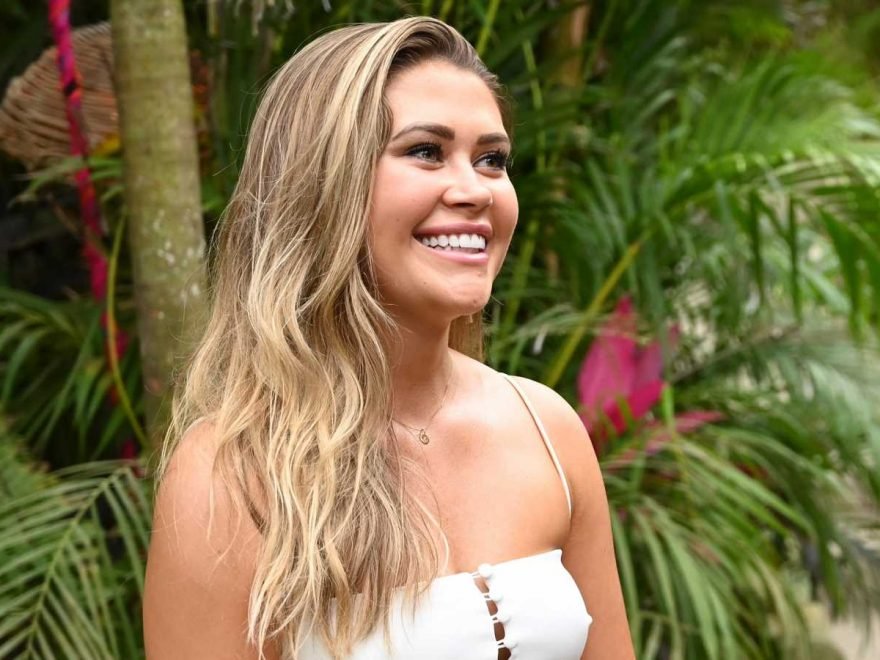 One day after her private texts with fellow Bachelor in Paradise star Blake Horstmann were shared online, Caelynn Miller-Keyes is speaking her truth.

“Here we go,” Miller-Keyes, 24, began a lengthy Instagram post on Wednesday night, saying that she was not going to deny her conversations with Horstmann, 30, depicted in the texts, but that “things got taken out of context” and “a large part of the story is missing.”

Miller-Keyes went on to say that she and Horstmann had a relationship that went beyond “a one night stand at a music festival.”

“The ‪5 am‬ text exchange that Blake chose to share is not an accurate representation of our past relationship,” she said.

Miller-Keyes also took a moment to take “ownership” for what she said on Tuesday night’s episode — she told Horstmann that he made her feel like “a slimy, disgusting secret.”

“I was upset and I let my emotions control my words,” she said. “However, I did not go on a show to ruin someone’s character.”

“I attempted to address my feelings and the situation with Blake face to face,” she continued. “It’s unfortunate that I didn’t get the same respect in return, and I am absolutely mortified our private texts were put out there for the world to see and judge by someone who I trusted and consider a friend nonetheless.”

“It’s clear to me that Blake and I had different ideas of what our ‘relationship’ was,” Miller-Keyes wrote, explaining that they had started talking months before Stagecoach and “FaceTimed everyday [sic] and talked about potentially skipping paradise to be together.”

“When I say he ghosted me, it was after those few months of us talking,” she said. “It was my understanding there was no one else and I thought we were on the same page.”

Miller-Keyes and Horstmann got caught in a love triangle with their fellow Bachelor in Paradise star Kristina Schulman when it came out that Horstmann had slept with them both on back-to-back nights at the Stagecoach festival.

The former Miss North Carolina then addressed the backlash she has been facing since Horstmann released the text exchanges on Tuesday.

“What infuriates me the most is that I’m being trolled for having sex because of what I’ve been through,” Miller-Keyes continued. During her time on Colton Underwood’s season of The Bachelor, she shared that she had been raped in college.

“I want to be very clear that I am not looking for sympathy,” she said. “I took the necessary steps to move on and heal, but I will not be abstinent for the rest of my life because of it.”

She concluded by saying that the drama between her and Horstmann “is a complicated situation” because it “has taken a life of its own on the internet.”

“This could’ve been over after last night’s episode, but since it’s now all over Instagram, I felt like it was imperative to share my truth,” she said. “We all have our own perception of how different situations unfold and there are many sides to this story. I hope that we can all move forward and support one another, rather than tear each other down.”

“I have moved on and I am excited to continue to share the rest of my journey with you all,” she said.

Though it has yet to appear on the show, multiple sources have told PEOPLE that Miller-Keyes’ journey unfolds into a relationship with Dean Unglert, who voiced his support for the pageant queen after Horstmann released the text messages.

“A ‘public figure’ sharing private text messages in an attempt to salvage whatever is left of their fragile ego…” Unglert said in a tweet on Tuesday. “Calling it childish would be disrespectful to children everywhere.”

The messages Horstmann shared, which took place at the Stagecoach festival in April, seemed to portray a different narrative than the one the Miller-Keyes presented during the two-night premiere of Bachelor in Paradise.

They show Horstmann telling Miller-Keyes that if she comes over, they can “cuddle but no sex,” to which she replied, “If I come over it’s strictly for sex. Nothing more nothing less.”

A source told PEOPLE on Wednesday that Horstmann struggled with the decision to post the messages.

“It was very, very difficult for him to put that out there. Putting the text out there was never about hurting Caelynn. He felt like his hands were tied and it was the only way to tell his truth,” the source said.

Jonah Hill: ‘I’m 37 and finally love and accept myself’

Do I keep trying to be friends with ex after he ended whirlwind romance?