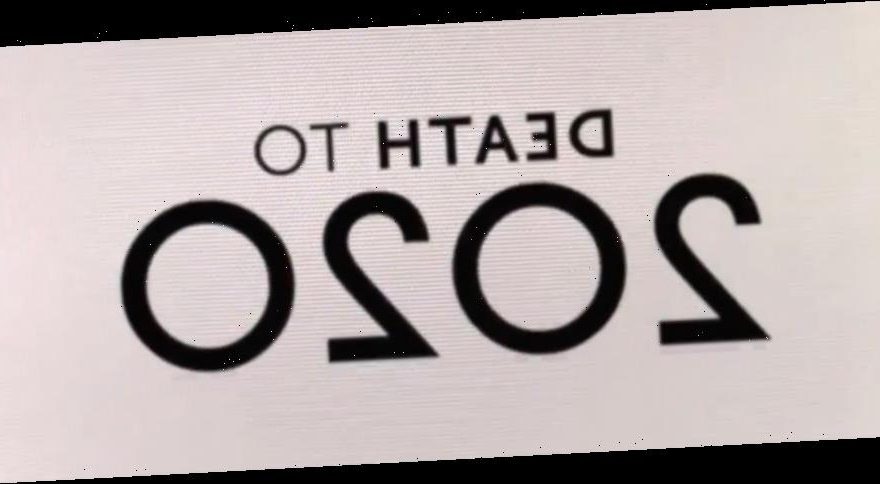 This year has been such a shit-show that it makes episodes of Black Mirror look almost quaint by comparison. Black Mirror creator Charlie Brooker is aware of that, so rather than bring us a new season of Black Mirror he’s unleashing a new, mysterious mockumentary about the hell year that was 2020. Brooker just dropped a new teaser for the project, which may or may not be called Death to 2020.

At the end of November, Hugh Grant casually revealed he was working on something with Charlie Brooker, creator of Black Mirror. Grant said that the project was a “mockumentary about 2020,” and that he was playing a historian being interviewed about the year in question: “I’m doing a thing tomorrow, actually. Charlie Brooker [the creator of Black Mirror] has written a mockumentary about 2020. It’s for Netflix, and I am a historian who’s being interviewed about the year. I’m pretty repellent, actually! And you’ll like my wig.”

Now it looks like we have our first teaser for whatever the hell this mystery mockumentary is. “2020: even the creators of Black Mirror couldn’t make this year up,” the text in the teaser tells us. “But, they do have something to add. Death to 2020.” That final appears on the screen in such a way that it suggests this is titled Death to 2020, but we’ll have to wait for confirmation to be sure.

Beyond that, all we know is that it’s “coming soon” to Netflix. Would Brooker actually be able to get this thing wrapped up in time to release it this year? Maybe, depending on what type of footage he’s using. Black Mirror season 4 dropped on December 29, 2017, and the Black Mirror movie Bandersnatch arrived on December 28, 2018. So there’s certainly some precedent there. But this is all guesswork on my part – we might not see 2020 until 2021. Stay tuned.