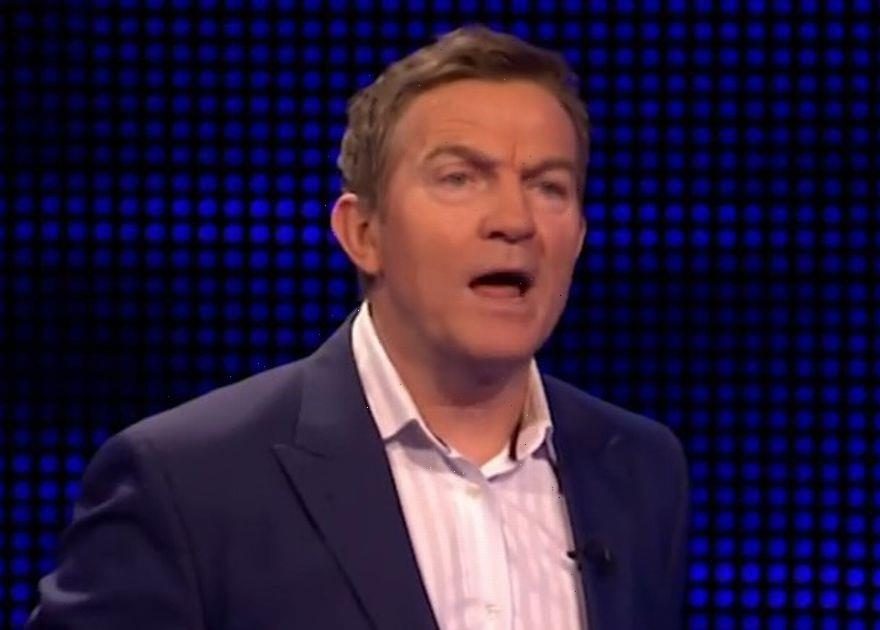 Bradley Walsh had ITV viewers in fits of laughter during Friday's throwback episode of The Chase after he savagely mocked a contestant's husband.

The latest batch of four players entered the studio to try their luck at bagging a hefty cash prize against the notoriously smart Chasers.

Roma, Tom, Hilary and Jim went up against quiz-whizz Anne 'The Governess' Hegerty in order to test their knowledge.

The first contestant to face the music was Jim, who managed a successful cash builder round which resulted in him bringing back £8,000 for his team.

Sadly, Tom from London, who works in advertising, wasn't able to beat genius Anne and was sent packing from the show.

Unfortunately, Rona was booted off of the show too after getting all of her questions wrong.

However, when it was Hillary's turn, a supply teacher from Cumbria, she revealed she'd like to use any money she won on a second honeymoon with her husband.

Host Bradley asked the player what her husband's name was and she replied saying: "Mr Finnerty… Shaun."

Quick-witted Bradley didn't miss a beat, and he started teasing the player, saying: "Is that what you have to call him?"

Fans were loving Bradley's banter on social media, with many taking to Twitter to make jokes of their own – with some even suggesting Bradley should have a part to play in any future Charles Dickens flicks.

A second fan couldn't contain their laughter as they wrote: "Bradley making me die."

A third user commented: "Petition for Bradley to play Fagin in Oliver."

Later in the game, Hilary was able to make it back to her team but the team walked away empty-handed, as her and Jim lost out to The Governess in the final chase.

The Chase airs weekdays at 5pm on ITV