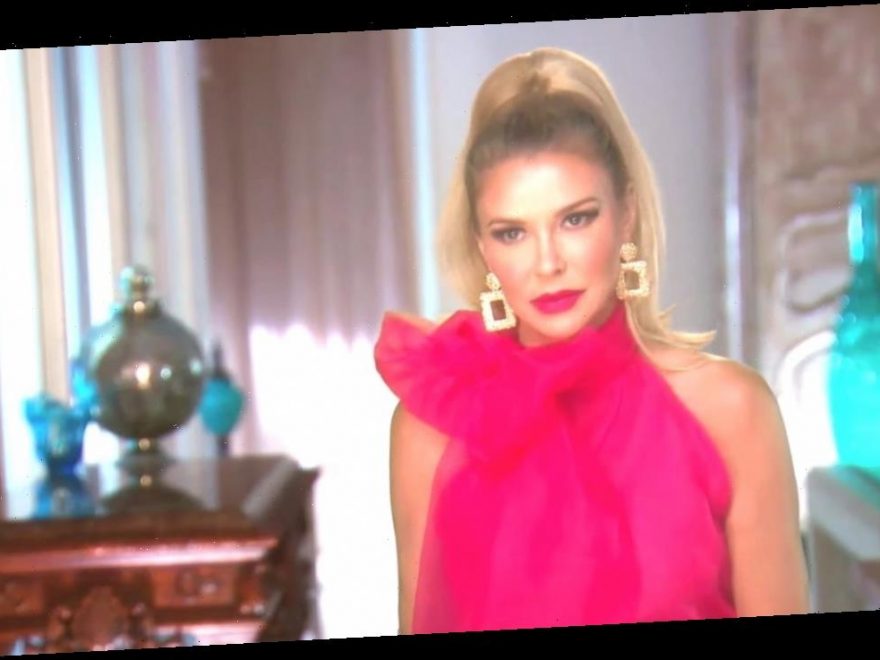 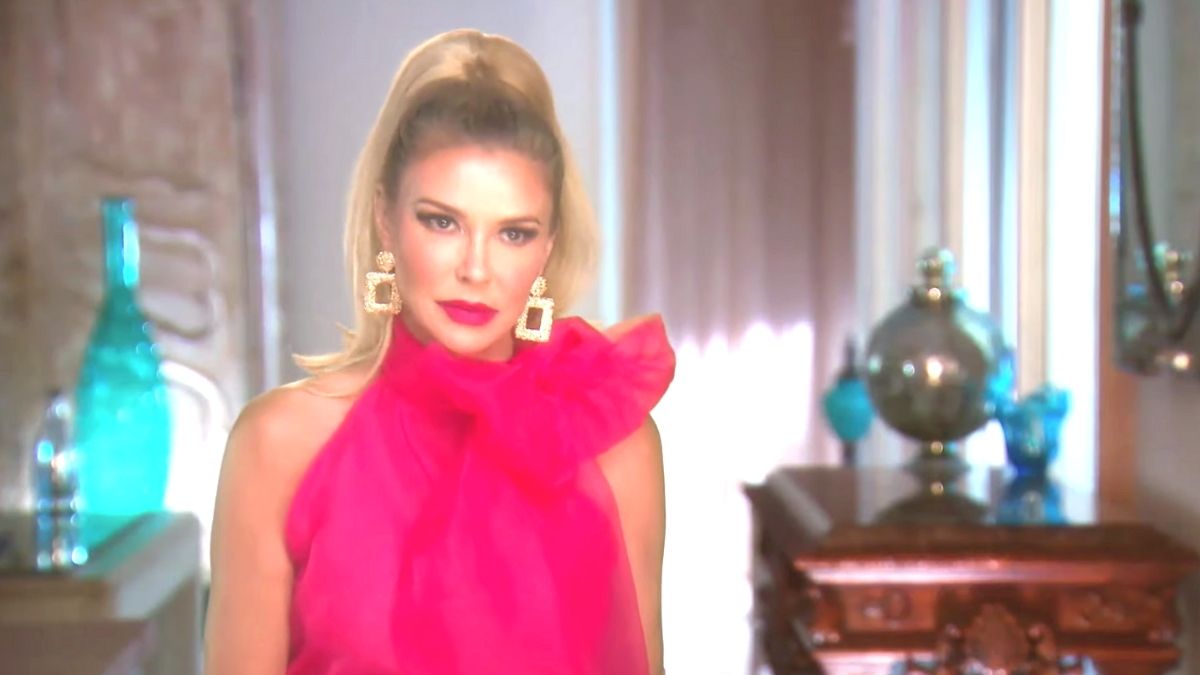 Brandi Glanville wants to convince everyone that she’s telling the truth about her alleged affair with Denise Richards.

Even though she’s not a full-time housewife on The Real Housewives of Beverly Hills this season, she keeps popping up and talking about her supposed affair with Denise.

During last night’s episode, Brandi revealed that she could prove that she had a relationship with Denise and she showed the group of women text messages between her and Denise.

The text messages were labeled as “juicy,” and while the women believed that something had happened between Denise and Brandi based on the text messages, fans were not so convinced.

During Teddi Mellencamp’s baby shower, Brandi revealed that the women could read through her messages with Denise and make up their minds about the situation.

The text messages were shown on the screen as the episode aired. Below, you can read some of the messages. 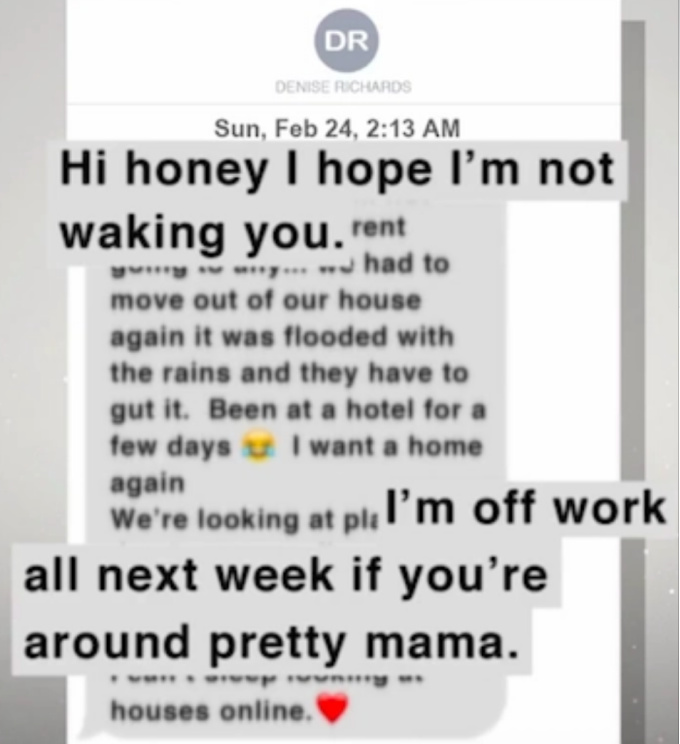 In the messages, Brandi and Denise are calling each other “pretty mama” and sending heart emojis. In one message, Brandi says she’s free for drinks and Denise says she would love to catch up. 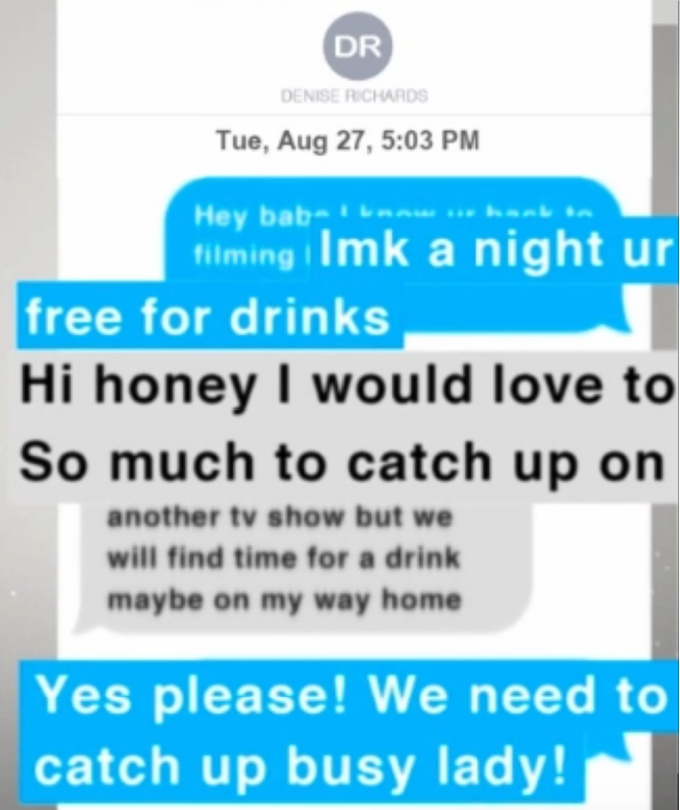 In one message, the words “hey pretty” are used and they make plans to have a “girls day” where they can just hang out because Brandi doesn’t have her kids in her care. 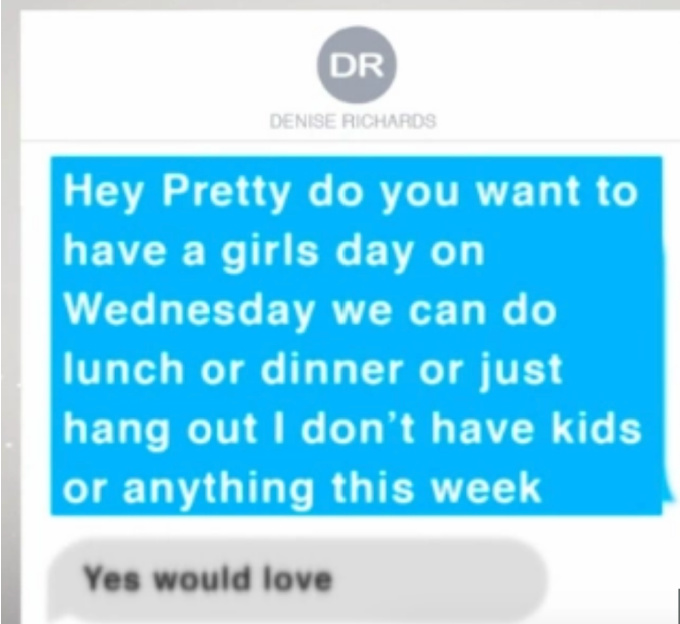 In one text message, Denise appears to write to Brandi that if she and Brandi went 5 years without speaking, they can always pick up where they left off and her loyalty won’t change. 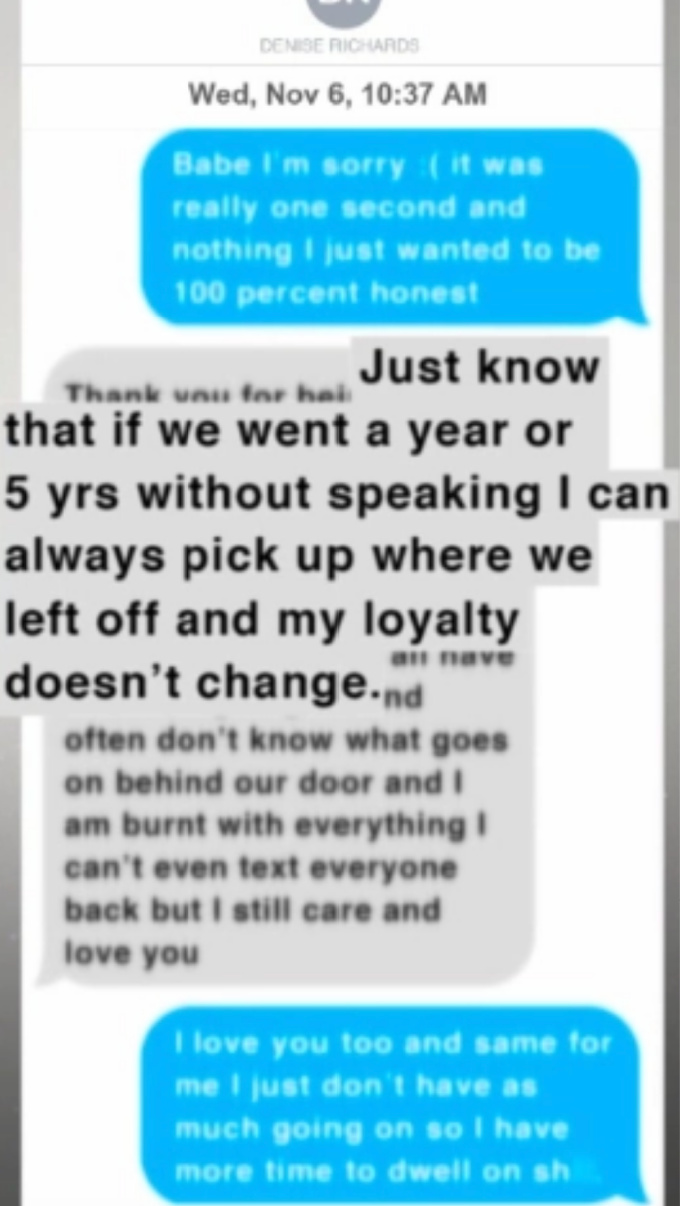 Both women tell each other that they love each other.

No text messages address any affairs or hookups, but that hasn’t changed the minds of the ladies. Lisa Rinna said that Brandi and Denise clearly had a friendship and she doesn’t understand why Denise would lie about that.

Even though The Real Housewives of Beverly Hills ladies are starting to believe Brandi over Denise when it comes to having an affair, fans are not convinced. In fact, they don’t feel that the text messages prove anything.

On Twitter, fans shared their thoughts as the episode aired last night. 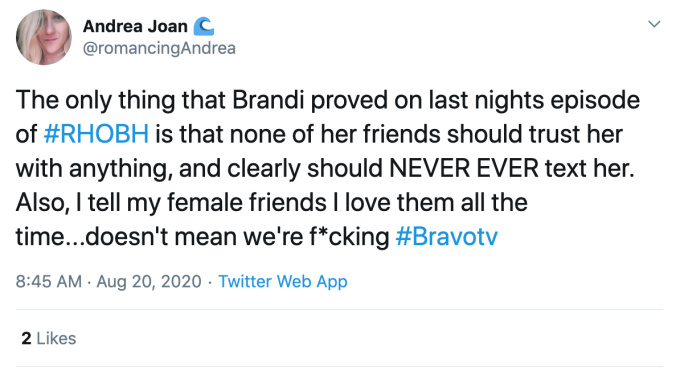 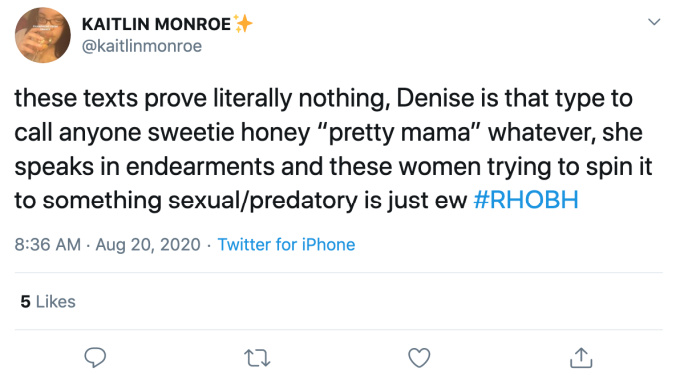 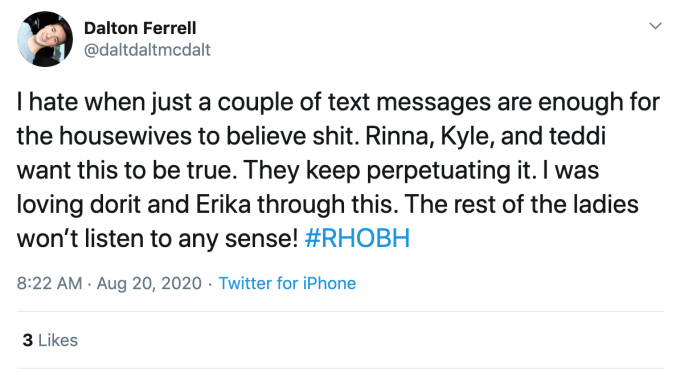 Lisa has been vocal about the supposed affair because she is friends with Denise. She claims she should have told Denise about the rumors, but at the same time, she does think that Denise is deflecting the claims by saying that Brandi has supposedly slept with another woman from the group of friends.

This happened a few weeks ago on the show, as Denise reacted to the rumors by turning the story around, saying that Brandi had told her that she had slept with someone else from the group of friends. Denise never said who it was.

The Real Housewives of Beverly Hills airs Wednesdays at 9/8c on Bravo.