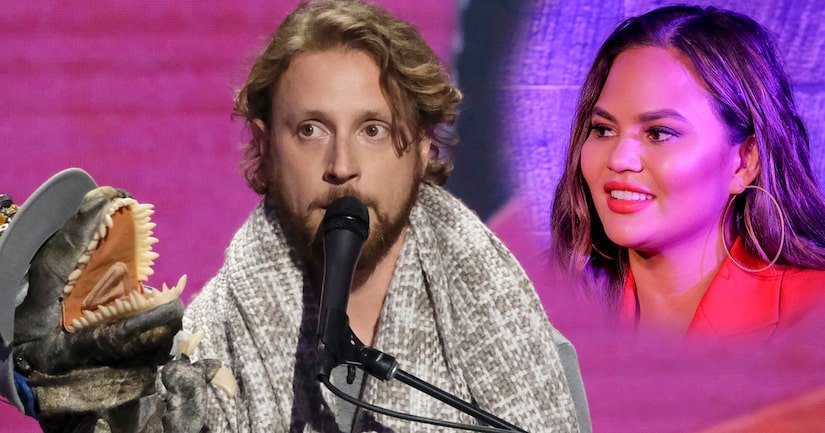 From passive-aggressive Lewis & Clark to Father’s Day complaints to “Cinderella” deconstructed, Teigen and fellow judges Kenan Thompson and Jeff Foxworthy had their work cut out for them!

What a weird night of competition on NBC’s funniest (at least that’s the idea) reality show of the summer. And "BTF" genuinely did bring some funny moments with the latest batch of ten acts competing to move onto the next round.

Combining sketch, variety and stand-up, you never quite know what’s going to hit the stage. It might be a deconstruction of "Cinderella" that will leave you questioning your childhood. It might be a rant against Father’s Day that’s a little to real. And it might be passive-aggressive Lewis & Clark.

Plus, one act was so bizarre and beyond description in many ways that Chrissy Teigen both didn’t understand it even a little bit and absolutely loved it. At least she thinks she did. She’s still trying to figure it out.

Who do I think I am? you ask. Well, I spent nearly a decade of my life sweating and bleeding to the music as a dancer. From a young boy learning a shuffle-ball-change to performing with the St. Louis Ballet Company, I experienced the ups and downs of one of the most difficult physically demanding sports on the planet. During this time, I was also a member of the St. Louis Symphony Youth Orchestra, as well as a gymnast, writer and cartoonist. I had a lot more energy in my younger years. And I’ve spent the last seventeen years analyzing and critiquing reality competition shows for various media publications. I’ve got this.

Fair warning, since I’m safe at home, I’m probably going to be a little harsher than my colleagues Kenan Thompson, Chrissy Teigen and Jeff Foxworthy. But I might be nicer, too. Maybe. For this round, I’m gonna rank them from worst to first to see who emerges as my top six each week.

(standup) Audrey carried herself like someone who’s always the life of the party telling funny stories while they’re drunk and laughing along with everyone else, but she was laughing through her set and it was off-putting. It also wasn’t as funny as her laughs made it out to be. She should let the audience decide when it’s funny.

(variety) This was a pretty funny hip-hop track with a whole new dance craze about keeping it "Subtle." We definitely dig their vibe, and while it’s impossible to know what else they might bring, they definitely knew how to entertain the crowd with their musicality and their bizarre and yet rhythmic moves.

(sketch) This was funny but felt unfinished. Lewis & Clark taking pithy jabs at one another is pretty funny, but we really would have liked to have seen more from this crew rather than two musical interludes to set up the funny parts of the sketch. If it is a longer piece, they could have gone with a sharper edit for this stage.

(variety) What a bizarre act. While his "political song" scream was primal and perfectly hilarious, the puppet DJ wasn’t quite as successful. Maybe in a longer set it would work, but here it just felt like he was missing opportunities to really bring the laughs with something stronger.

(stand-up) Candice revealed that this was her first time doing standup, and it showed in a few ways. She took a little too long to get to her punchlines and over-explained some things that she can just trust are understood. Her material, too, was well-trod dealing with women’s body maintenance and beauty standards. She didn’t bring anything fresh to it, but she had a raw charm to her presentation.

(stand-up) He over-explained his "two kinds of quiet" setup, but the punchlines of the jokes worked really well. He has a great stage presence, uses the space he’s given and offers just enough physical comedy to keep things moving and interesting. He’s definitely got a gift for standup.

(variety) This turned out way funnier than it had any right to based on how she started. But Kristin’s deconstruction of "Cinderella" only got funnier as it went along. Did it need to be a song? No, but by the end it was a catchy little ditty and we were singing along, so she pulled it off.

(sketch) Sampling spot-on Kourtney Kardashian and Sofia Vergara impressions, Andrea set up a nice fake news bit that definitely has potential to carry on for much longer than we saw here. We’d love to see what else she has in her repertoire, because these were great and the overall sketch was funny, too. We love that Chrissy accidentally posted video of Andrea doing her Kourtney impression online and had to get chastised by production (so kudos to anyone who caught it months ago when it was briefly up).

(stand-up) What a solid delivery and his Father’s Day material was sharp, consistent and funny. His partial sitting is a little odd, but it also makes his delivery stand out from other comedians. His physicality and energy is wholly his own, too. Would love to see him on other topics to see how he dissects them.

(sketch) That was both stupid and a brilliantly fully realized sketch premise. They set it up, explained it and then executed it perfectly from top to bottom. They’re not all the best actors in the world, but they did the job of sketch by drawing us into their world and making us believe in it so we could laugh with them … at them.

Once again, we get short-changed on the show and NBC can’t be bothered to put up ten full videos on the show’s official YouTube page. Did you run out of room on the internet?

There seemed to be a pretty clear divide top to bottom, with only a little wiggle room in the middle as some performers were unpolished but showed potential.

They kicked things off with the night’s strongest act, Kids These Days, followed by Kristin Key, Andrea Lopez, Calvin Evans and Ali Siddiq. So far, we were five for five and our Top 5 acts of the night carried on.

The final act was the one that simply confused Chrissy throughout his act, Drennon Davis. This is a perfect reason we need to see the full acts online, because we didn’t get enough to really understand what he was about … not that we’re sure it would have helped in this case.