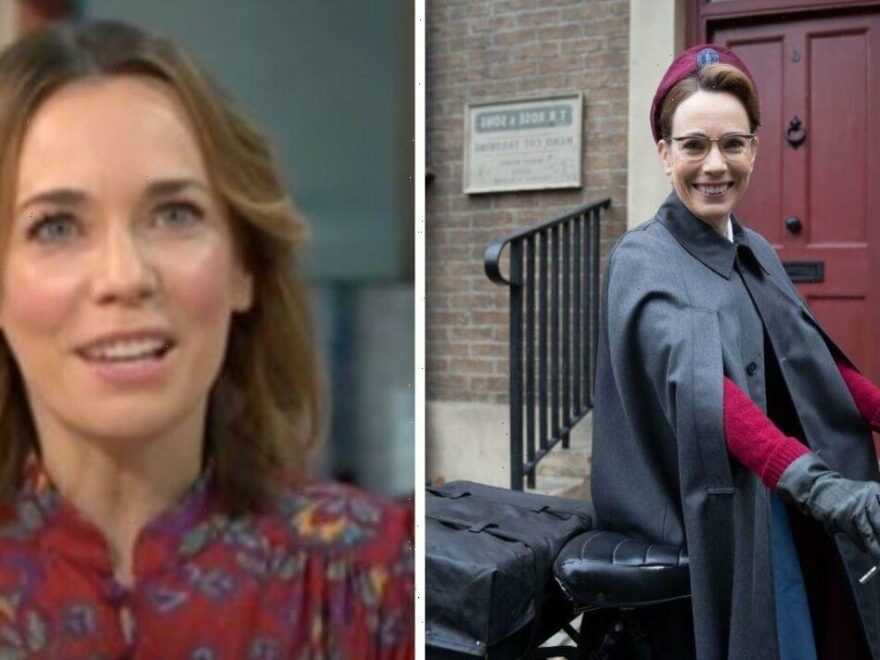 At the start of the year, fans of Call The Midwife tuned in to watch the latest instalment of the hit BBC show as the period drama started in the Spring of 1968. Although series 13 has already been confirmed, actress Laura Main spoke about the future of the show.

So far, the newest series of Call The Midwife has shone a light on the racial tension in the late 60s following Enoch Powell’s infamous Rivers of Blood speech.

Following his scathing attack on UK immigration, tensions have started to run high in Poplar with members of the community divided on whether or not they agree with his statements.

Although the series has already been renewed for a 13th season, it’s unclear whether or not the series will continue into the 1970s.

Actress Laura Main, who plays Shelagh Turner in the long-running BBC show, touched on what’s in store for Call The Midwife.

Appearing on Thursday’s instalment of Good Morning Britain, she spoke to hosts Ben Shephard and Kate Garraway on her hopes for the future.

She said: “I don’t know if it’s happening, we’d film 1969 this year which will go out next year, that is definitely happening.

Showing his excitement at the idea of the show moving into a different decade, host Ben said many things happened in the 70s they’d be able to portray.

He replied: “Wouldn’t it be great? The things that went on in the 70s, not just in the NHS but the clothing, the music, the culture.”

Touching on Call The Midwife running for over a decade, Ben told Laura it was an extraordinary amount of time to be in a job.

Laura continued: “Yeah, I feel so lucky to have got that gig.

“That gig that takes off in an extraordinary way that nobody could predict, the actresses in our show that have done hundreds of jobs.

“This doesn’t happen very often, so it does feel really special.”

Although the show has continued to be a success for 10 years, one cast member revealed they’re shocked at the popularity it’s received.

Jenny Agutter, who has played Sister Julienne from the start in 2012, admitted that she thought it wouldn’t make it past the first series.

Speaking to Good Housekeeping for their February issue, the 70-year-old said: “I didn’t see this happening. I thought we’d do six episodes and that would be it.

“I was sat on a bus once when the woman next to me said, ‘I didn’t want to disturb you, but I have to say, I watch Call The Midwife and I have a particular interest in it because I was a nun for seven years.’

Call The Midwife continues Sundays on BBC One from 8pm.