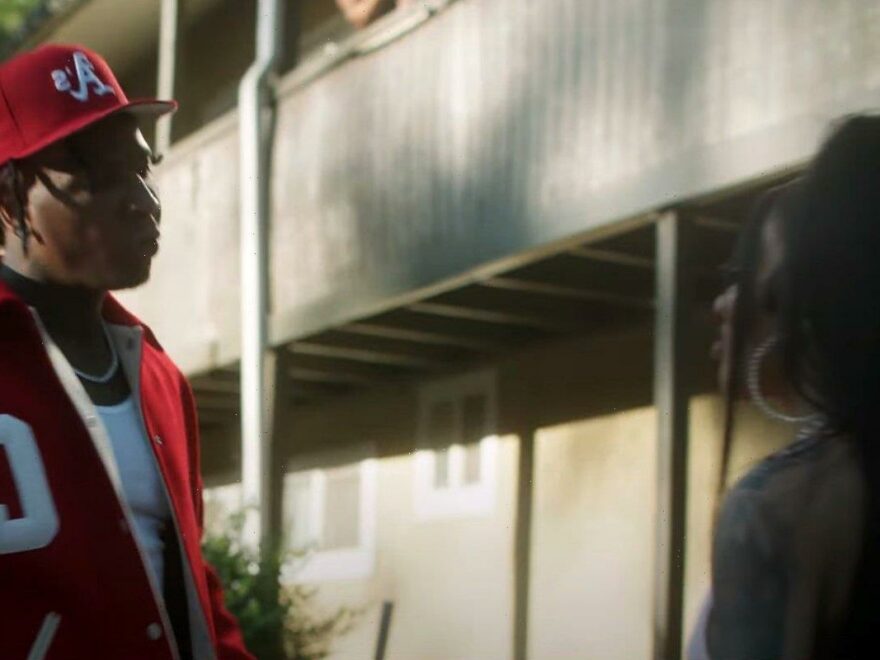 The new collaborative track arrived on Wednesday, January 11 along with its music video which shows the Memphis native and his on-screen girlfriend arguing all the time as a couple.

AceShowbiz –Moneybagg Yo and GloRilla have teamed up for a new joint single called “On Wat U On”. The track arrived on Wednesday, January 11 along with its music video which shows the pair arguing all the time as a couple.

The clip begins with Moneybagg ordering something in a drive-thru. GloRilla, who is sitting in the passenger seat, later finds condoms in the car and she doesn’t waste time confronting her on-screen boyfriend.

Moneybagg and GloRilla teased their collaboration on Monday. Sharing the cover art of the single, they penned, ” ‘On Wat U On’ @glorillapimp 1/12 #PreSaveNow #LinkNbio.”

“On Wat U On” arrived more than a month after Moneybagg Yo dropped “Quickie” and its visuals. In the Diesel Filmz-directed clip, the Memphis native can be seen sitting down in a strip club.

While he’s spoiled by several dancers, the former boyfriend of Ari Fletcher reflects on a series of encounters with many women. At some point, the hip-hop star showers one of the strippers with stacks of cash.