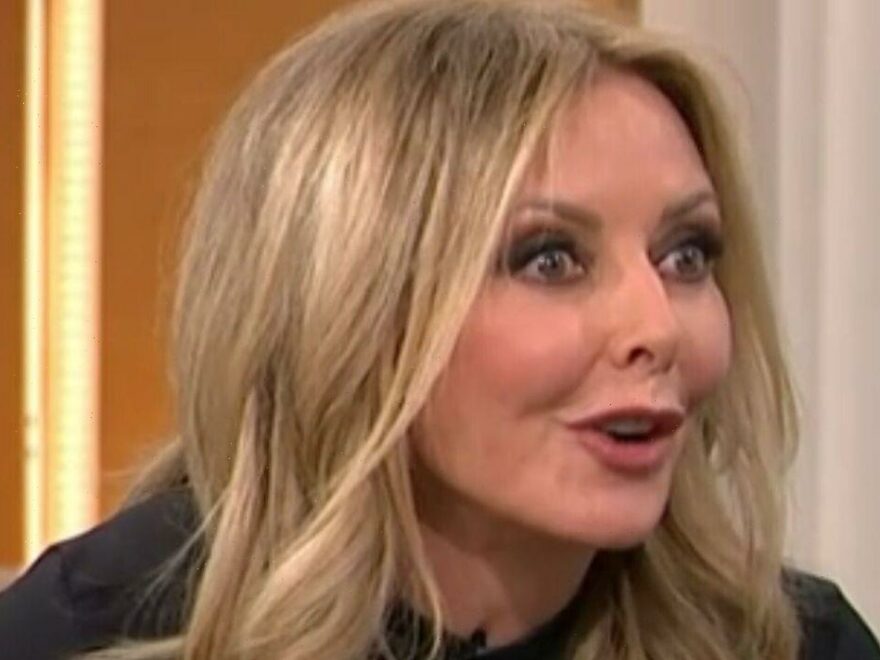 This Morning viewers were blown away by Carol Vorderman’s appearance on Friday as she joined Alison Hammond and Dermot O’Leary in the ITV studio. Carol and her pal Gyles Brandreth were welcomed onto the show to discuss the latest news headlines. However, before they had even begun, Alison couldn’t stop looking at Carol’s leather trousers.

“I feel like you got the memo with leather on,” the presenter complimented.

“The leatherette,” Gyles chipped in as Carol pointed out: “They are leather, yes.”

Alison joked: “I feel like I am in competition with Vorderman.”

“Whether we know it or not, we are all channelling the Vorderman in one way or another,” Dermot weighed in.

“I think I am turning into her,” Alison laughed as Gyles added: “What a start to the day.”

Viewers were quick to take to social media to comment on Carol’s appearance.

And while some were unsure of the star’s leather trousers, others were loving them.

Lee Hood wrote: “Can we take a moment to appreciate how good Carol Vorderman looks this woman just doesn’t age she has looked after herself well #thismorning.”

“How the hell did Carol get those leather trousers on, when I put mine on it’s like an Olympic sport #ThisMorning,” Victoria joked.

“@carolvorders was giving it the works on @thismorning,” James Johnson penned.

Carol and Gyles discussed a range of topics on the show, including Nadhim Zahawi’s tax bill.

And, viewers took to social media to praise Carol for being vocal about her opinions.

Tony praised: “Well done Carol, somebody needs to keep it in the news.”

The guests also spoke about whether they could ever give up drinking coffee.