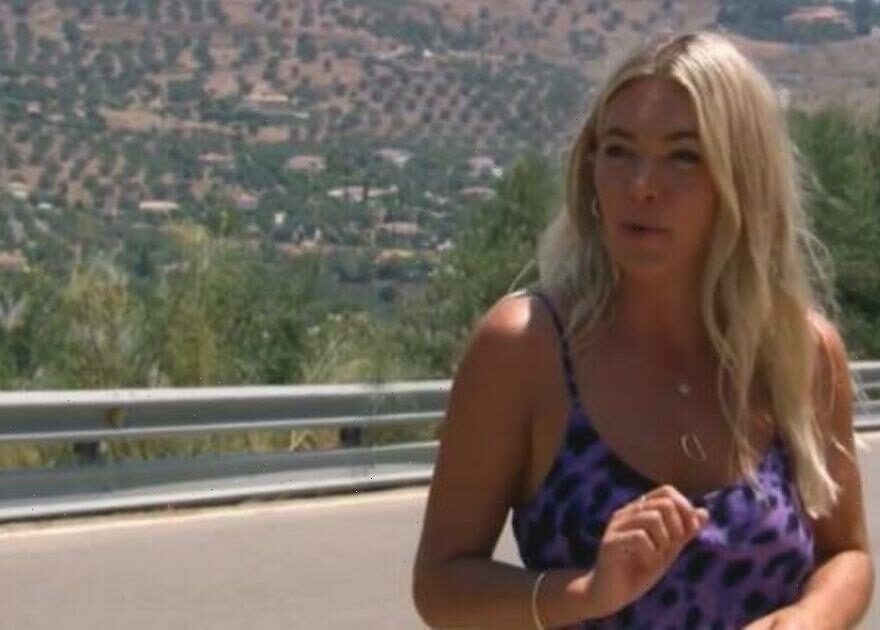 A Place In The Sun's Danni Menzies showed off her killer figure as she filmed her workout.

The presenter, 32, took to her Instagram stories to share her progress in the gym as she was filmed laying on a bench while doing some intense work on her abs.

READ MORE: A Place In The Sun’s Laura Hamilton branded ‘hottest woman on the planet’ in chic dress

Danni was filmed in the gym with her hair tied back in a plait as she appeared to be wearing just a soft touch of makeup on her face.

She held onto the back of the bench as she kicked her legs forward, up and back down and repeated as she showed her workout routine to her followers.

The beauty was sporting a blue one-piece as the material clung to her curves and showed off her slender frame.

Danni often shows her fans snippets of her working out in the gym, with the beauty giving her followers a sneak-peek just last week before she went skiing as she caught up with training.

She was seen doing an impressive leg workout as she told her followers she was "activating the legs", but admitted the routine was "difficult right now".

Her workout routines have become a prominent aspect of her Instagram feed with her fans regularly praising her for the posts.

On her last workout clip one follower wrote: "Keep on girl!", while another said: "And that my friend is why you look so hot."

The recent workout was clearly in preparation of her luxury getaway as Danni then spent some of her January in even colder climates as she went skiing.

Referring to herself as a "mountain goat", Danni shared multiple snaps of her on the snow as she dressed up in all the gear to mark her trip.

Fans were happy to see her making the most of her time off work – but it shouldn't be too long until viewers can see her back on-screen.

For the most part viewers see Danni on Channel 4's A Place In The Sun where she attempts to find new homes for people looking to move abroad.

The star spends a lot of her time travelling to different places while looking for the perfect property.