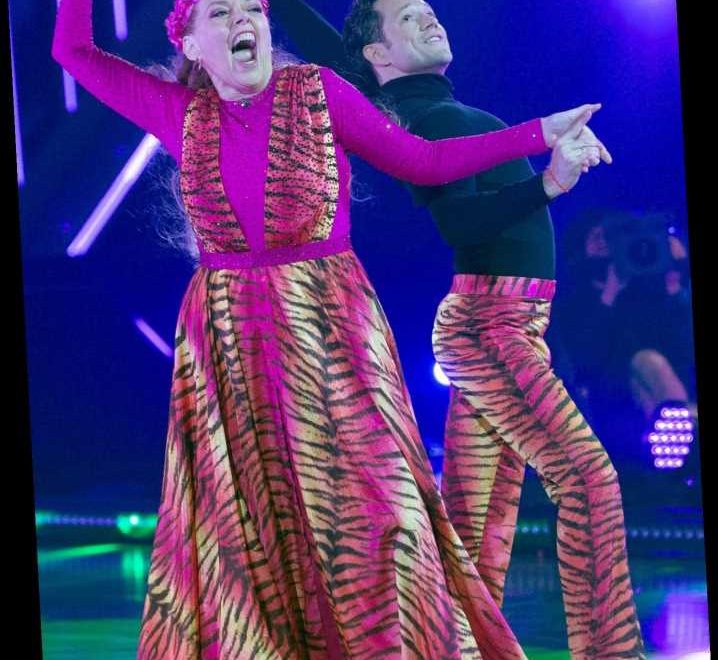 Carole Baskin is the Tiger queen.

Baskin, one of the subjects of Netflix’s hit docuseries Tiger King, hit the stage for the premiere of Dancing with the Stars on Monday night, and her dance with partner Pasha Pashkov was, of course, big cat-themed.

The pair danced to Survivor’s “Eye of the Tiger” dressed in animal prints — Pashkov in bright tiger-print pants and Baskin, 59, wearing a matching floor-length dress. The choreography for the paso doble dance was also cat themed, with Baskin frequently raising her arms to flash tiger claws.

Despite the eye-catching dance, however, Baskin had the lowest scores of any contestant on opening night. "You used those claws all the time, I thought you were going to dislocate your shoulder," judge Bruno Toniolo said. "I want to hear you roar," he added, awarding them a low score of three. "Sorry love, it can only get better."

Fellow judge Derek Hough, however, was more positive, giving the dance a four. "You're here, you're doing it," he said.

During a press conference last week, Baskin shared that she had been turning down numerous media opportunities after Tiger King premiered earlier this year, but it was her daughter who convinced her to consider joining DWTS. " 'Mom, you got to do this,' " she recalled her daughter telling her, according to E! News. "And so I contacted them and I thought what they would do to pair me with a star because I have never seen this show and didn't know how it worked."

"So once I found out how it actually worked I was even more mortified, but I wanted to do it for my daughter because she does so much for me," she added.

Baskin also opened up to PEOPLE about her journey thus far on DWTS, the challenges that come with competing, and why she made the tough decision to leave her big cats and join the cast.

"It’s so much easier than I thought it would be,” Baskin said of her dance rehearsals. “When I first saw some clips on YouTube, I thought, 'There’s no way that I’m going to be able to do that, not in 100 years of training,' But now, I’m like, 'Dang! This could potentially work.' "

She added: "I feel like this is an opportunity to give light to big cats and remind people that they don’t belong in cages. I just keep telling myself that this is the best way to get the message out there. To be as good as I can so that I can stay on as long as I possibly can."

Dancing with the Stars airs Mondays at 8 p.m. EST on ABC.