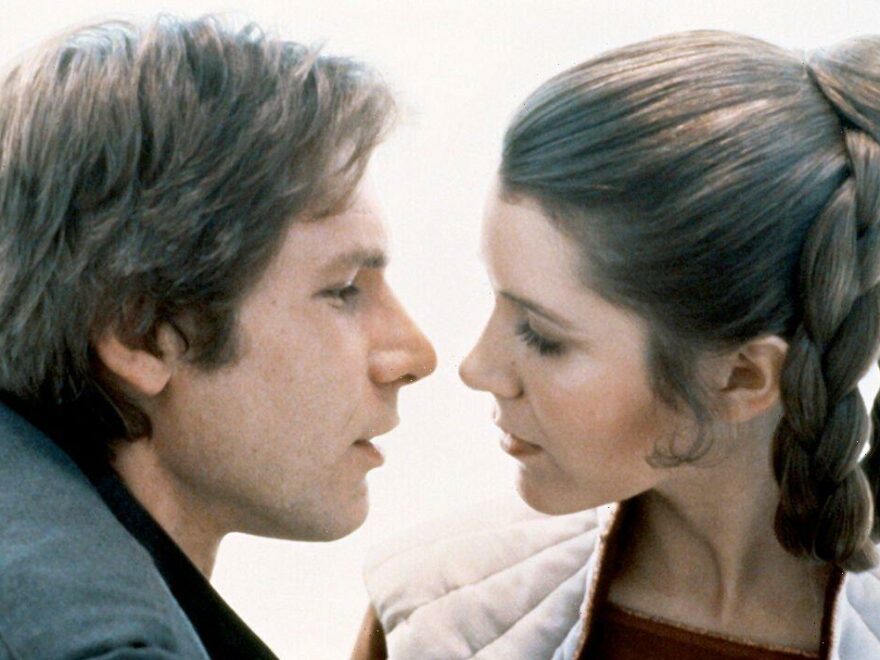 Today, October 21, 2022, would have been the 66th birthday of Star Wars legend, Carrie Fisher. The actress in 2016 after suffering a cardiac arrest while on a plane from London to Los Angeles. The American actress was best known for playing Princess Leia Organa in the Disney franchise, but she was also a fun-loving woman who got up to all sorts of trouble throughout the years. In 2015, she admitted that a few scenes in 1980’s Empire Strikes Back were even shot while she was drunk with Harrison Ford.

Fisher previously explained she had a complicated relationship with Ford. After being catapulted into superstardom following the release of 1977’s Star Wars: A New Hope, Fisher and Ford were two of the biggest stars in Hollywood.

Before long, they began a sordid relationship behind the scenes that remained secret for decades.

Fisher ended up revealing all in her 2016 memoir The Princess Diarist, where she opened up about her time with Ford, who was 16 years older than her at the time.

One raunchy occasion between the actors sparked when they were filming Empire Strikes Back on location.

In 2015, Fisher recalled one chaotic night of partying that involved Ford, The Rolling Stones, and turning up to work drunk.

“Yes, that one’s true,” she said of the rumours. “I was renting Eric Idle’s house for five months, and he was doing Monty Python down in Tunisia, and they had a drink that they would give to the extras to make them more compliant. And they called it the Tunisian Death Drink.”

She unexpected received a call from Idle who told her that he was partying with The Rolling Stones. She didn’t hesitate and ran to the event, where she called Ford and told him: “Get over here! This is ridiculous!” (Via The Daily Beast)

Together, Fisher and Ford began drinking and having a great time. Before long, they decided to avoid falling asleep in an attempt to avoid any kind of hangover, as they had Star Wars filming the next morning.

Unsurprisingly, this plan didn’t go well. Ford and Fisher reportedly drank well into the night and had to return to the Star Wars set the next morning while still inebriated.

Reportedly, it was the Cloud City portion of Empire Strikes Back that had the two actors playing drunk throughout filming.

Fisher added that there was one key tell that revealed she and Ford were drunk during these iconic moments.

Fisher said: “We don’t really smile a lot in the movie, but there, we’re smiling.”

It’s no surprise Fisher and Ford got up to so much trouble together, as their affair was the talk of the town for months.

Fisher described their raunchy romance as a “three-month one-night stand” that started when he started kissing her in the back of a car one night.

Despite the fact he had a wife at the time, Fisher could not resist his charms.

Fisher revealed in her memoir that she fantasised about Ford leaving his wife for her.

And she felt like he got close to pulling the plug when he “did an impression of her” one day – a jovial act he wasn’t known for doing. Eventually, however, things petered out.

She later said: “I wasn’t raised that way but when you’re on location — this is something I discovered — everything is permitted.”