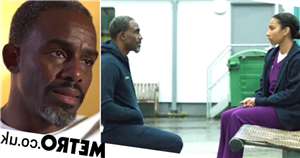 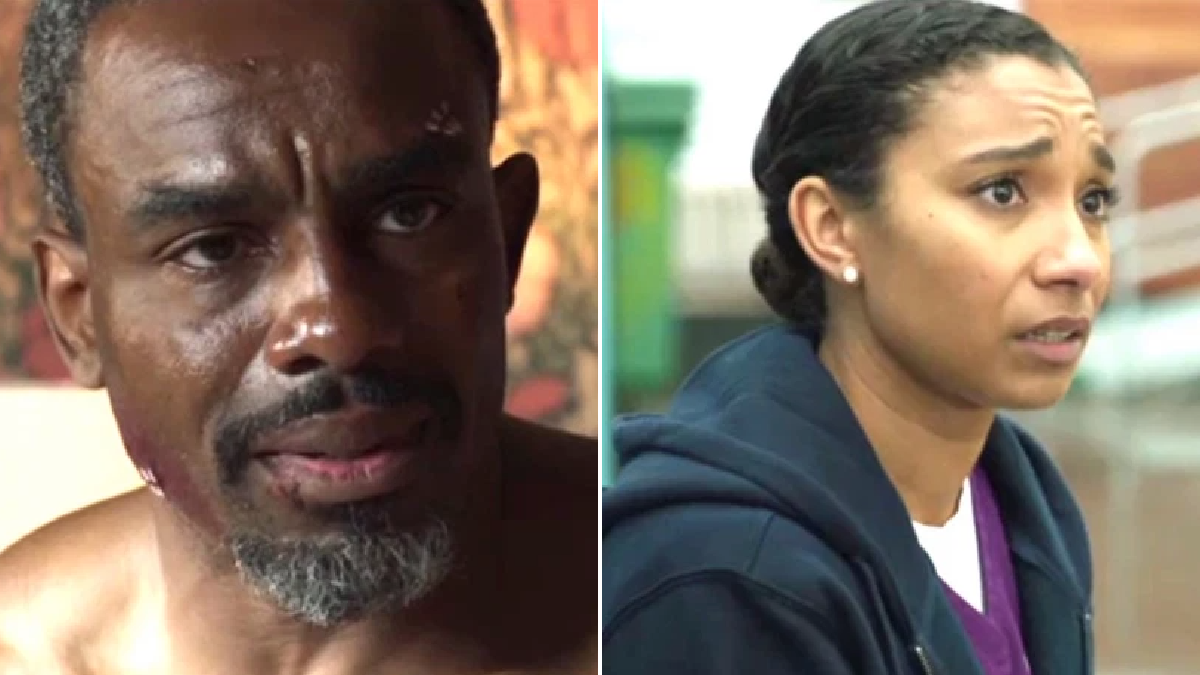 It’s been well established on Casualty that Jacob Masters (Charles Venn) is a rescuer, the sort of man who will unhesitatingly step into a situation to help someone. We had a perfect example of this in tonight’s episode, when he saw a woman about to jump into the sea. Without pausing to think about his own safety he plunged into the water after her, and managed to get her out safely. In hospital the woman, Jo, confided in him about how she felt that life wasn’t worth living and he did his best to try to help.

Unfortunately, this instinct to rescue desperate people is also extending to his relationship with Tina (Adele James). We’ve seen by now that Tina is a deeply troubled woman who flies into jealous, unprovoked rages. She controls Jacob with deceit and manipulation, using emotional blackmail to get her own way.

She’s been violent towards Jacob and has previously physically hurt him. He should really walk away fast, but instead he chooses to appease her, by asking her to move in with him and now, in response to accusations of finding other women attractive and more violent behaviour, by asking her to marry him.

Casualty fans everywhere will have been shouting ‘Nooo!’ at the screen at this point.

Many will also have been shouting ‘Nooo!’ as we saw Ethan (George Rainsford) leaving baby Bodhi on his grandparents’ doorstep. Certainly his dead brother Cal (Richard Winsor) – ‘Some sort of grief manifestation’ as Ethan described him – was telling Ethan that it was a mistake. It followed a week of Ethan trying to go back to work, leaving Bodhi with Fenisha’s parents.

He needed to work to distract his mind from his grief, but he quickly discovered he couldn’t cope with work and with looking after his little boy.

Cal was dressed in a superhero cape, but the kind a child would play dress-up in. It came from a time when he and Ethan were boys, Ethan’s mind going back to this time, ‘Because we were loved then. Because we had fun. Because we laughed. And I was happy.’ Cal persuaded his brother to talk to Fenisha’s parents about how he was feeling. ‘All I can see is her and I don’t know what to do,’ he told them. Fenisha’s parents are both really lovely and her dad said they would help as much as possible, and Ethan should be kind to himself.

It was clear to Ethan that at the moment there isn’t enough of him to go round to look after himself, his patients and his son. He decided Bodhi would be happier without him. ‘Cherish him and most of all make him laugh,’ he heartbreakingly asked Fenisha’s parents in an emotional note.

There was bad news from Jan (Di Botcher), too, as Teddy (Milo Clarke) found her sleeping in the office. She told him not to tell anyone, so he told Iain (Michael Stevenson). This was exactly the right thing to do, and Iain soon discovered that Jan and her wife Ffion have split up because of all the business when Jan was taking drugs into the prison for her son Ross.

The new series begins Saturday 8.45pm on BBC One. pic.twitter.com/ssSalGwZkI

Iain said Jan could come and stay with him, but she told him she already had a room sorted out with friends. Later on, he found her trying to sleep in her car.

Sue Haasler is the author of five novels and the official BBC Holby City book, which you can read about here.