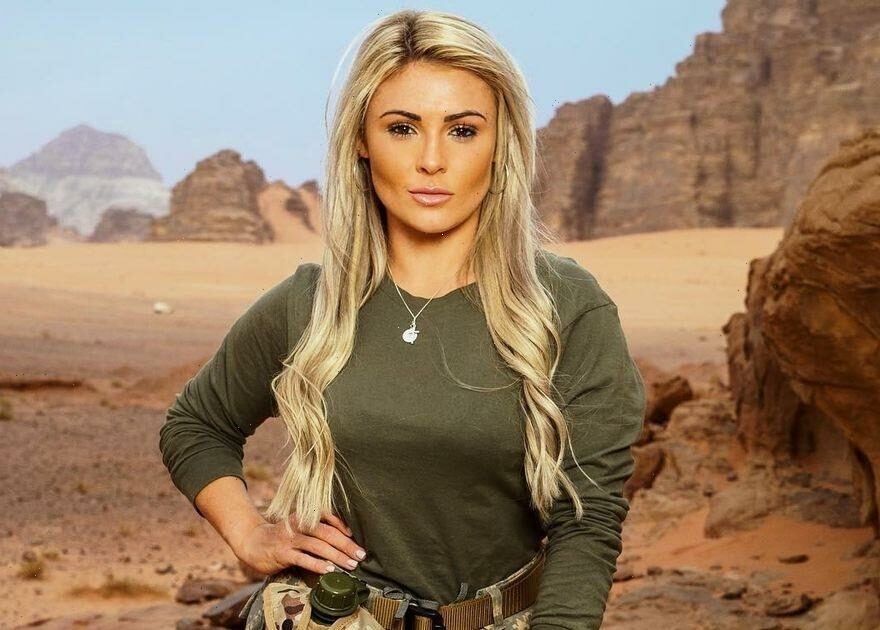 Celeb SAS: Who Dares Wins star Shannon Courtenay has revealed contestants are “basically naked” when showering at the Jordanian camp.

The brutal endurance test this year sees more celebrity contestants than ever before compete to be crowned the strongest recruit in their longest series yet.

During their time on the Channel 4 show, the star-studded cast are stripped of their home comforts and forced to live as a special forces soldier would in the bleak conditions.

This included forcing the stars to go on joint toilet trips together and even share joint showers, often completely naked.

Now, in an exclusive interview with Daily Star, the professional boxer, 29, explained how the team quickly got accustomed to the stripped back conditions in the primal army camp.

She explained: “If you want to go to the toilet, you’ve got to go in a pair so you don’t get the chance to do any of that.

“Because you go, ‘Oh I'll have a shower when I get in’ but as you’re about to get in the shower you’re getting called out to do a bee sting [challenge].”

Shannon went on to reveal that the women were provided with a simple black “thong” to shower in, whereas many of the men opted to bare all in front of their teammates.

The sportswoman continued: “When you’re in there all your dignity goes out the window because you’re going to the toilet in front of each other, you’re showering basically pretty much naked.

“You've got a thong on but you’re all in the same boat but once you’re going to the toilet with each other all dignity is lost, isn’t it?”

When asked if there were any hints at romance within the camp, the blonde bombshell quickly shot down any rumours as she confessed: “Absolutely not. You don’t get any chance to do that, let me tell you.”

Shannon Courtenay will be appearing on Channel 4’s Celebrity SAS this Sunday at 9pm. You can follow her @shannon_courtenay.