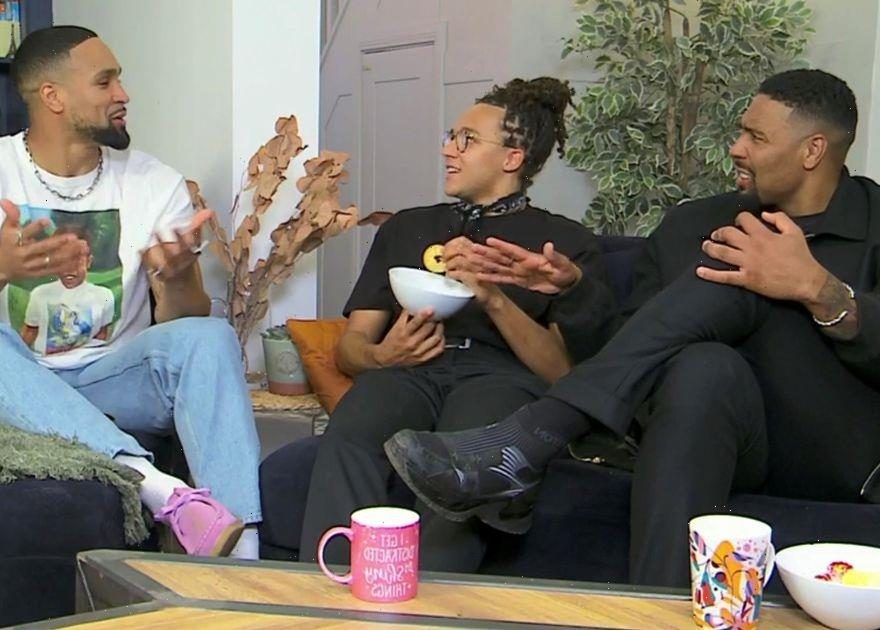 Celebrity Gogglebox took a different direction on Friday as Ashley Banjo appeared to confess he has a slight foot fetish, though he doesn't seem to be aware of it.

As Ashley joined Jordan Banjo and Perri Kelly on the show, they were watching Married At First Sight and discussing the concept of the show.

While it's notable that the concept is different, the one thing that really put Ashley off taking part was the fact that the women were in a wedding dress, and he wouldn't be able to see their feet.

Before he said anything else, Jordan warned him that he might be about to let slip a fetish and to slow himself down, but Ashley was befuddled.

Pushing to his pals for support, he encouraged them to join him in what he was saying, but it seems they were not on the same page as him.

It looks like it was a revelation to Ashley himself, who was stunned that the preference to check out women's feet wasn't something that was universal.

Taking to Twitter, fans were in hysterics over Ashley's accidental confession.

One user wrote: "So what we have learned tonight is Ashley Banjo has a foot fetish."

Another said: "Ashley just exposed his foot fetish to the nation!"

This week Celebrity Gogglebox is airing a special version of the series with a Black to Front makeover of the Channel 4 show.

The famous faces will be sharing their opinion on some of the most popular shows on TV, including Married At First Sight, Celebrity SAS and some football snippets.

TV presenter Maya Jama appears on the show alongside comedian Munya Chawawa to share their thoughts on new TV shows.

Channel 4's Black to Front comes as part of their ongoing commitment to "improve black representation both on and off screen", as they amplify "black talent, voices and stories".

Bosses previously said: "It is important to us that viewers can identify with people that they see on-screen and that everyone in the UK feels represented and heard in our programmes.

"The programming will not only entertain viewers but also create a national conversation about Black portrayal and representation."