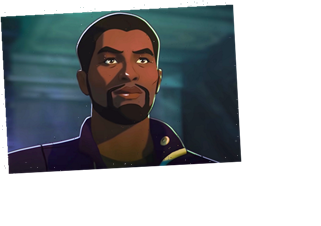 We have not yet seen Chadwick Boseman‘s final turn as T’Challa/Black Panther, which it has now been confirmed will come in Disney+‘s animated Marvel series, What If…?

Boseman died on Aug. 28 at the age of 43, following a battle with colon cancer, which in his last four years progressed from Stage III to Stage IV. His final film performance was in Ma Rainey’s Black Bottom, which landed on Netflix this past weekend and was among the several projects he tackled “between countless surgeries and chemotherapy,” his family shared at the time of his passing.

Now, Marvel Studios chief Kevin Feige has affirmed to Emmy Magazine that Boseman — whose final live-action performance as Black Panther wound up being in 2019’s Avengers: Endgame — voiced the Wikandan king and hero for What If…?, an animated anthology that explores fun, alternate takes on famous Marvel tales.

For example, Boseman’s T’Challa at one point finds himself suited up as Guardians of the Galaxy‘s Star-Lord, as glimpsed in the trailer below.

Other MCU vets lending their pipes to What If…?, which will premiere in Summer 2021, include (but by no means are limited to!) Samuel L. Jackson as Nick Fury, Sebastian Stan as Bucky Barnes, Hayley Atwell as Peggy Carter, Mark Ruffalo as Bruce Banner/The Hulk, Chris Hemsworth as Thor and Karen Gillan as Nebula.