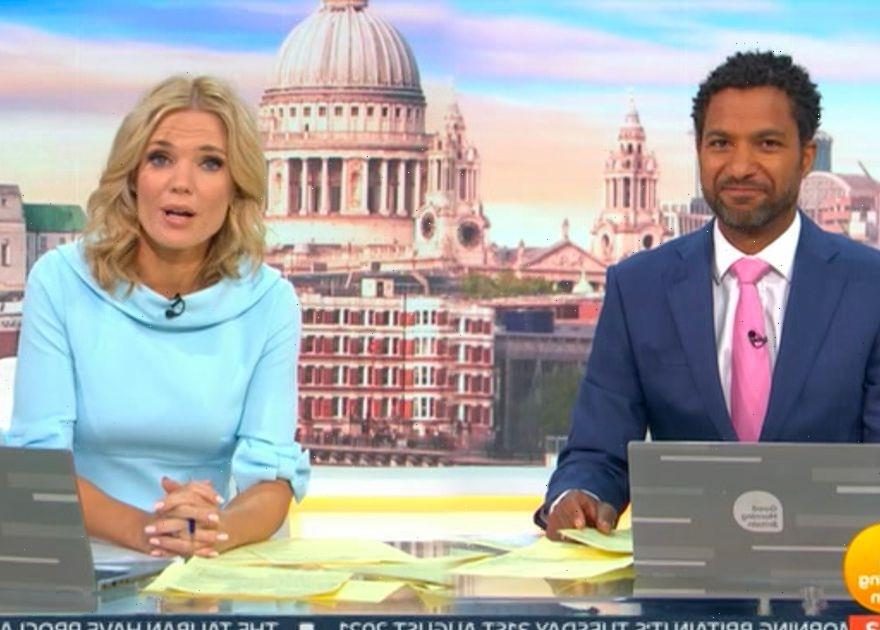 Charlotte Hawkins made a big mistake when announcing the time on Tuesday's episode of Good Morning Britain, that she fronted with co-host Sean Fletcher.

The presenting duo were hosting the ITV breakfast show for a consecutive day after already doing so on Monday.

But Charlotte made a bit of a mix-up when she introduced herself and Sean just after 7 am, claiming it was 8am.

Noticing her gaffe, she then interrupted herself and said: “Sorry, 7 o’clock.”

Sean could be seen smirking after clearly noticing her blunder and then said: “I was gonna say but…”

Charlotte then replied: “I was wishing the time away there, wasn’t I?”

With Sean then jokingly commenting: “I’ll let you just go along with that."

She then went on to explain what was going on behind the scenes and in her earpiece.

Charlotte added: “I could hear everyone in my ear saying ‘Oh, she’s not done something quite right there’”.

Sean then laughed and said: “It was a sigh.”

To which Charlotte added: “It was an intake of breath.

"I apologise, don’t worry, you’re not really late for whatever you think you might have missed this morning.”

This comes after Michael Gove had been the hot topic on Tuesday's programme after the video of him raving at an Aberdeen club has gone viral.

Political commentator Andrew Pierce featured on the show and described another experience he has personally had with watching Michael's moves in the past.

"He was so bad, not two left feet, about five. He was punching the air, it was just extraordinary

"So, when I saw this yesterday I thought I've seen this before. I like Michael very much but do not go on a dance floor Michael Gove."

Political journalist Kevin Maguire also chimed into the conversation to say: "He looks like puppeteer and someone is pulling his strings and they've all gotten mixed up."

Andrew then followed this up by saying: "Politicians shouldn't dance in public."