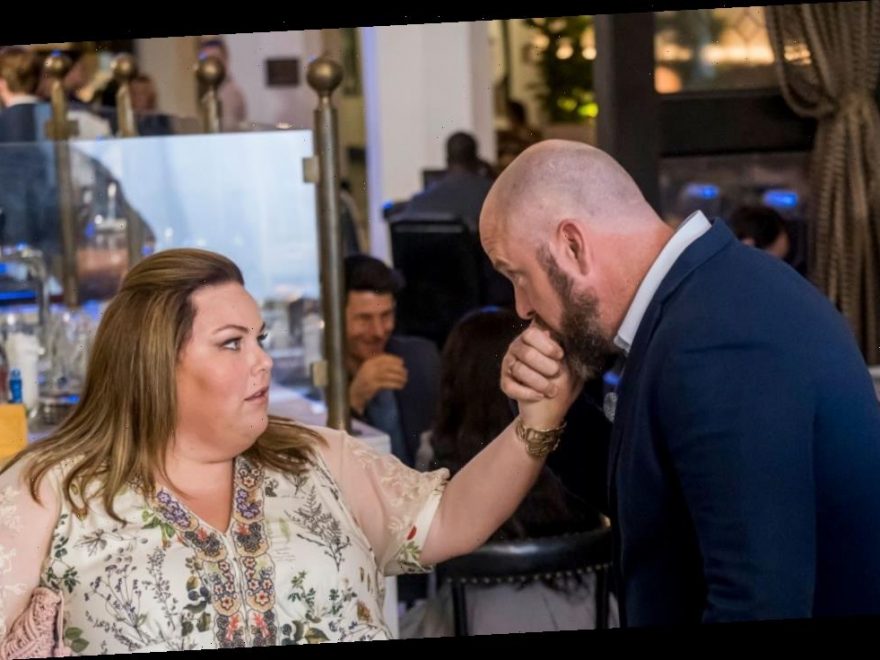 During the This Is Us Season 4 “Unhinged” episode, Kate struggled as her husband, Toby, secretly was thriving. The “booth scene” that played out when Kate met Toby and his clients at a restaurant has fans talking for the way the character handled an uncomfortable situation — and Chrissy Metz, who plays Kate, was praised for her portrayal.

This season of This Is Us has shown Kate and Toby dealing with their life stresses in different ways, with Kate slipping into bad habits and Toby channeling his worry into working out. Worried about how his wife would react to his new Crossfit habit, Toby kept it a secret.

He finally admitted that he’s been working out and apologized for keeping it a secret, as she admitted to overeating and gaining weight due to their post-baby stress.

It’s a storyline that speaks to Metz personally, as she shared with PEOPLE: “It’s one of those things that of course I can relate to because I have those voids with validation from other people or with food or whatever I think is going to make me feel better.”

She continued: “Everybody, to some degree, fills a void withsomething, whether it’s social media, alcohol, drugs, overspending, overeating.We’re either chasing a feeling or trying to get rid of a feeling.”

Metz shared: “But in the long run it never does. It’s just aBandaid on a really big wound that you have to get to the bottom of, because wedon’t like to be uncomfortable as humans. It feels awful, and that’s sort ofwhat she’s doing with her overeating.”

A picture is worth a thousand words… @nbcthisisus tonight at 9pm

During the “Unhinged” episode, when Kate meets up with Toby at the restaurant, she’s stunned to see him looking fit in his suit and a bit thrown off. The group is shown to their table — a booth — where Toby requests a different table, noting that the draft from the vent will chill their soup.

When they’re told there are no other tables, his clients assure him they’re fine with the booth seating and Kate confesses that Toby’s reasoning about the draft is really because she can’t fit in the booth. To ease the awkward moment, she jokes that she should come with a warning for creating uncomfortable moments.

Many fans on Twitter shared how they could relate to this restaurant challenge, with one fan noting: “Chrissy I wish I had your courage. I live the booth nightmare. There are days I have wished myself get hit by a bus rather than deal w the embarrassment horrible people have done to me over it.”

Chrissy responded with a tweet that left her fans inspired,as she replied to the comment: “Your weight does not define you! People’sperceptions are theirs. You are worthy and purposeful no matter what.”

In her interview with PEOPLE, Metz shared more about how she connects with her character, sharing: “Of course, [overeating] was her first way of coping with her father’s death and with all the pain. Feeling like the outcast and even issues from her first love and her childhood, all of that. [Overeating] is suddenly something that she goes back to because it’s easy and food is something you have to do three times a day at least, you know?”

She added, “That’s a real big challenge, and of course, Iget that and I understand that personally. Of course, I bring that [intoplaying Kate]. I think every actor brings something personal to a role.”

Metz is proud of Kate, sharing, “Overall she’s learning tocome to terms with her past and that it’s still in the back of her mind andit’s going to haunt her. It’s really a daily challenge to not hold on to thepain or the guilt or resentment, but just about, keep walking through the hardstuff and keep showing up, because I think that’s the hardest part.”