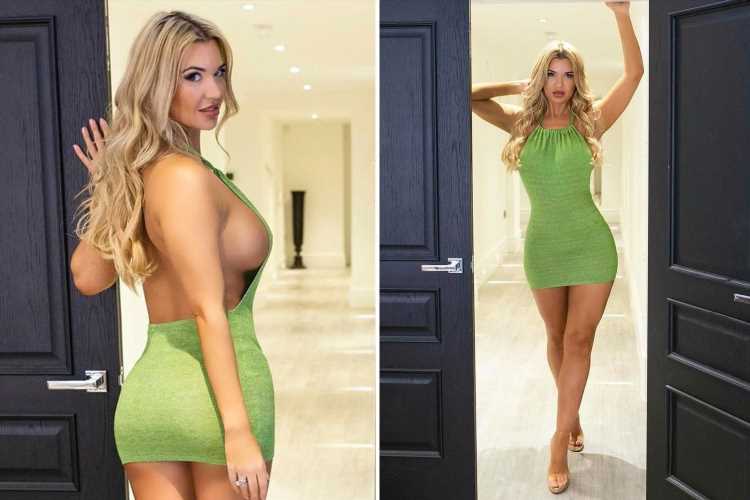 The former Real Housewives of Cheshire star took to Instagram to flaunt her figure in the stunning snaps taken at home. 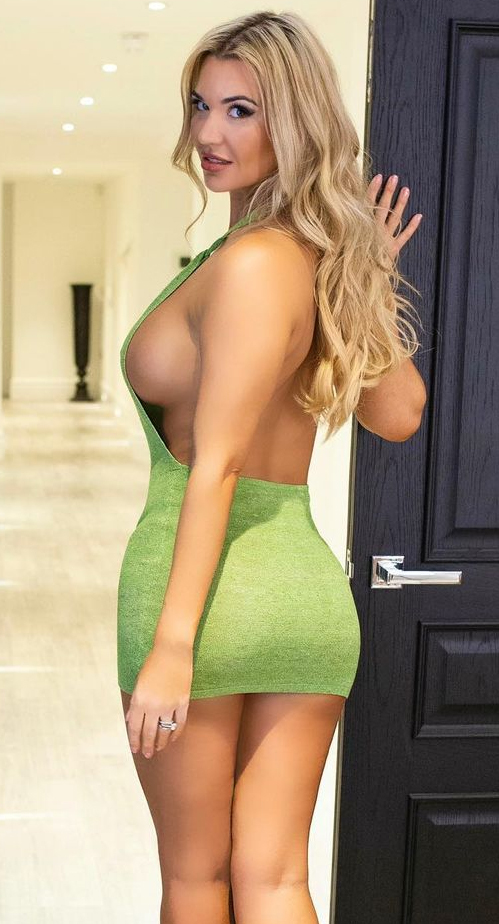 Model Christine, 33, posed within a doorframe of her luxurious abode, showing off the backless dress from all her best angles.

With her ample assets on show, the TV personality turned to face the camera in one sexy shot which revealed her perky side-boob.

Her peachy posterior and incredibly slender pins were also on full display as she stood towering in gold high heels.

The mother-of-three then turned to face the camera in another shot, holding onto the door frame and fixing a sultry stare at the lens. 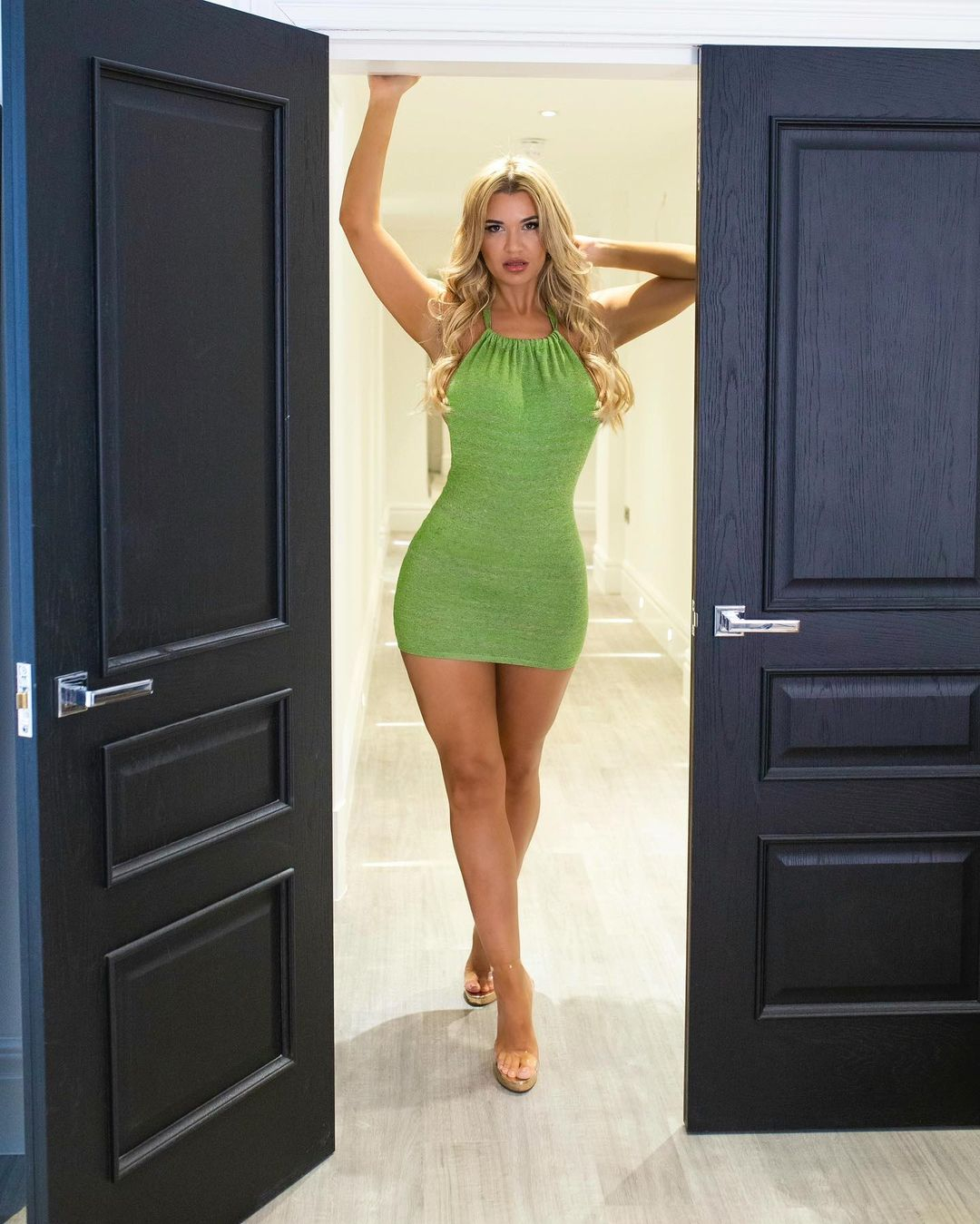 Christine completed her look by letting her long, blonde hair fall in gentle curls over her shoulders, and glammed up with a heavy palette of makeup.

"I'ma leave the door open," she captioned the two snaps, alongside a green love heart to match the colour of her tiny dress.

Christine also took to her Instagram stories to give fans a closer look at her face, filming herself as she smiled to the camera.

The star, who is married to TV host Paddy McGuinness, regularly keeps her followers entertained with stunning and often saucy social media snaps. 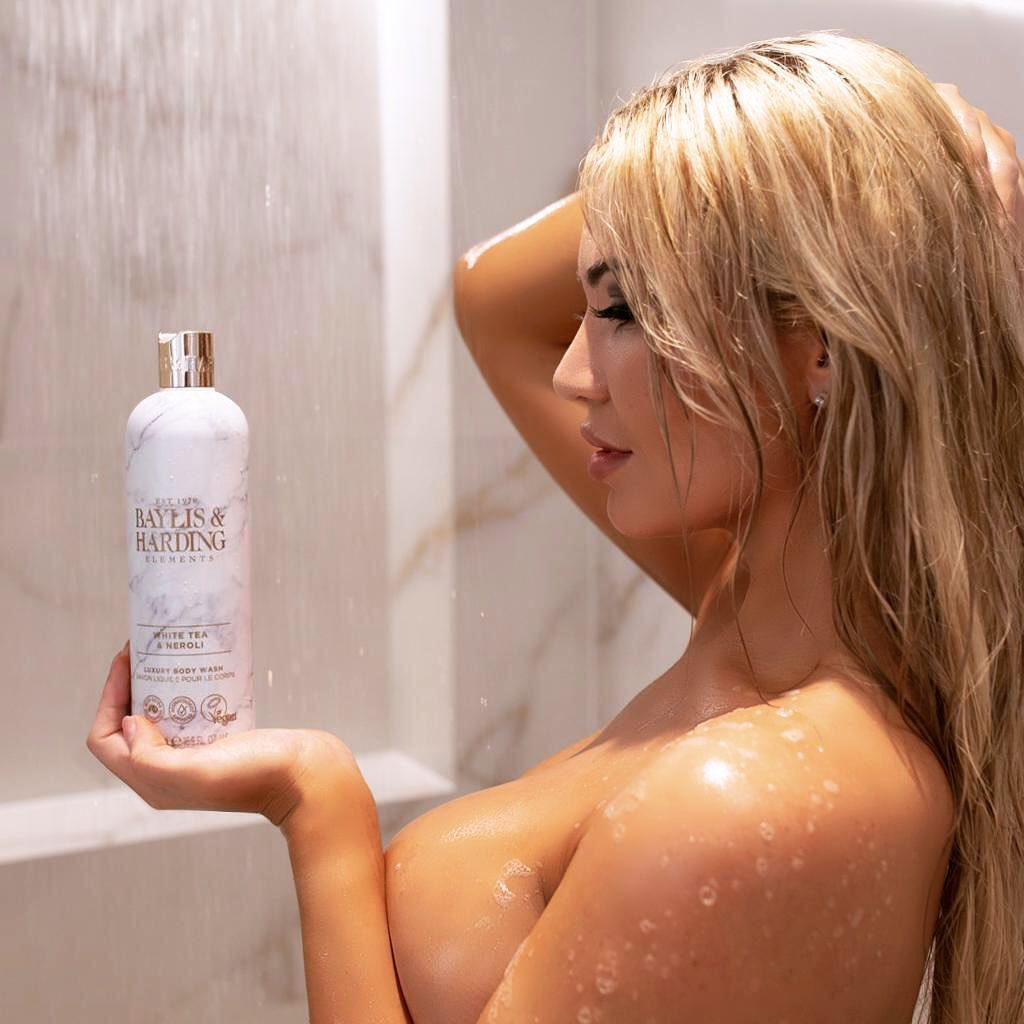 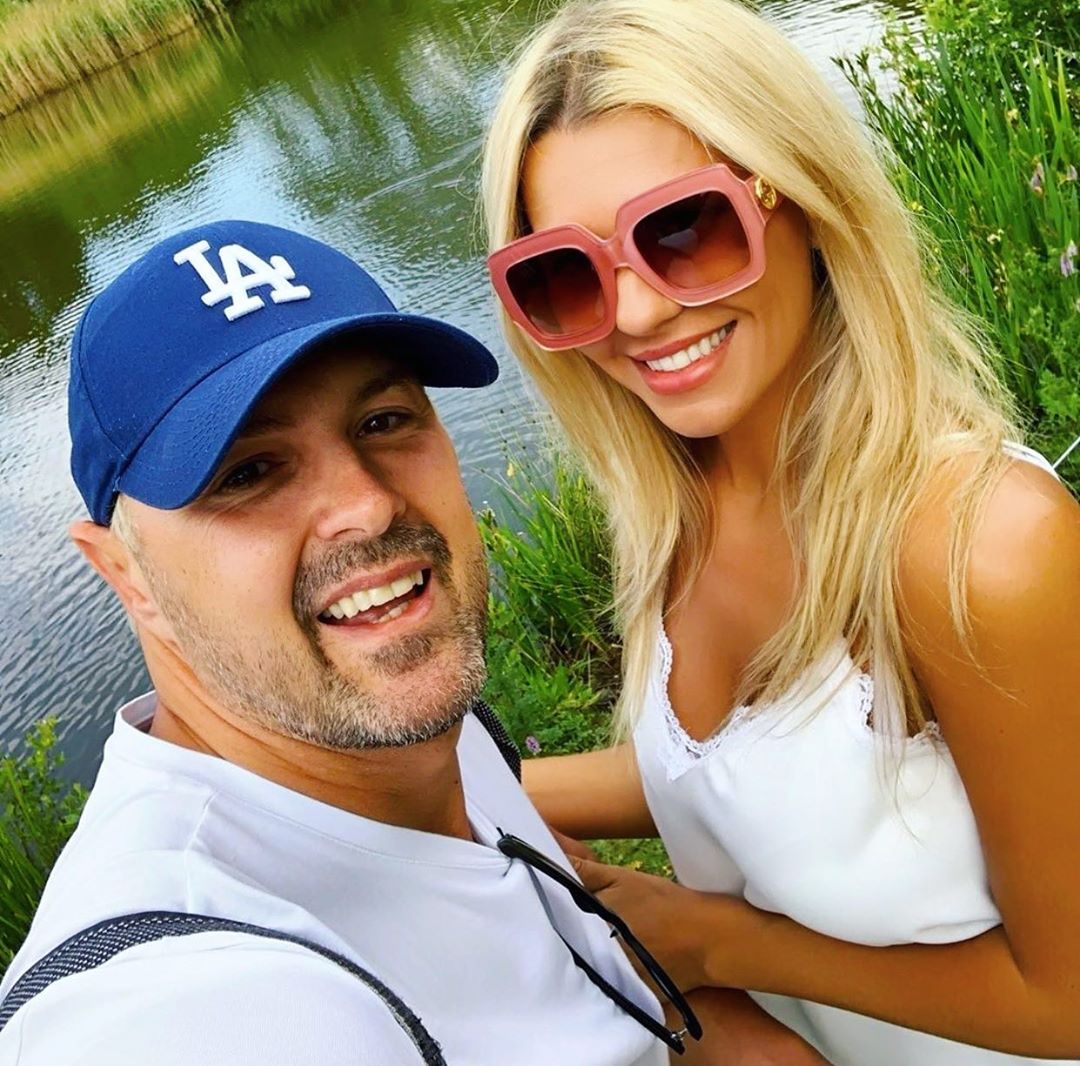 She recently sent fans wild after posing for a steamy topless picture in the shower as she advertised a bubble bath.

The model stripped naked for a shower with only her arm covering her modesty in a post that had fans whistling "whit woo".

And last month Christine was teasing fans again as she showed off her bum in a pair of denim shorts.

The model rocked the high-waisted hotpants with a sheer top tied at the midriff as she posed by a window overlooking a garden. 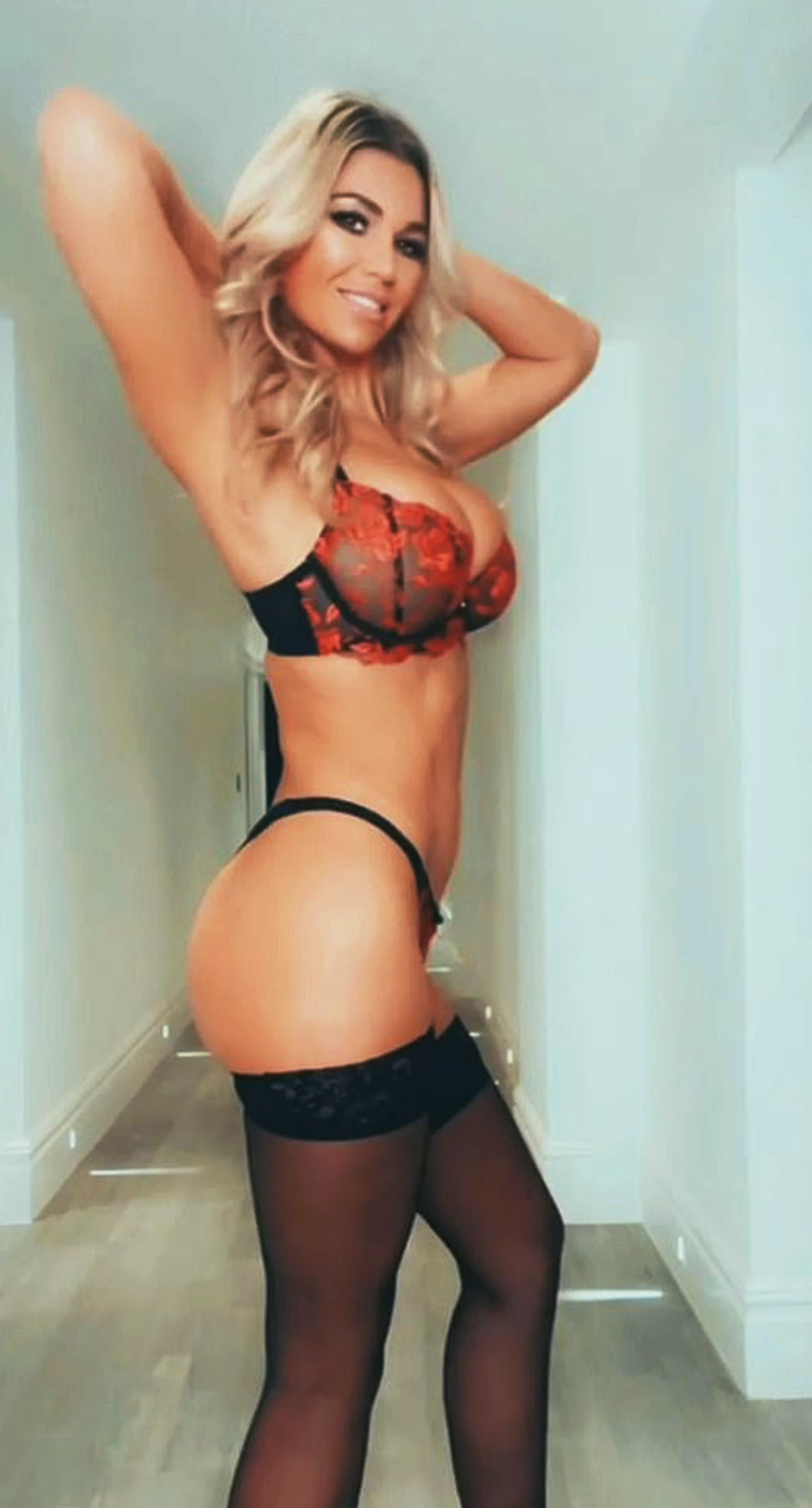 Earlier this year Christine bravely opened up about feeling "weak and broken" as she shed some light on her eating disorder battle.

The 32-year-old star has previously spoken out on her 10-year battle with anorexia, and has now shared inspiring before and after videos.

In the first clip, Christine was topless with one arm covering her chest.

The video then cut to a montage of Christine working out in the gym and lifting weights; ending with a side-by-side of her "before" video and how she looks now.

The star glowed with health and had sexy curves, proudly showing off her toned figure as she confidently strutted her stuff in lingerie.

Christine shared an insight into her mental health in the post's caption, writing: "I feel strong and built and I’m not finished yet."