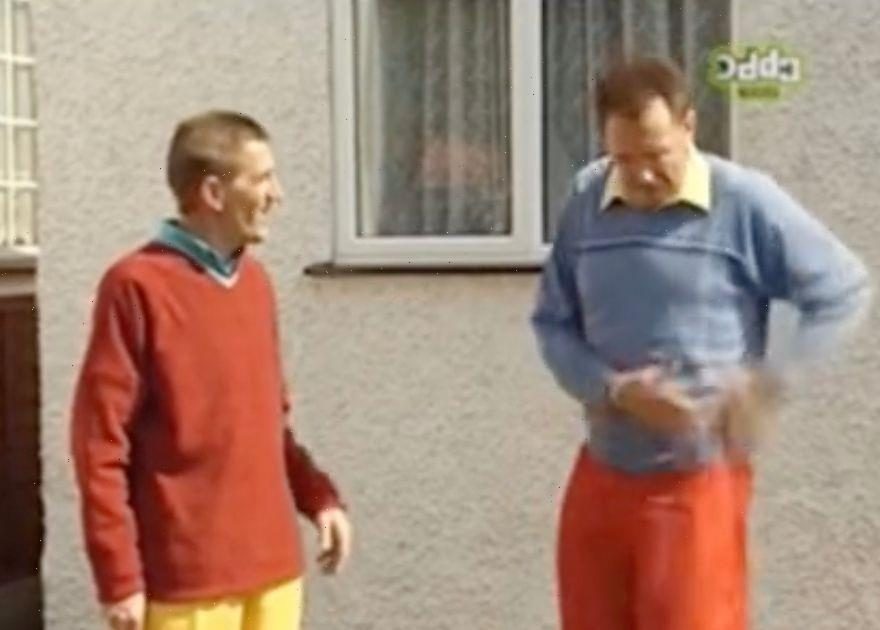 ChuckleVision fans were horrified when they re-watched a clip to find a joke "not as you know it".

The CBBC's flagship show, which featured comedy double act Paul and Barry Chuckle, was one of UK's favourite kid shows back in the 90s.

The episodes were filled with funny jokes that many of young children struggled to understand – until a re-surfaced clip went viral on TikTok.

Posting on an account that shares about "good ol' British nostalgia", the TikToker said: "Eight year old me would not have got that joke at the end though.

"Can't believe they got away with this."

The clip shows Paul trying to explain to Barry that he is talking to a leprechaun, saying: "I can't get rid of him."

"Well I can," Barry says as he bends down to talk to the invisible mythical creature, who he assumes is standing next to Paul.

"You listen carefully. I want you to run along and let my brother get on with his work."

Then he reaches out his hand, presuming to give the leprechaun a tickle on the chin. While Paul looks at the leprechaun, who is laughing from far away, he asks his brother: "What are you doing?"

He then shows Barry that the leprechaun is about his chest height, saying: "He's actually this tall."

Barry quickly wipes his hand on the sweater, suggesting he was tickling the creature's genitals instead, adding: "I've had enough of this!"

Many viewers agreed that they didn't get the jokes until now, adding: "I thought nothing of it back then."

One wrote: "I think that was for the parents."

"It's not as you know it," a second said. "If you didn't get that as a kid, be proud that you had an innocent, sheltered life."

A third added: "And that's my childhood ruined."

Get the latest updates on all the things TV and showbiz by signing up to the Daily Star showbiz newsletter.