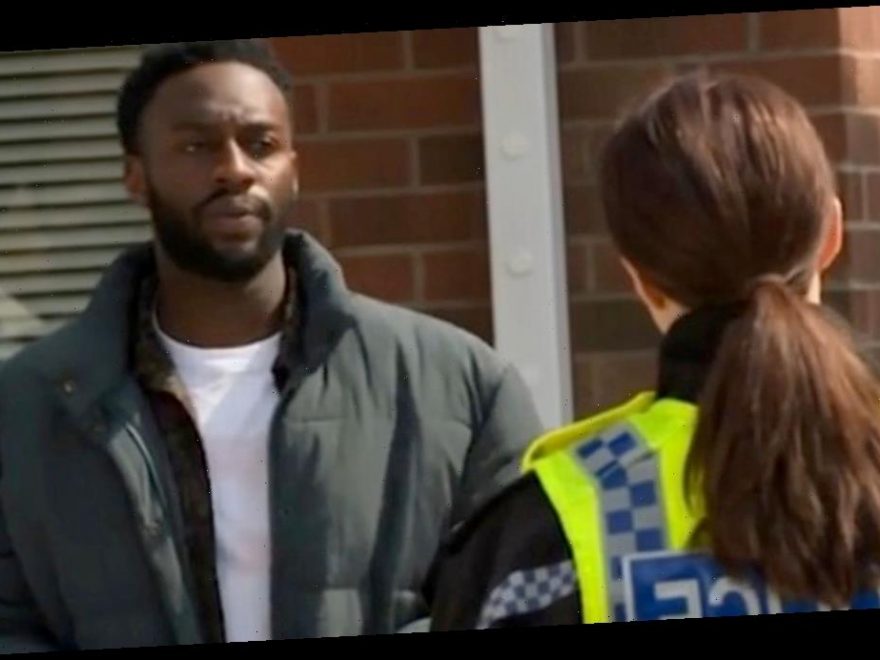 Coronation Street fans are concerned that Craig Tinker (Colson Smith) is being replaced after two new officers came on the scene of the ITV soap.

For a while now it has been a long running joke that the street – and the whole soap – only has one police officer as Craig is often seen attending crime scenes on his own.

However, during Wednesday night's show Craig was replaced by a new female and male officer – and it led to many fans believing he is being replaced.

The police officers entered the scene after a desperate Michael asked for Grace's address but things quickly turned to chaos.

Ed was left shocked when he opened the door to find a frenzied Grace claiming Michael had abducted Tianna.

Grace said she had no other option to call the police – so she rightly did.

But as she was calling the police, Ed searched for Michael before finding him and Tianna in Victoria Gardens.

As they arrived back at the house, two police officers stepped forward and arrested Michael on suspicion of child abduction.

But viewers were confused not to see Craig on the scene.

One tweeted: "Two new police officers just arrested Michael. Must be Craig’s day off, he’s usually the only one in Weatherfield!"

Another said: "A police officer that isn’t Craig. Wow."

"Why was Craig not there to arrest Michael?" Said another.

And another questioned: "A copper and it’s not Craig?"

It comes after fans were raging recently after Daniel Osbourne admitted he stole money from Geoff Metcalfe to help out Nicky Wheatley, leaving Craig Tinker fuming as he risked messing up his son's life.

Daniel admitted to stealing money from Geoff Metcalfe (Ian Bartholomew) in order to help Nicky, though Geoff appeared to be feeling lenient.

But when Craig found out, he went to see Daniel and fumed at him as he didn't just have himself or Nicky to worry about – he had little Bertie too.