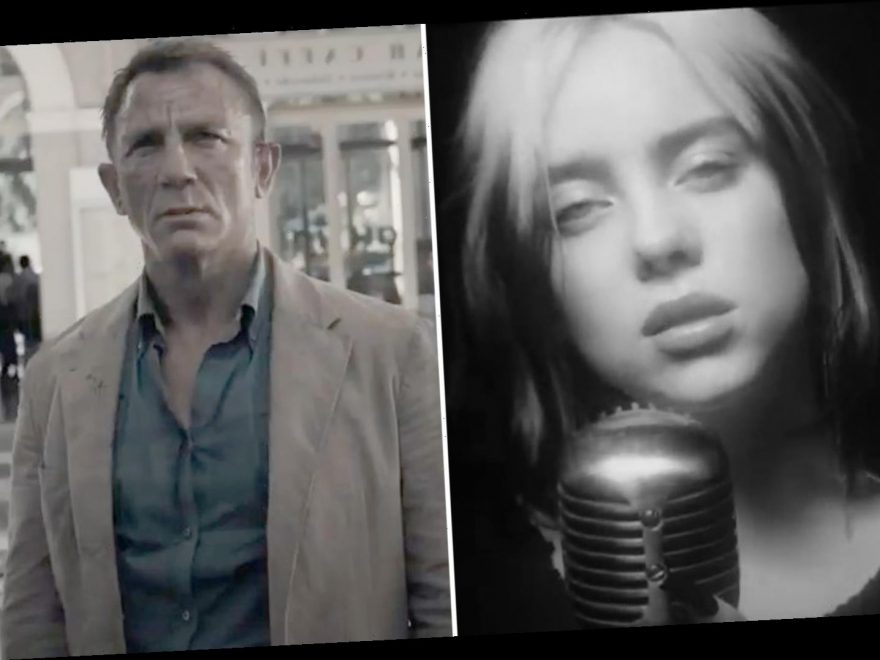 The four-minute track shows the 18-year-old singing in front of the mic in black and white footage, which includes scenes from the upcoming 007 film starring Daniel Craig.

Fans went wild for the video – which was directed by Daniel Kleinman.

Tweeting out a teaser with a link to watch the whole thing on YouTube, Billie told her 4.9million followers: "Billie Eilish – “No Time To Die” Music video out now."

Eilish has won five Grammy Awards – including Album of the Year.

She wrote the record with brother and songwriting partner Finneas Eilish.

The teenager is the youngest artist in history to write and record a James Bond theme song.

Past singers of the Bond theme include Shirley Bassey, Madonna and Tina Turner.

Speaking previously about recording the hit, Billie said: “It feels crazy to be a part of this in every way.

"To be able to score the theme song to a film that is part of such a legendary series is a huge honor.”

No Time To Die is slated to be Daniel Craig's final appearance as James Bond and sees him go up against a new baddie, played by Rami Malek.

Confirming Daniel has put away his spy gadgets for the last time, producer Barbara Broccoli said: “There’s a few lines that are in the script that Bond fans will love from the books and some wonderful locations that are described in the books.

“We consider this film to be a classic Bond film but with a modern twist.

“It’s also vitally important because it is the fifth and final one that Daniel Craig is going to be doing, so it’s a culmination of everything his portrayal of the character has been through and it ties up all the storylines.